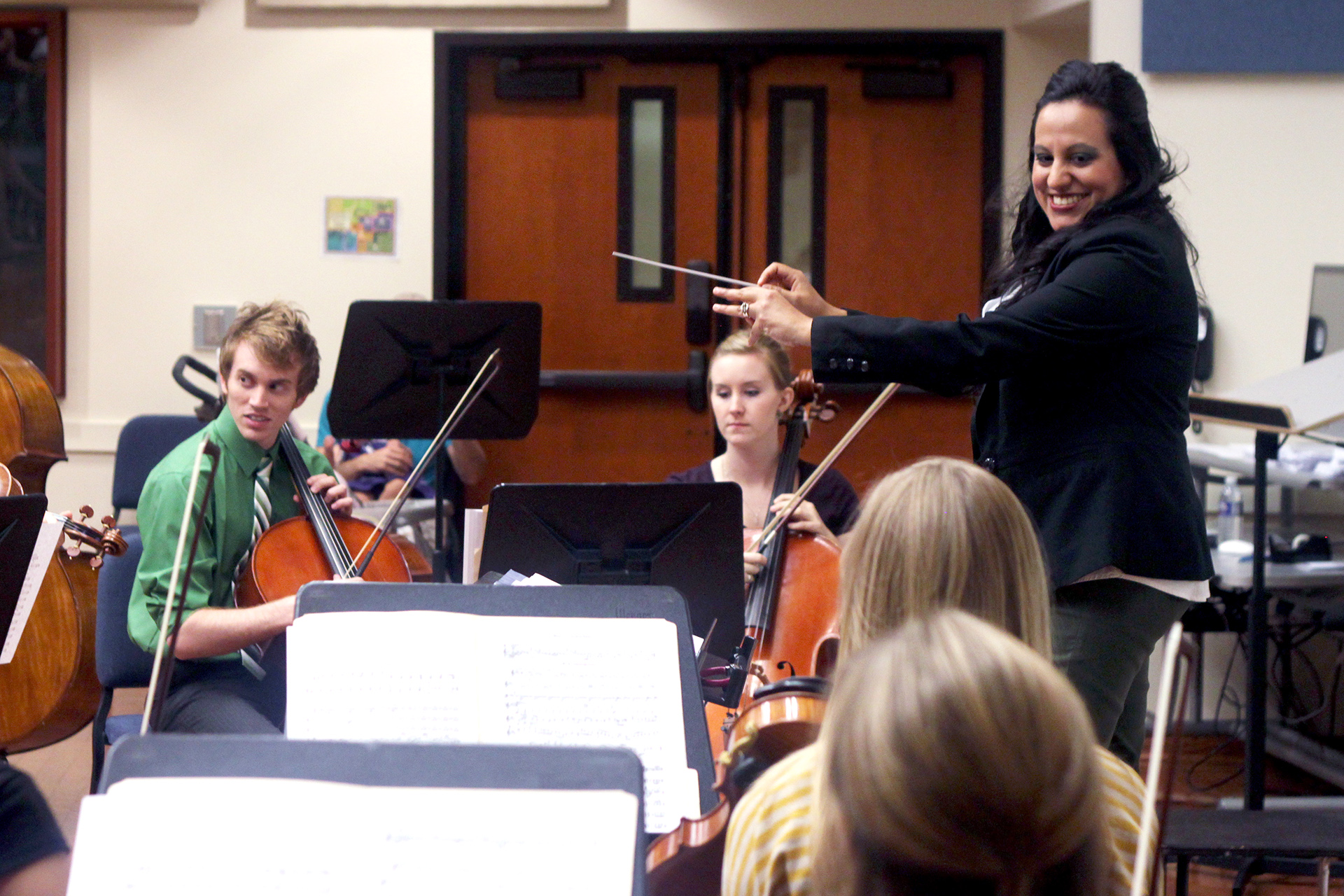 Riverside, Calif. (June 22, 2017) – Ruth Noemy Wheeler, violin instructor and Symphony Orchestra conductor at California Baptist University, believes in the concept of lifelong learning. That is why she recently took time to once again assume the role of a student.

Wheeler attended the Starling-DeLay Symposium on Violin Studies at the Juilliard School of Music located at the Lincoln Center for the Performing Arts in New York. Wheeler was one of 200 musicians selected worldwide to attend the symposium that was held from May 30-June 3. It was Wheeler’s third time participating in the conference. She also attended an orchestra-conducting workshop at the New York Conducting Institute from June 4-6.

The knowledge gained in these opportunities not only challenges Wheeler to develop her own talents and creativity, but she also observed how the instructors taught the students. Wheeler enjoys learning from others.

Wheeler has grown up in an environment of instruction. Her dad, Gilberto Orellana, Jr. is a violinist, composer and conductor, and has professional ties to the National Symphony Orchestra in El Salvador. Since the age of three, when she picked up her first violin, Wheeler has sought to become like her dad.

Wheeler recalls her first memories of playing the violin as both fun yet hard.

“I realized it wasn’t easy,” Wheeler said. “The violin doesn’t play by itself.”

Wheeler continued to follow in her father’s footsteps while developing as a young promising violinist. She attended the Superior Conservatory of Music in Malaga, Spain. She then earned a master’s degree in violin performance and conducting from CBU.

She joined the music department at CBU as an adjunct faculty in 2010 teaching violin and then transitioned into a lecturer in 2012. That year she also started to conduct the Symphony Orchestra.

Wheeler is also a concertmaster for the Corona Symphony Orchestra and works with the Riverside Arts Academy, which provides low-cost and free arts programs for the community.

Wheeler said she seeks to connect with her students by following Jesus’ example and caring for each one of them.

“One of my goals is to inspire my students to build up their character and to be able to be successful in their musical craft,” Wheeler said.