MLB player speaks about “being a light” for Jesus 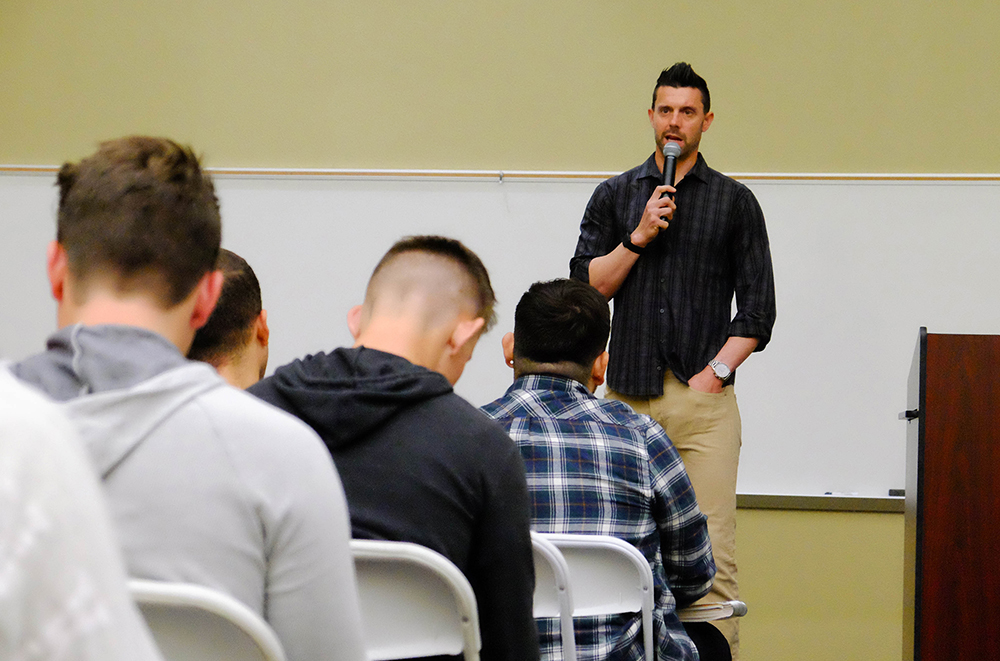 Stewart, a Major League Baseball free agent who has played for Chicago White Sox, New York Yankees, San Francisco Giants and most recently the Arizona Diamondbacks, spoke as a part of the College of Health Science Distinguished Lecture Series.  Stewart, 36, has been a professional baseball player since he signed a pro deal in 2001 after spending one year playing college baseball at Riverside Community College.

Stewart said early in his career he defined himself as purely a baseball player and believed God put him on this earth to just play ball. However, as he has grown in his faith, he now has a new passion—to spread the Gospel and be a light to the world.

“Once I had that focus, it made baseball playing much easier,” Stewart said.  “At the end of the day, I found who cares what happened on the baseball field. Did I represent Christ in a good light?”

It is important to focus on what really matters, he added.

“Never be satisfied where you are at, constantly strive to be your best, not the best,” Stewart said.  “Give your best everyday no matter the outcome. This perspective made me who I am and I would not be in this position if it were not for that shift.”