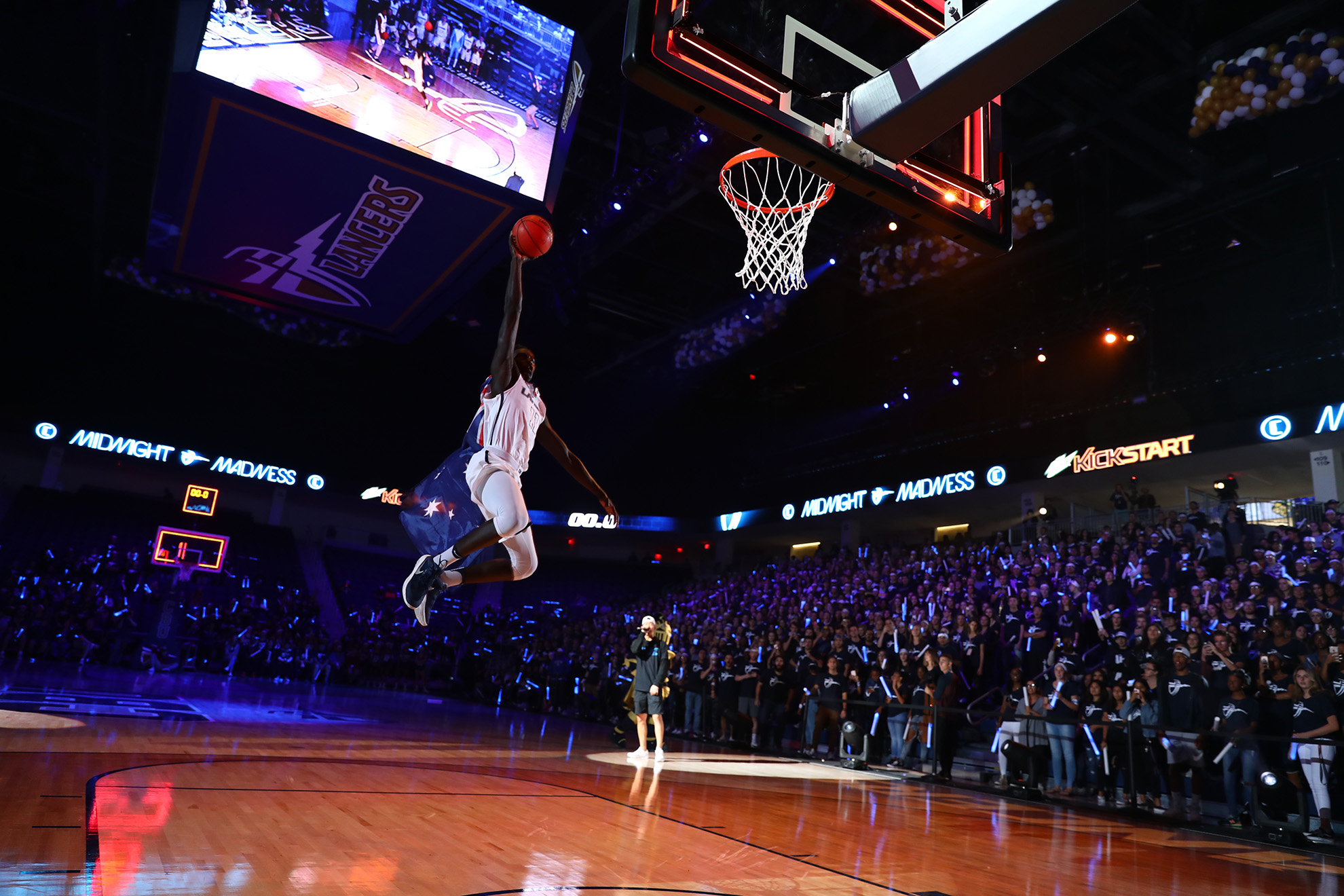 Students began lining up hours before the start of the event, one of the most popular activities at CBU, to obtain prime seating. Midnight Madness featured an introduction to both the men’s and women’s squads, a 3-point shooting contest, a dunk competition, cheer routines and plenty of Lancer pride. This basketball season will be the first hosted in the Events Center.

Lancers have many reasons to be enthusiastic about the upcoming season. The men’s squad is ranked No. 14 nationally by the Association of Basketball Coaches NCAA Division II Preseason Poll and named preseason favorite to the win the PacWest Conference. Additionally, The Basketball Times tabbed Kalidou Diouf, starting Lancer center, with an all-American selection. The Lancers are aiming for their fifth-straight NCAA postseason appearance. The men’s team will start its season at home on Friday, Nov. 10 at 7 p.m. against California State University, Dominguez Hills.

The women’s squad is coming off three consecutive PacWest titles and two NCAA D-II West Region titles in the past three years, with a 93-13 record during that time span. The women’s first home game is on Friday, Nov. 10 against California State University, San Marcos at 11:30 a.m.