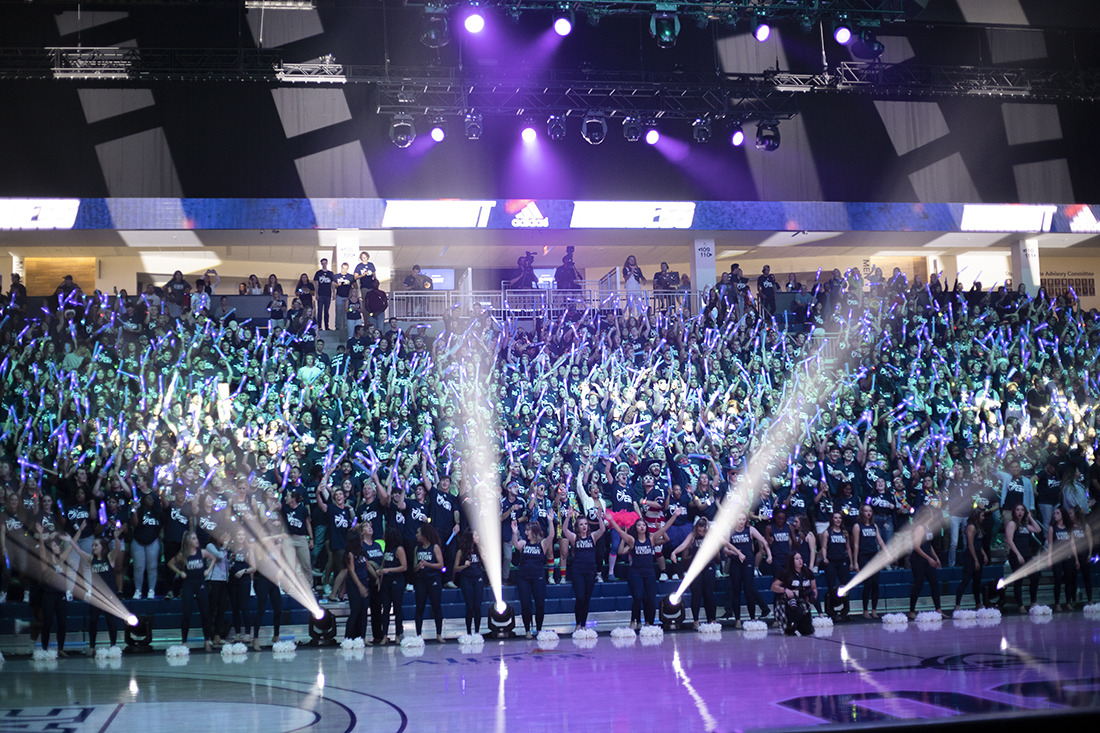 Riverside, Calif. (October 25, 2019) – Vivian Woodson, a freshman nursing student at California Baptist University, rushed through the doors as they opened for the Midnight Madness event on Oct. 25. In true Lancer spirit, even losing one of her sandals did not deter her from finding a prime seating spot. 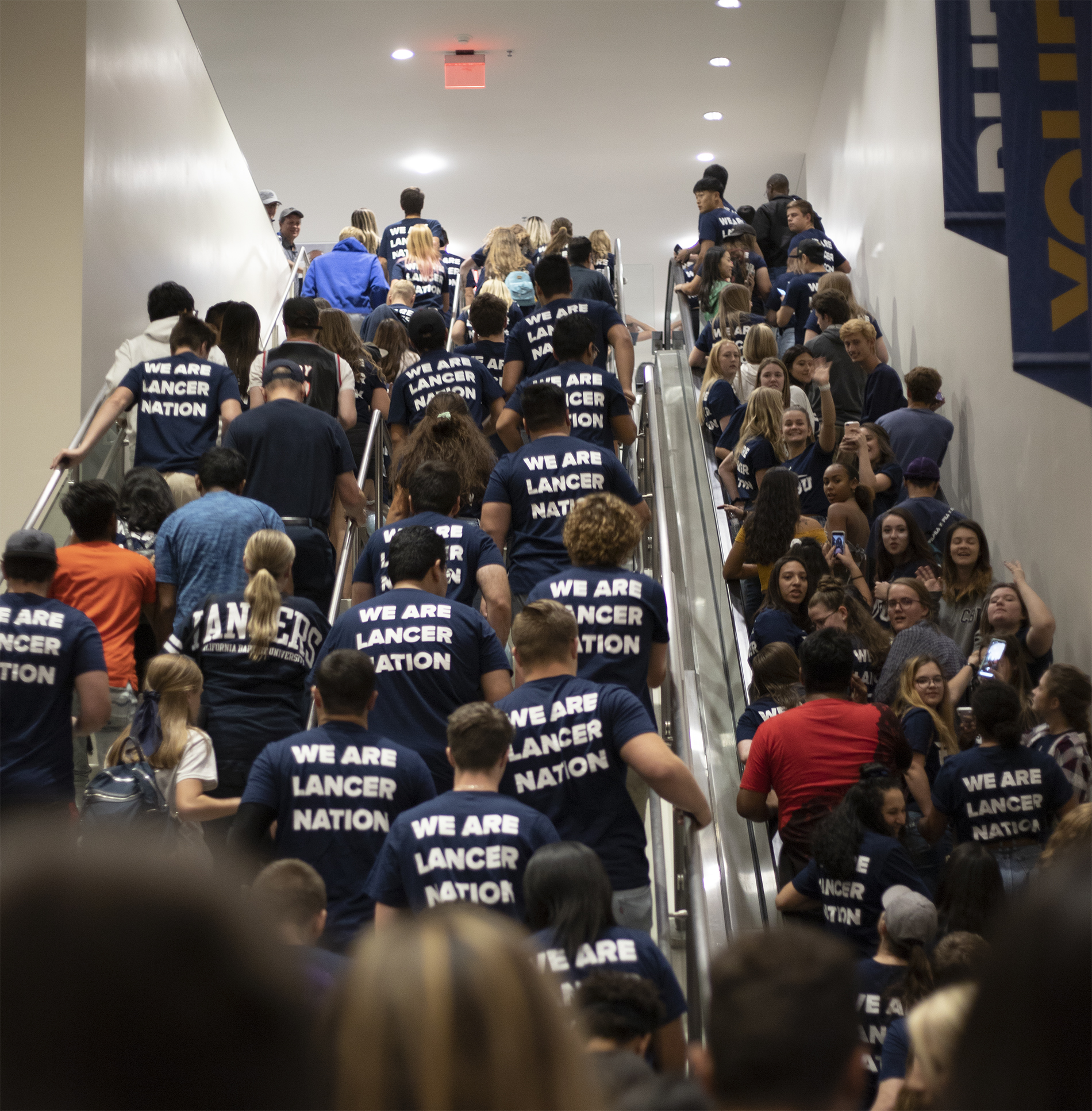 “I lost my sandal due to all the excitement, but it was so much fun,” Woodson said. “I really enjoyed the event and being able to meet new people.”

Midnight Madness drew thousands of Lancer fans who lined up outdoors in Lancer Plaza hours before the event to welcome in the new basketball season. Midnight Madness featured routines by the CBU dance and cheer teams, an introduction to both the men’s and women’s basketball teams, a 3-point shooting contest and a dunk competition. 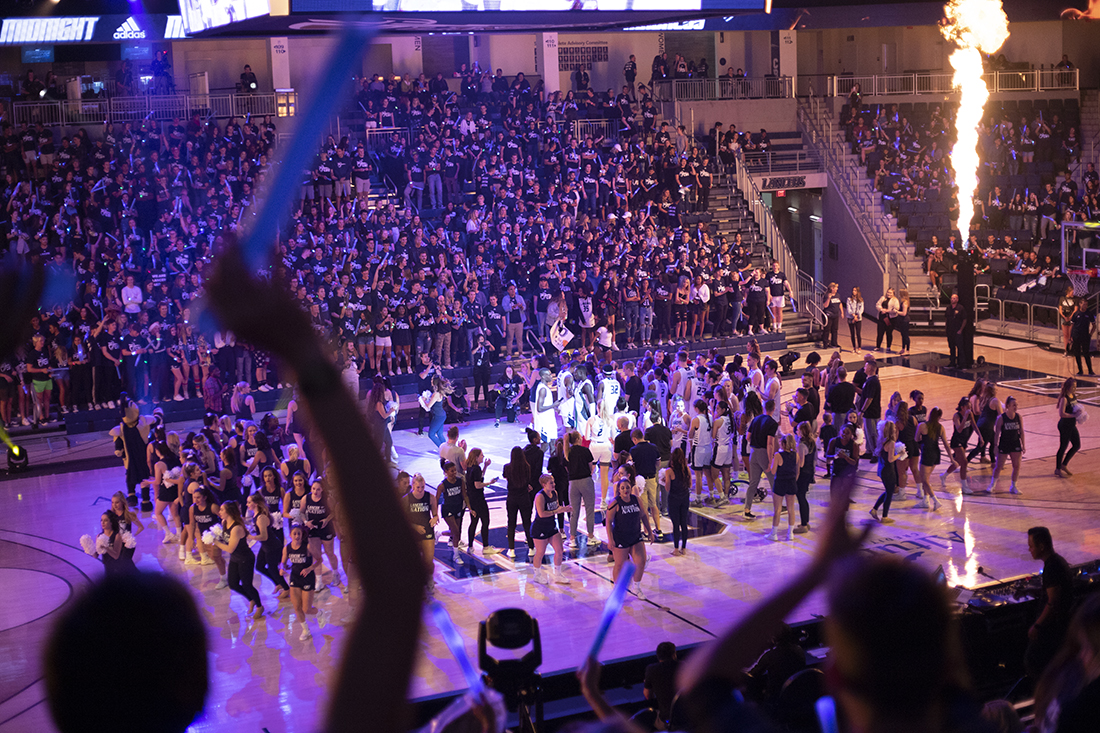 For Isabella Diaz, this was her first Midnight Madness event. Diaz said she did a lot of “oohing and aahing” at the combinations of lighting, smoke and fire displayed at the event.

“I liked how the students came together to support the basketball teams and it was a good sight to see,” Diaz said.