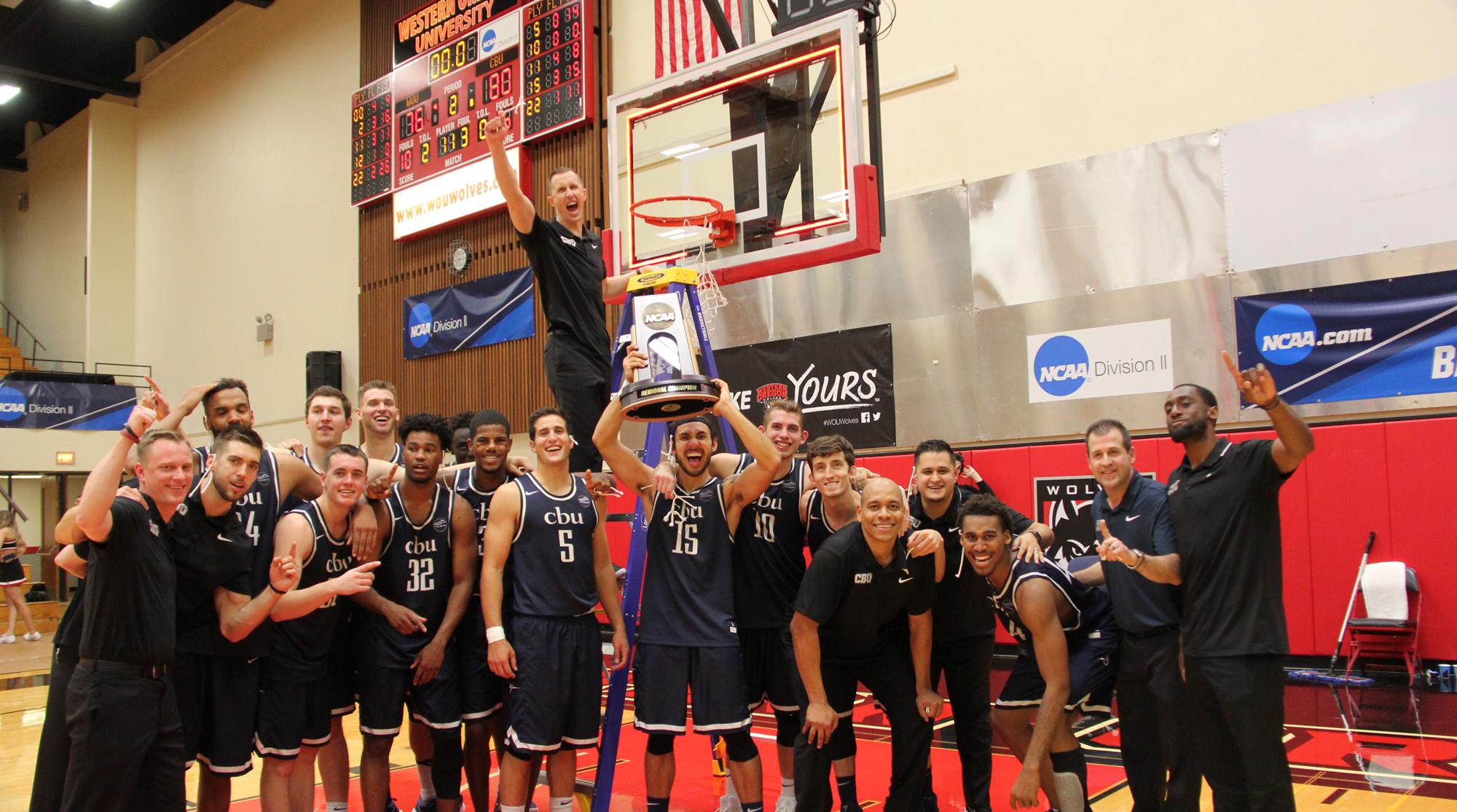 The Lancers gave the Wolves their first defeat on their home court this year and also snapped their 24-game winning streak. The Lancers improved to 28-5 on the year and advance to the Elite Eight tournament, scheduled for March 20-24 in Sioux Falls, South Dakota.

Kalidou Diouf led the Lancers with 23 points, while Jordan Heading chipped in with 15 points. CBU out-rebounded the Wolves 42-to-30 with Diouf and Heading each grabbing seven boards on the night. The duo was named to the All-West tournament team, with Diouf receiving the Most Outstanding Player honors. 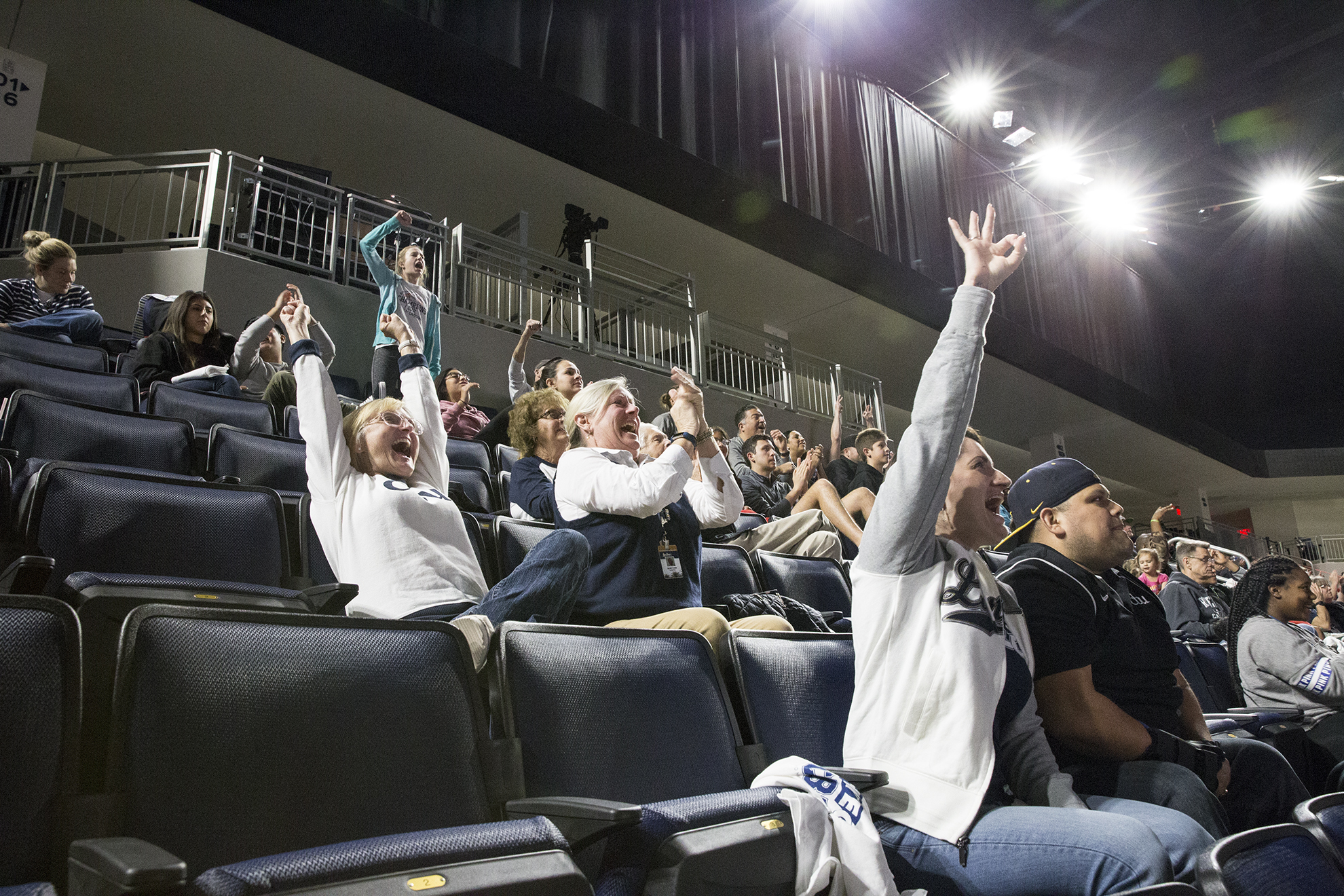 Hundreds of faithful Lancer fans cheer on the men’s basketball team at the Events Center at California Baptist University on March 12. The men’s Sweet 16 performance was shown live on the arena’s large digital screens, allowing fans to witness the team’s historic victory.

“This was our best performance of the year and we knew that it would take that tonight,” said Rick Croy, head coach of CBU at the post-game press conference. “We have a united university, and we wanted to represent that. We also have a group of guys that are extremely blessed to represent CBU.”

The Lancers will find out their next opponent after the remaining regional tournament games conclude on March 13.