Lecturer talks about working toward equality for women in leadership 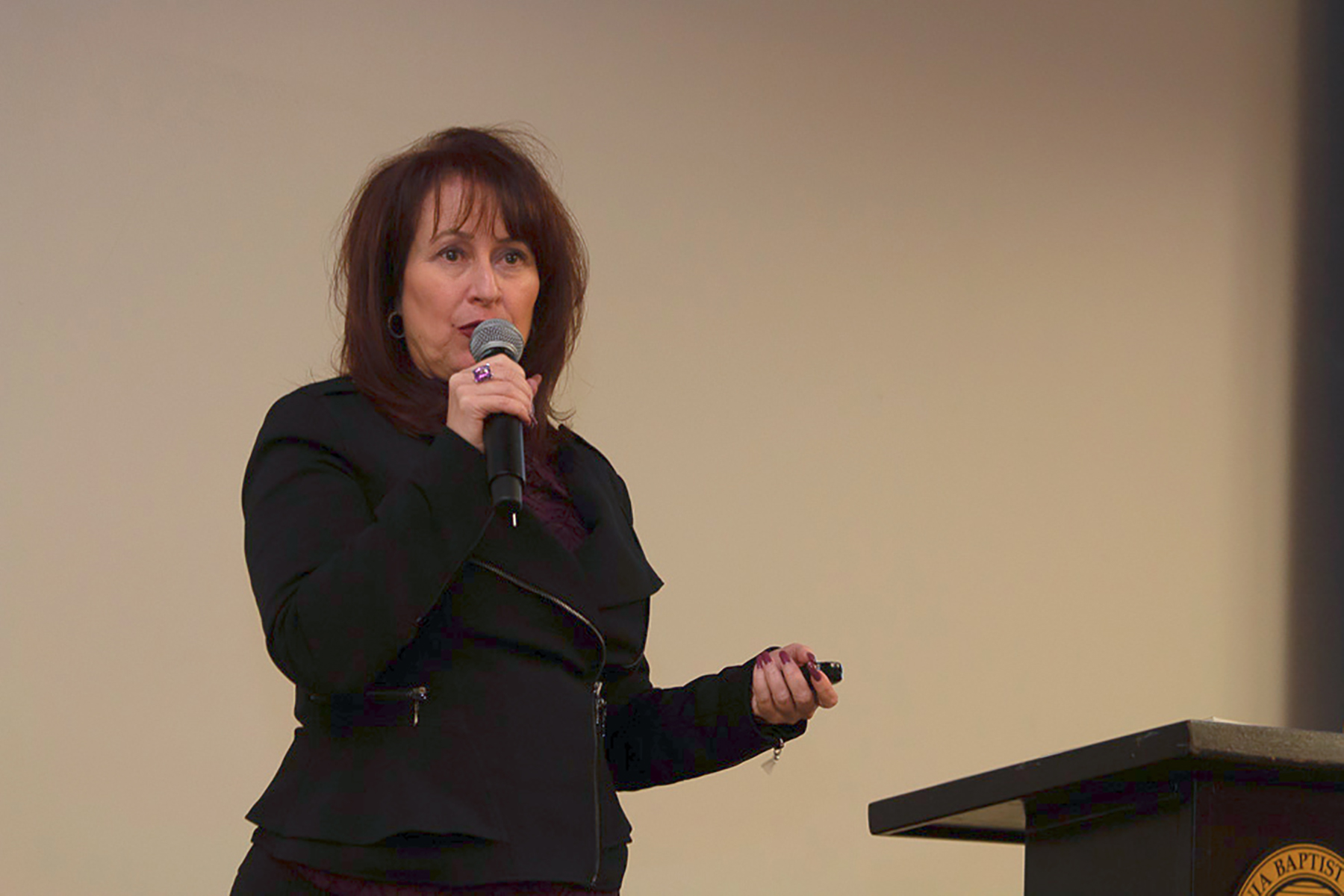 Riverside, Calif. (Oct. 13, 2021)—Men and women have God-given qualities that they should be allowed to use to bless others, regardless of their gender, Dr. Heather Williams told an audience at California Baptist University on Oct. 12.

“God would not have given you gifts, talents and strengths for you not to use them,” she said.

Williams spoke at the Dr. Paul and Annie Kienel Leadership Institute’s Leadership Seminar Series. She talked about the barriers women face in management positions and how men and women can work toward equality. Williams is the executive director of personnel services at the Riverside County Office of Education and the human resources president of the Association of California School Administrators.

The lecture began with statistics regarding differences between the numbers of men and women in leadership positions. In 2019, 40% of businesses were owned by women; in Fortune 500 companies, there are only 41 female CEOs, or about 8%. For every 100 men who get promoted to entry-level management positions, 79 women get promoted.

Williams advised women to step out of the office and engage with male coworkers at social events like lunch and sports games to make themselves visible, despite many women’s natural tendency to choose to work through lunch breaks and other gatherings.

“There’s no award for ‘Overworked Female of the Year,’” she said.

Williams recommended that women seek out mentors with integrity and skill in their industry to help develop their own skills.

“Being a mentor increases your network, too,” she said.

Mothers are frequently assumed to be less dedicated and capable leaders because they have children, Williams said. She said that mothers can both hold management positions and parent their children. She did it herself as a single mother of two who also raised her nephew, all while getting her doctorate.

There are several things men can do to promote equality in the workplace: calling out the derogatory language used to describe female leaders, supporting the women around them, and considering whether they would want their sisters or daughters to be treated the way they see other women treated, Williams advised.