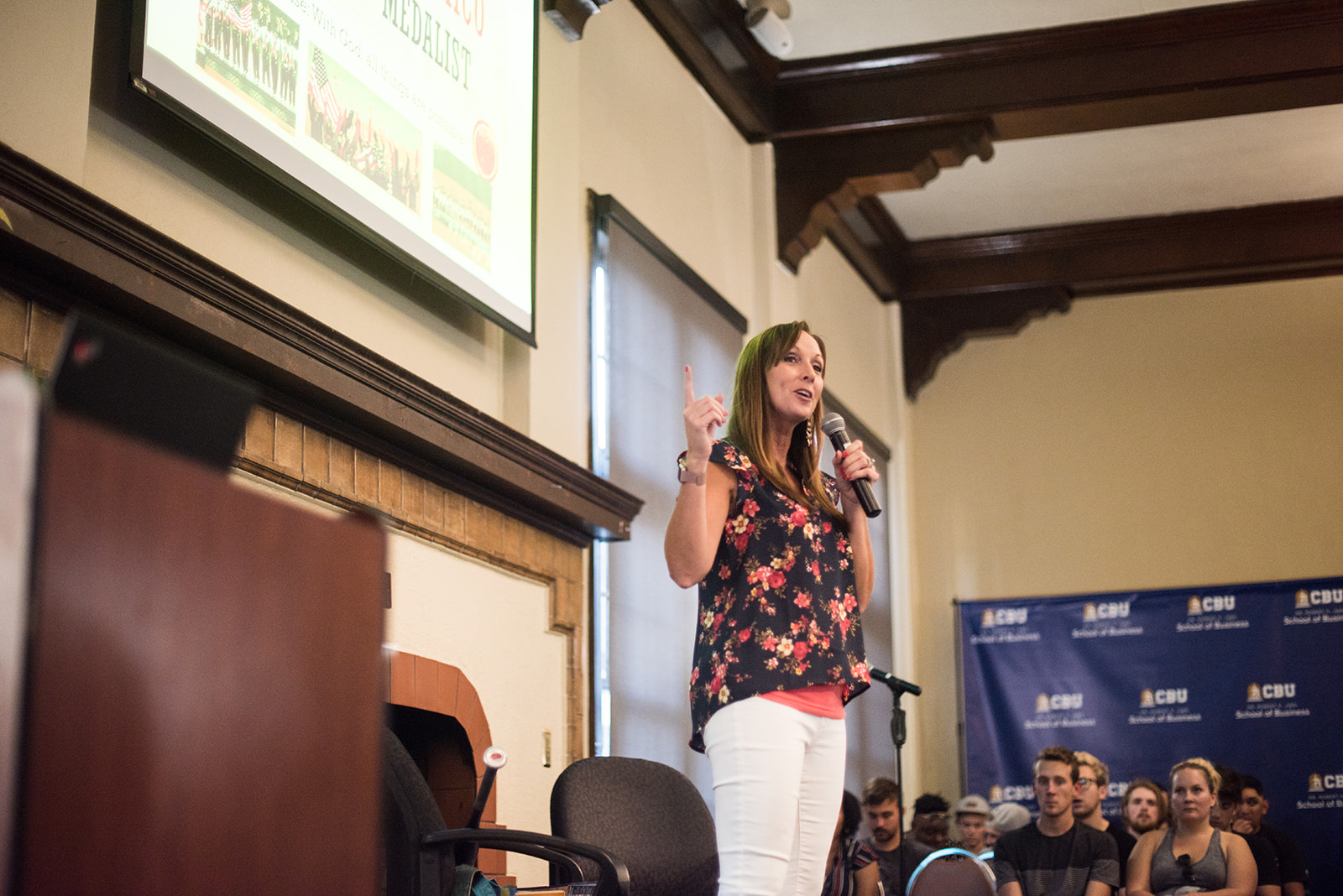 Riverside, Calif. (Sept. 28, 2018) – God can do more through us than we can imagine when we honor Him, Leah O’Brien-Amico told a California Baptist University audience on Sept. 27.

“At the end of the day, you can inspire people all you want, but without Jesus Christ it ends up being meaningless. When He’s at the heart of it, it changes lives forever,” Amico said.

Amico, who grew up in Chino, California, is an inspiration herself. She earned three Olympic Gold Medals as a member of U.S. Softball team in consecutive appearances: 1996, 2000 and 2004. Amico is now a motivational speaker, a softball analyst and an instructor at softball clinics around the country.

Amico recalled her pounding heart as it beat nervously during her first time playing in the Olympics in Atlanta, Georgia, in 1996.  She was able to calm her nerves by focusing on all the preparation she had done to get to that point.

"I remember thinking, ‘it's the same thing you've played since you were a little girl. Do the little things. It doesn't matter the stage,’" Amico said.

When you are in a situation that seem bigger than what you are comfortable with, remember the training and talents that have gotten you there, Amico told the students.

Amico relayed her experience at her first speaking engagement. She managed to address the audience for only 20 minutes out of the 60 she was given. She never wanted to speak again, Amico said. However, a coach encouraged her to view first time experiences as a learning exercise.

"I encourage you to be OK with struggling, or with having a really bad first experience or maybe even a second experience," Amico told the students. “You’re not going to get better if you never try."

Amico said she was thankful that God has combined her passions for softball, speaking and sharing His truth throughout the country.