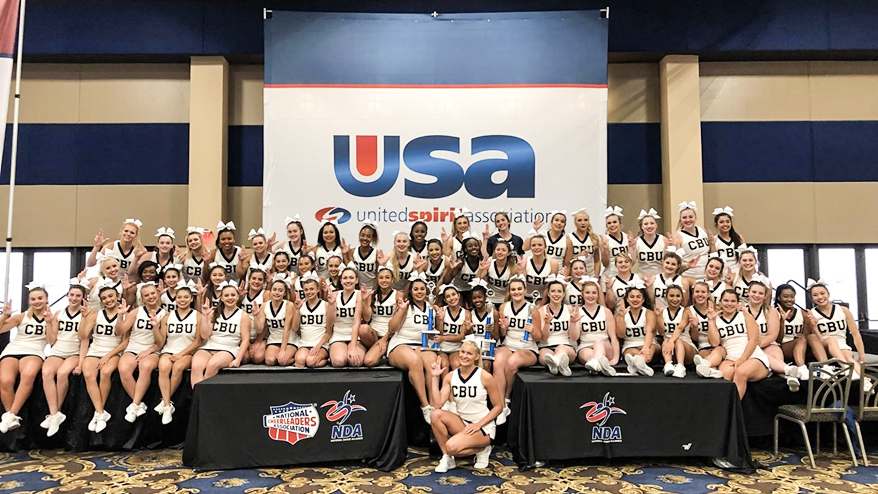 Riverside, Calif. (Aug. 14, 2019) – The Lancers cheer squad kicked off its 2019-20 season with a successful placing at the National Cheerleaders Association (NCA)/ USA Collegiate Camp held in Las Vegas, Nevada, from Aug. 1-3. The Lancers secured a first-place finish in the Game Day Run-Off and All-Girl Rally Routine events. Additionally, CBU finished second with 149 points, only three off the lead, in the Best All-Around event.

"This is a great start to the 2019-2020 season," said Olivia Miller, assistant cheer coach at CBU. "Pulling together two competition-ready routines in such a short amount of time is always a challenge, but the work was definitely worth it. The skill and dedication of this new team is exciting, and the entire coaching staff is looking forward to a great year with these athletes."

The cheer team is in contention for its eighth consecutive NCA Cheer Championship. This past year, the Lancer secured its inaugural win as a D-1 program. The Lancers remain undefeated in the NCA since 2013.