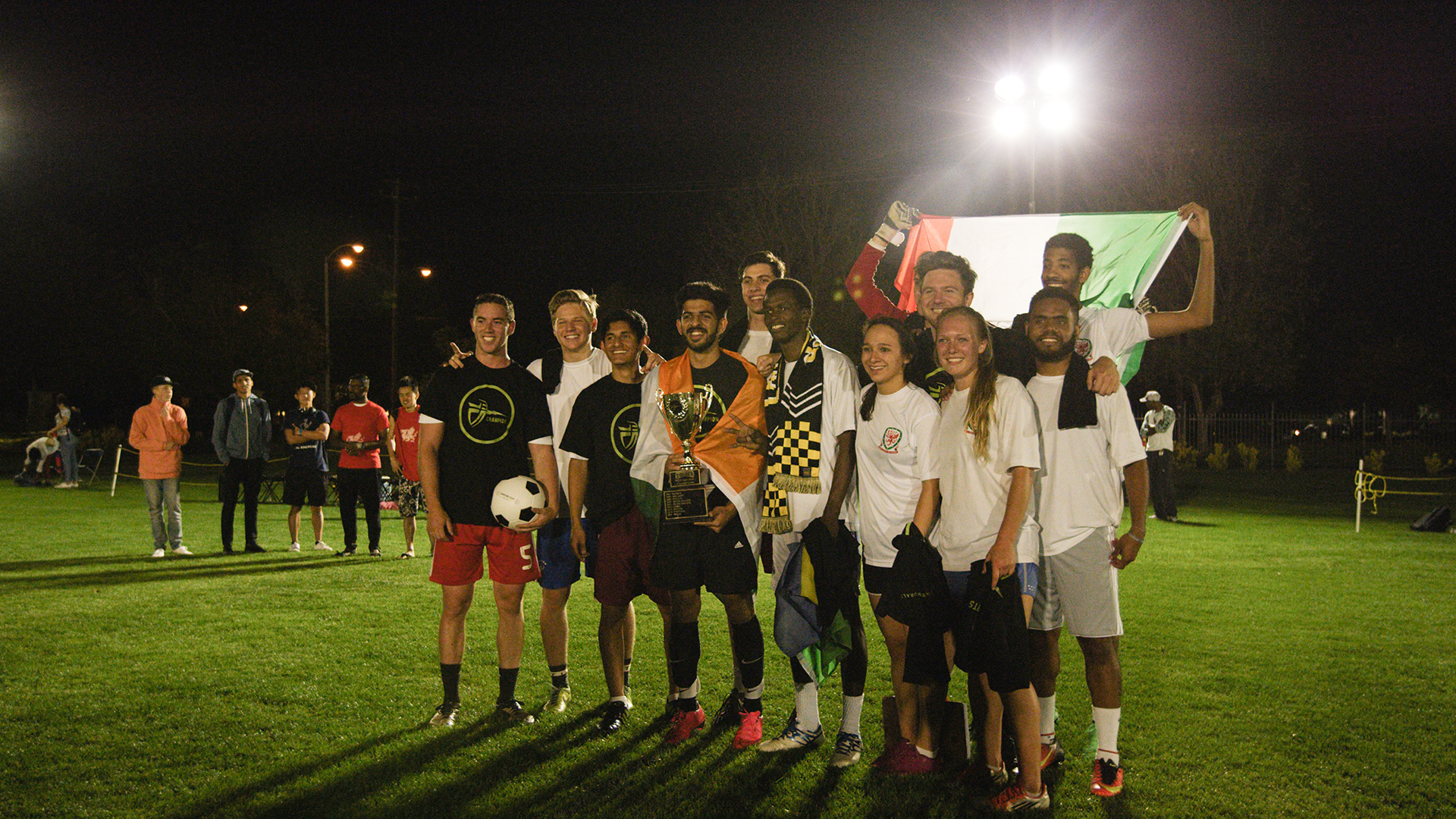 Wales displays the Lancer Cup trophy after they defeated Ireland, 3-2, at the intramural soccer championship game on April 11 at California Baptist University.

The Front Lawn was transformed into a mini soccer stadium to host the championship game that featured bleacher seating, live pre-game entertainment along with several food trucks parked near the soccer field. The first 600 CBU students were also treated to a free meal courtesy of the Community Life department.

“The environment allows students to be competitive while forming a sense of community,” Cox said.

The Lancer Cup featured the two teams left standing after a regular season lineup of 35 teams and a single elimination playoff bracket that pitted the eight best regular season records against each other.

Cox said that the soccer teams’ names represented the countries where CBU students will serve during the 2017 International Service Projects (ISP). This year CBU will send student volunteers to 22 countries on 36 teams during the summer.

During the opening ceremony for the Lancer Cup, students walked out onto the field holding the flags of each country that ISP teams will visit.

“Lancer Cup is a great night to celebrate the intramural soccer season and to celebrate two teams making the championship game,” said Cox.  “I love that we incorporate a sport that is popular across the globe and at the same time recognize the students and staff who will be headed out this summer to serve the nations.”