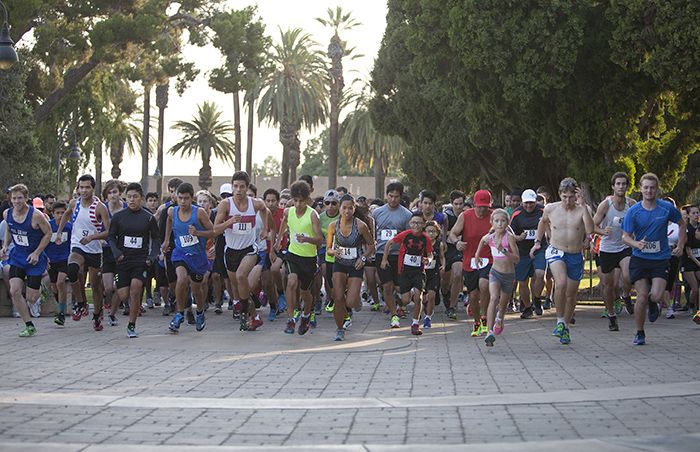 More than 200 runners and walkers participated in the 6th annual Lancer 5000 on the campus of California Baptist University on Aug. 20.

Organized by CBU’s track and cross country program and sponsored by Lexus of Riverside, the event featured a 5K at 7:15 a.m., followed by a 1K Kiddie Run at 7:45 a.m. Awards were presented to the top five overall male and female runners. Proceeds went to the CBU cross country and track program.

“This is a wonderful opportunity to provide an enjoyable race for our community,” said Benjamin Gall, head coach for men’s and women’s cross-country and track at CBU. “It is also an opportunity to showcase our campus.”

Gall said the event was scheduled in August to spark interest in the upcoming CBU cross-country season that starts Sept. 2 with the Lancer Invite. Additionally, local high school teams are gearing up for their seasons, and this event offered a unique preseason opportunity.

Catherine Lua, a senior and cross-country runner at Jurupa Hills High School, said she was looking to run a good time at the Lancer 5000.

“I enjoy competition and it’s neat to be able to tune up on the campus of California Baptist University,” said Lua, who starts her season next month.

Alejandra Herrera, a high school student and resident of Fontana, Calif., said she signed up for the race as a new experience.

“This is the first 5K race I’ve been in,” said Herrera. “I’m enjoying the atmosphere.”

See the 5K race results below: