Speaker shares how she inspires kids through running 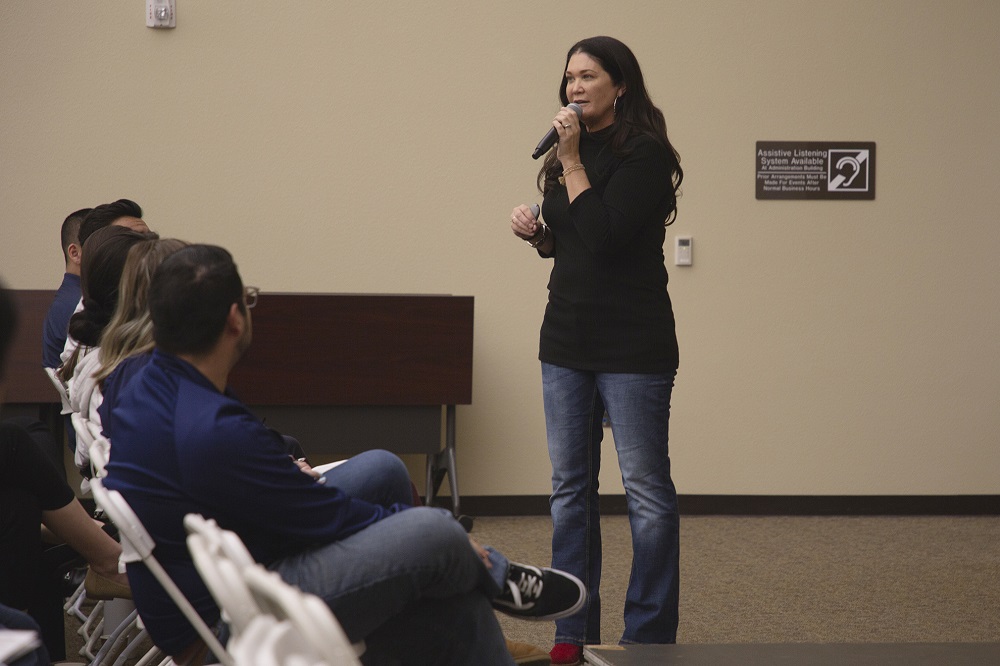 Riverside, Calif. (Jan. 29, 2019) – “If you let elementary students get their energy out in a productive way and make it fun, they will become more focused in their studies and they will behave better [in class],” Kara Lubin told a California Baptist University audience on Jan. 28.

Lubin is the founder of the 100 Mile Club, a nonprofit organization that focus on promoting healthy lifestyles through physical activity. Her organization encourages elementary students to run 100 miles in one school year. At the end of the year, every student who reaches that goal receives a gold medal.

“This idea came from the Olympics,” Lubin said. “I love the Olympics, and everyone competes for the gold—that’s what they want. But I kind of made up this idea and shaped it along the way.”

Lubin was a second-grade special education teacher when she came up with the idea to challenge her students to run 100 miles in a year.

“There was a lot of enthusiasm after that first mile. We got back, and they immediately asked if we could do it again tomorrow,” said Lubin, of her first class she pitched the idea to.

Now, 24 years later, almost 5,000 schools across the country participate in the 100 Mile challenge.

The program also encourages students with physical disabilities to set their own goals for the year and, if they meet them, they receive a medal.

Catherine Ayoub, a health science freshman, said she was glad she attended the lecture.

“Tonight was really eye-opening, that one teacher from a small school of 15 students can really impact the nation,” Ayoub said.