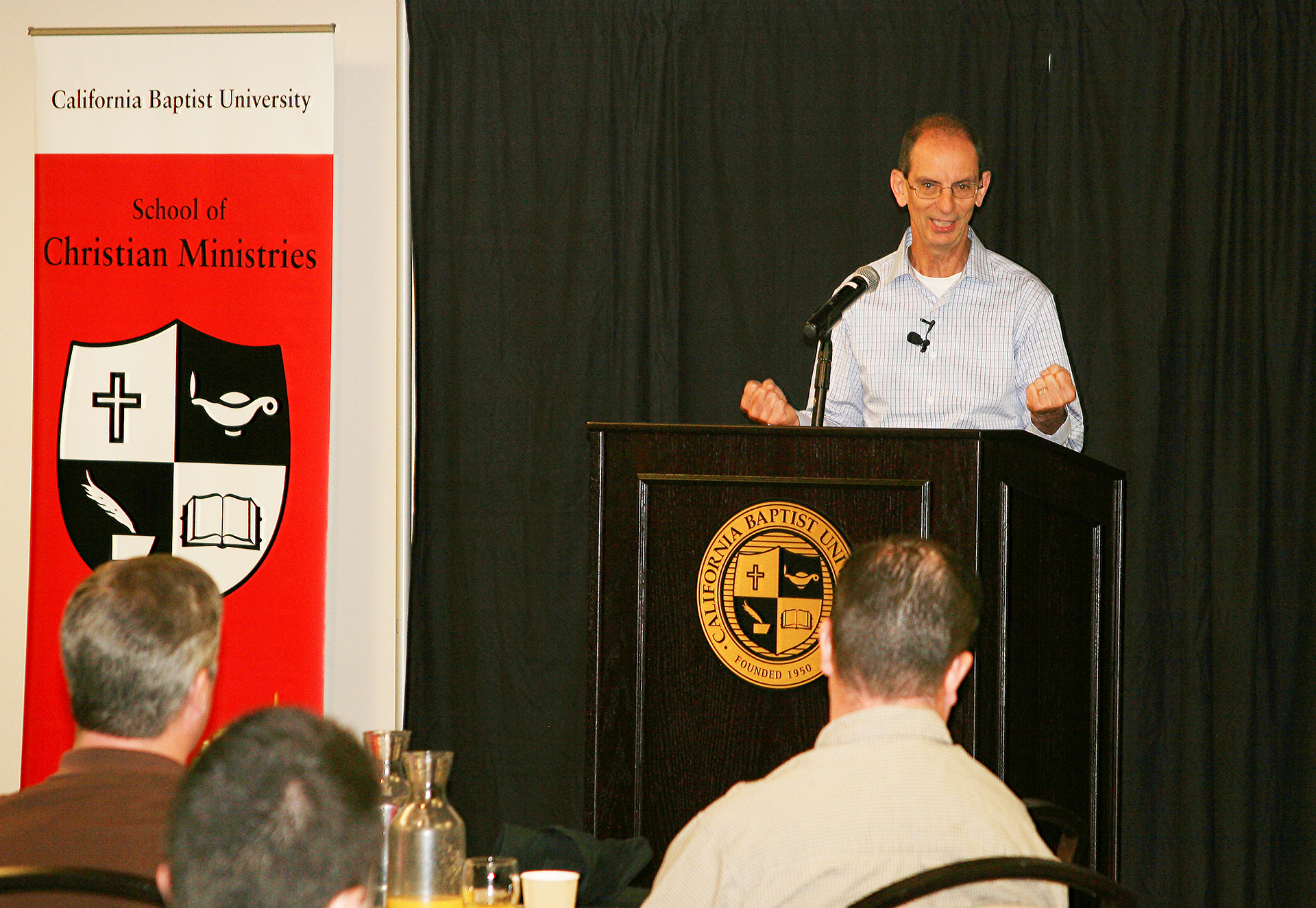 Riverside, Calif. (March 31, 2017) – “Our job isn’t to work for God but to rest and believe in God,” said Dr. Thomas Schreiner. “We’re to cease striving and be still and know that God is our salvation.”

Schreiner is an associate dean and professor at The Southern Baptist Theological Seminary in Louisville, Kentucky. He spoke on March 30 as part of the School of Christian Ministries Lecture Series at California Baptist University.

Schreiner argued that good works cannot be the basis of salvation since God demands perfection and believers fall short in many ways.

Schreiner said justification by faith reminds believers that their sins are forgiven.

“Justification by faith frees us from guilt,” Schreiner said.  “If we’re not forgiving ourselves, we’re despising Christ’s sacrifice. We’re saying ‘my sins are too important to be forgiven by you.’”

Schreiner said good works are evidence of a new life in Christ and believers should have a praised-filled response to justification.

“Justification by faith brings joy,” Schreiner said. “When we recognize that God’s grace is amazing and entirely apart from our work and that grace is stunning to us, we’re thankful. We give thanks.”

Schreiner said it is the object of a person’s faith that saves them.

“[Justification] is the very root of our relationship with God. Do we depend upon ourselves or upon God and Jesus Christ?” Schreiner said.