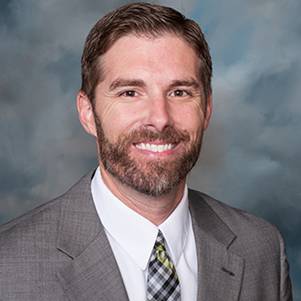 Riverside, Calif. (April 24, 2019) – Dr. Joshua Knabb, director of the Doctor of Psychology program at California Baptist University, believes that the Christian tradition has a lot to offer in the realm of mental health treatment.

“In the last decade or so, I’ve been increasingly convinced that the Christian tradition, spanning the last two millennia, offers a wide variety of strategies for positive psychological change,” Knabb said. “Although many Christian psychologists first turn to secular psychotherapy models, only to add on Christianity, post hoc, I believe God has called me to operationalize and empirically investigate distinctly Christian approaches for Christians experiencing psychological suffering.”

Knabb along with Dr. Eric L. Johnson, professor of Christian psychology at Houston Baptist University; Dr. M. Todd Bates, dean for the School of Christian Thought at Houston Baptist University; and Dr. Timothy A. Sisemore, president of the Society for Psychology of Religion and Spirituality, co-authored the book “Christian Psychotherapy in Context: Theoretical and Empirical Explorations in Faith-Based Mental Health.” The book is scheduled to be released on April 28.

Knabb said the book promotes a Christian psychology rather than an integrationist approach to addressing a patient’s Christian faith.

Knabb served as the first author and primary editor for “Christian Psychotherapy in Context,” in which he worked to develop the Christian psychotherapy model with its co-authors.

“We start with a Christian understanding of God’s attributes and actions, reality, knowledge, humanity, values, and redemption and healing, then draw from the psychology literature to help psychotherapists working with Christian clients move through three stages of therapy—a supportive, relational stage; a learning and insight-oriented stage; and a behavioral action and change stage,” Knabb said.

“I pray that God continues to use me to help Christians draw strength from their own faith tradition, employing the scientific method along the way to reveal what works in the therapy room,” Knabb said.