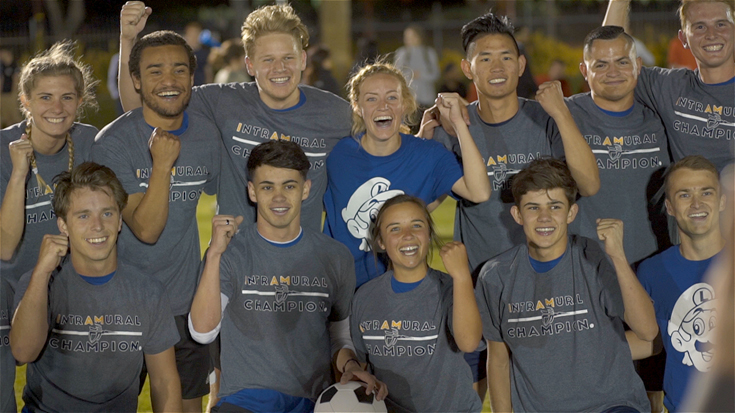 The Lancer Cup is the championship game of the co-ed intramural soccer league at CBU.

Tyler Cox, director of recreation programs at CBU, said that the event is the final championship competition of the year for intramural sports.

“The whole evening is an entertainment event for our students that also featured food trucks and a BMX demonstration before the game,” Cox said.

Because soccer is an international game, Cox explained the Lancer Cup features a multi-national emphasis.

“We let teams pick countries, and then we order them a flag from that country to carry throughout the season,” Cox said.

Before the championship game, both team Italy and Bhutan did a lap around the field with their flags.

“The whole experience of playing in front of a big crowd under the lights was fun,” Olsen said. “I have a lot of good friends that played on the team with me, and I also met a whole bunch of new people.”

“The team forces you to interact with lots of people, and it teaches you to be positive and give encouragement to one another,” said Overton, an applied theology senior.