“Into the Woods” brings fairy tales to life at Wallace Theatre 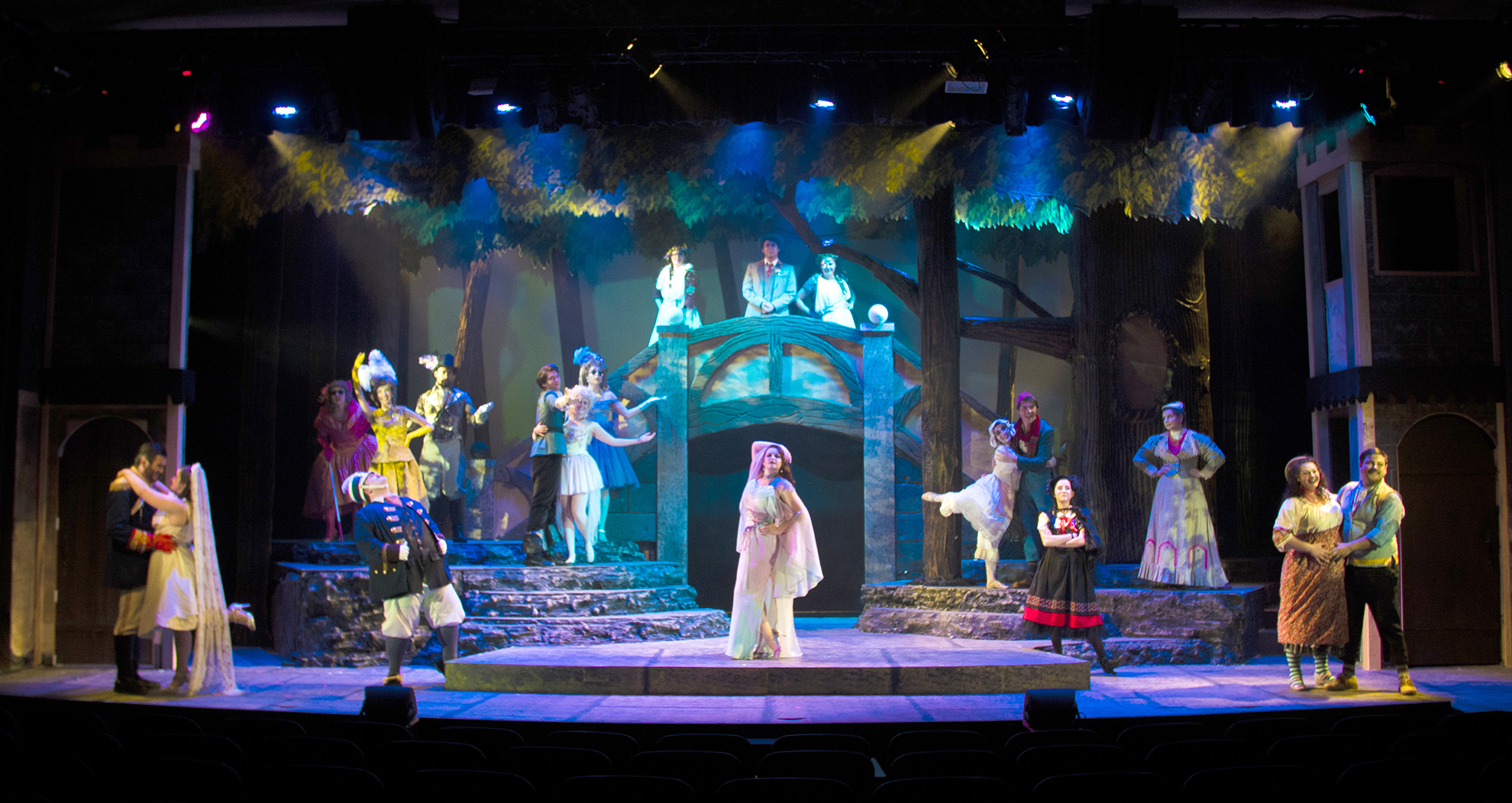 Riverside, Calif. (April 12, 2018) – The theatre program at California Baptist University is bringing together a mash-up of favorite storybook characters with the enchanting and touching tale of “Into the Woods,” starting April 13.

“You have Cinderella, Jack and the Beanstalk, Rapunzel, Little Red Riding Hood and the Baker. They all get mixed up in each other’s stories,” said Lisa Lyons, adjunct professor of theatre and the play’s director.

The musical follows several characters who each make a wish. When everyone's wishes are granted, the consequences of their actions return to haunt them.

Because of the fairy-tale aspects of the story, the costumes, makeup and even the acting are different from typical plays, Lyons said.

“So much of the time we’re asking the students to be realistic. This is a different style of acting,” Lyons said. “You have to be really over-the-top.”

Maddison Rickard, a theatre senior, plays Little Red Riding Hood and is co-designer for hair and makeup. Rickard said she watched several versions of the musical to come up with fresh ideas for the play.

“There are a lot of characters and everyone is so specific,” Rickard said. “It’s been a lot of work to customize every character to make them fit into the world.”

While the story is fun, Lyons said it also makes a statement.

“I hope the audience members have fun, but I hope they also get that message that no one is alone,” Lyons said.

David Cox, a graduate student who plays Cinderella’s father, said he hopes the audience learns from the characters’ reactions to life’s situations.

“We can make plans and have an idea of what the future holds but once life actually hits you and things aren’t the way that you wish they were, how you handle it is entirely up to you,” Cox said.