International Orientation at CBU welcomes students from around the world 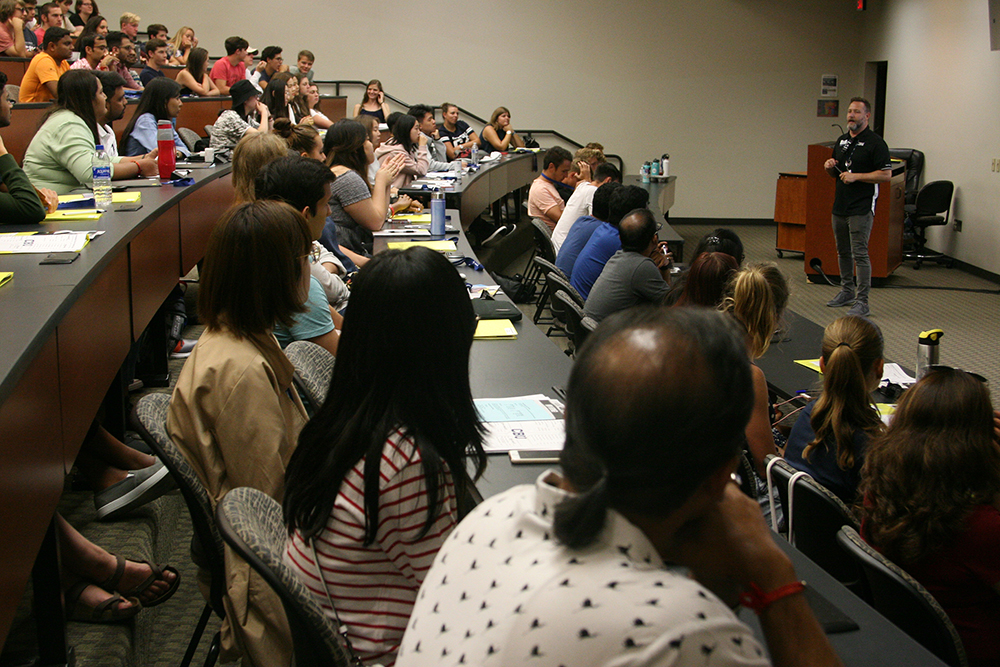 Riverside, Calif. (Aug. 29, 2018) – More than 100 new international students from 31 countries are being welcomed at California Baptist University from Aug. 28-30 as part of the International Orientation.

Leslie Shelton, director of international student services, said the orientation aims to help students adapt to life in the U.S. and also to set them up to be successful at CBU.

“They are coming from a different country and culture and we want to give them some time to start the adjustment process and cover topics related to different cultural norms and culture shock,” Shelton said.

Orientation introduces the students to CBU offices and services, covers CBU policies and immigration regulations for students. A resource fair provides information on cell phone providers, banks and community resources. Additionally, a barbecue dinner and a minor league baseball outing introduce them to a part of American culture.

Ziyu Liu, who is from China, received her bachelor’s degree from CBU on Aug. 23. She is now pursuing her Master of Business Administration degree and attended the orientation to learn more about her new endeavors. For her, staying at CBU is a blessing.

“I think CBU is very friendly and a good campus and I want to continue here,” Liu said.

Lara Orrock, a kinesiology freshman from South Africa, came to CBU on a cross-country scholarship. Orrock said she believes God has guided her to CBU.

“Other [college opportunity] doors closed and this one stayed opened, so it was clearly a decision made by God,” Orrock said. “I want to better myself with the opportunities here, be a better person and grow spiritually and academically.”

“We accomplish that in different ways throughout the year and these different events also serve to meet those goals,” Shelton said.

Through on-campus events, the greater CBU community is able to learn about and experience cultural diversity in a way that is fun and they have the opportunity to interact with the international students, Shelton said.