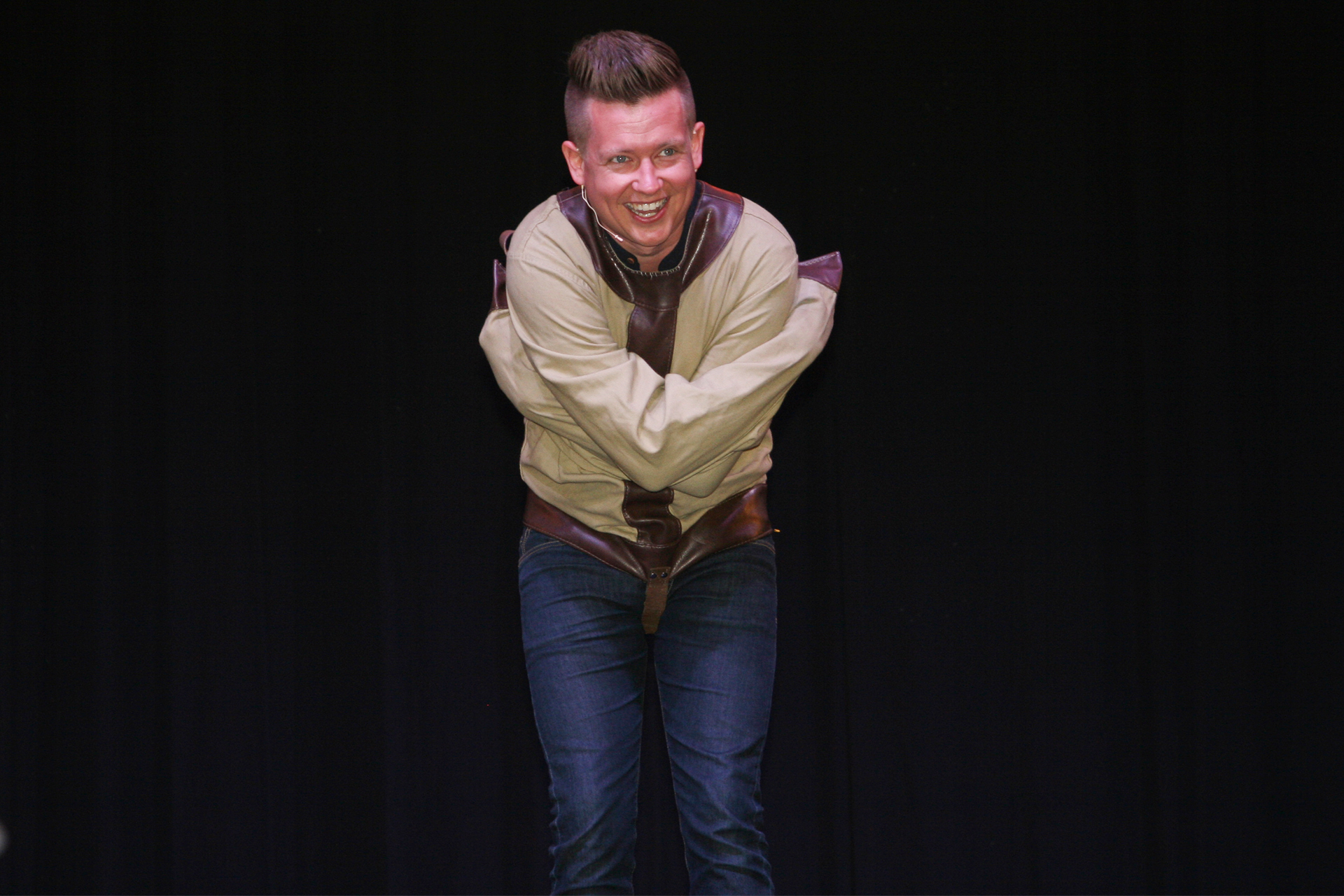 Riverside, Calif. (April 21, 2017) – People can easily be tricked and deceived and not just by magicians up on stage, illusionist Harris III, told a chapel audience at California Baptist University on April 21.

Americans take in thousands of ads every day. Those messages can influence how you view yourself, Harris said.

“If you believe a lie about yourself and who you are and whom God created you to be, all the sudden it’s easier to fall into the lies of deception of this world,” Harris said.

While telling his story, Harris performed several cards illusions, “levitated” a table and escaped from a straitjacket.

Deception works because of a willingness to let other people think for us, Harris said. It began in Genesis with Satan’s crafty deception, Harris added. It starts with a simple question, “Did God really say?”

“Adam and Eve had perfection in the entire Garden of Eden, and yet they still reached for the illusion of more,” Harris said. “You and I have been reaching for the same illusion ever since.”

Harris told the students they might not be entertainers, but they are still putting on a show by pretending to be someone they are not.

“The good news of the gospel is that God’s love for you is not rooted in your performance,” Harris said. “If we root our identities and our value as human beings in the eyes of our heavenly Father … it can change everything, and it can set you free from the burden of how it feels to be entangled and trapped by the lies of deception.”

Harris said everyone has one thing in common— metaphorically, all people have a strait jacket.

“At one time or another we’ve all allowed ourselves to get tricked into believing some sort of lies,” Harris said.

Harris told students it doesn’t matter what entraps and entangles them. What does matter is there is truth that can set us free, he said, after reading John 8:32.

“In Christ and in Christ alone, there is hope, there is freedom and there in unbelievable joy,” Harris said. “If Jesus is offering you that and Himself, why would you settle for a counterfeit version of life offered to you by the world?”