Hundreds of grandparents of CBU students attend day dedicated to them 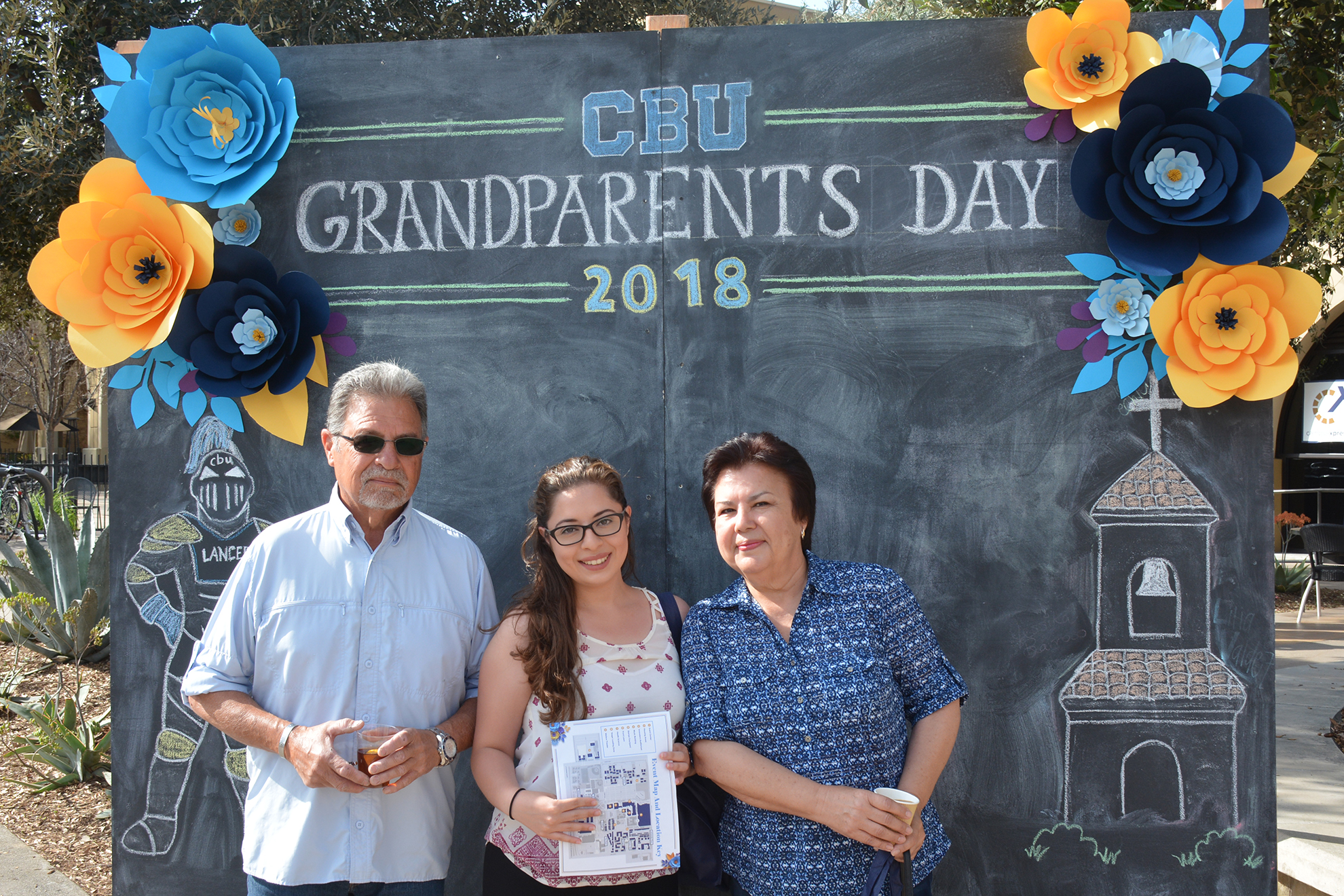 Danielle Wesolowski, a California Baptist University senior, poses between her grandparents at the Grandparents Day event on April 12.

“The campus is buzzing when the grandparents arrive,” Moss said. “Students are getting close to the end of the semester and are quite busy, but just the sight of grandparents on campus brings a lot of smiles and joy.”

Grandparents had the opportunity to participate in a full day of planned activities. The day started with a welcome session, which highlighted the various factors that make CBU unique. Grandparents then had an array of options to take in the CBU culture including a chapel, a women’s choir performance, a Jazz Band concert and a preview of “Into the Woods,” the CBU theatre program’s latest production.

Additionally, grandparents could participate in a campus tour and enjoy lunch with their grandchild.

Paul Eldridge, vice president for University Advancement, said it was an honor to host grandparents at CBU.

“It’s a super blessing to have grandparents involved in your lives,” Eldridge said to students at the welcoming session.

Roger Johnson is a proud grandparent. His grandson, Calvin Johnson, is an electrical engineering student at CBU.

“Now that my grandson is pursuing the same degree that I obtained, it’s been neat to talk about things we can both relate to,” Roger Johnson said.

Danielle Wesolowski, a CBU senior, said she was thankful for Grandparents Day.

“I really appreciate this event,” Wesolowski said. “In my last year at CBU, I wanted to show my grandparents around and let them know how they have helped me in this journey.”