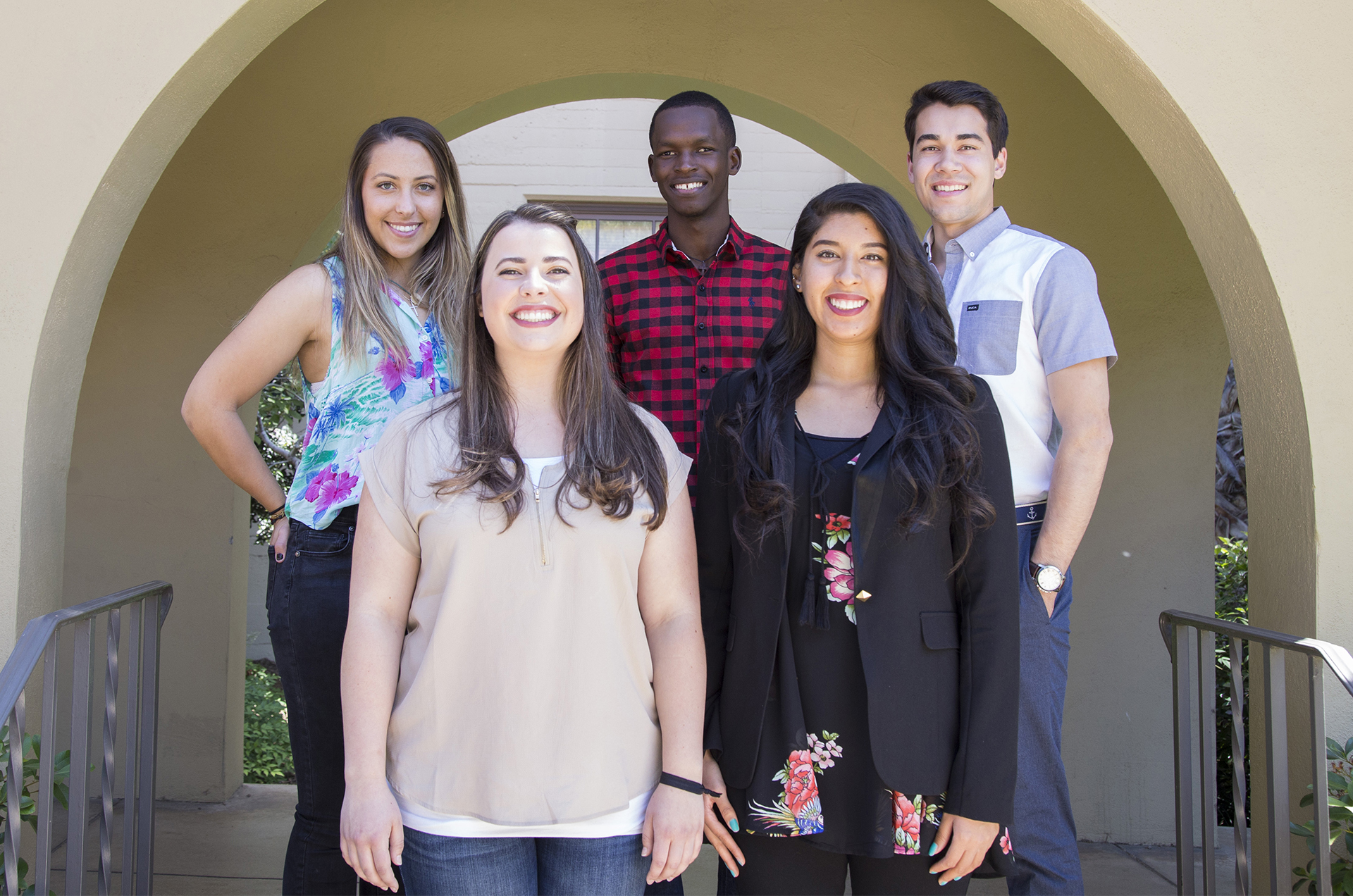 Riverside, Calif. (May 11, 2017) – Sixteen alumni from the Division of Natural and Mathematical Sciences at California Baptist University will attend medical schools or doctoral programs in fall 2017.

Graduates will be attending a variety of universities, including nearby University of California, Los Angeles, and Riverside (UCR) to colleges on the East Coast such as Washington University in St. Louis and Auburn University in Alabama.

Kathy Gomez, who graduated with a biology degree with a pre-med concentration, will attend the UCR School of Medicine.

Gomez accredits the faculty at CBU in helping her gain acceptance into a medical school.

“Whenever I felt overwhelmed, I knew I could go to them for help, prayer or even a shoulder [to lean on],” Gomez said. “They helped build up my application by connecting me to different leadership, volunteer, and clinical opportunities.”

Gomez plans to pursue a career in the medical mission field. At CBU, she discovered that changing the world is not a complex concept.

“I found it to be simple—have a heart like Christ’s,” Gomez said. “Be kind to everyone and help those who need it with a smile. You never know what someone is going through and small actions, that you don’t really think about, can have a big impact.”

Dr. Lisa Hernandez, professor of mathematics and associate dean of the division, said the faculty places a great emphasis on community and getting to know the students on a personal level.

“Not only does this allow faculty members to pour in and mentor their students, but when it’s time for recommendation letters, the application process, and mock interviews, our faculty have a vested interest in the success of our students,” Hernandez said.

The division strives for academic rigor and excellence in order to prepare the students for future success, Hernandez said. The increase in acceptances into medical schools and other professional doctoral programs is a sure measure of that preparation, she added.

“We are continuously developing a culture of research and encouraging our undergraduates to partake in serious science and math research in order to show them how their disciplines can be applied to real-world situations, as well as, prepare them for the workplace and future study within their fields,” Hernandez said.