“Godspell” brings the parables of Jesus to life at Wallace Theatre 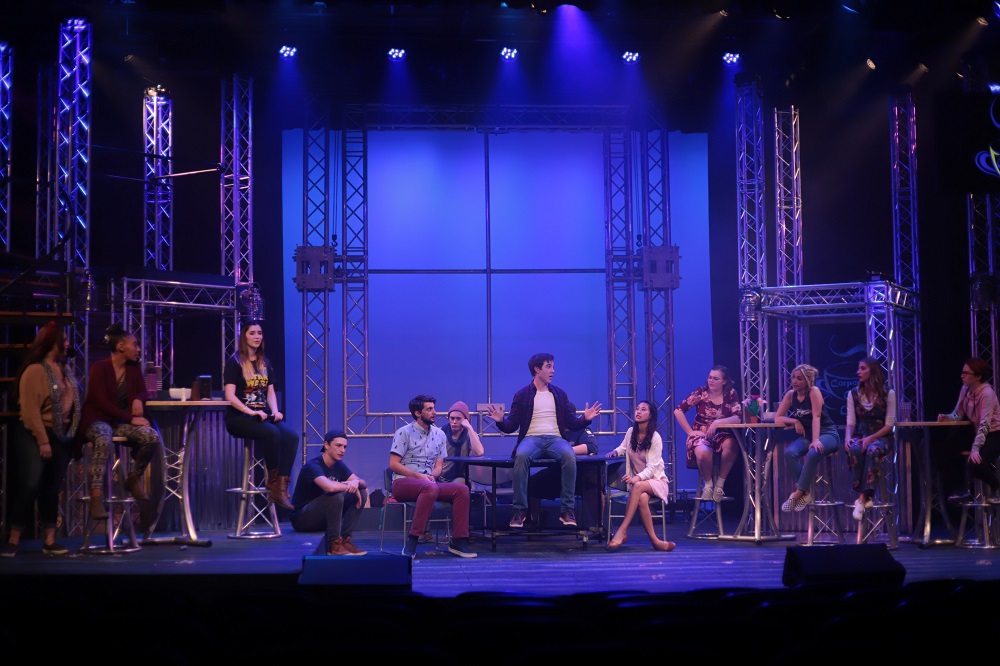 Riverside, Calif. (Oct. 11, 2019) – The theatre arts program at California Baptist University will present “Godspell” as its first production of the new academic year. The first performance is set for Oct. 11.

The musical, composed by Stephen Schwartz and originally written by John-Michael Tebelak, features a comedic troupe of eccentric players who team up with Jesus Christ to teach his lessons through parables, games and tomfoolery. “Godspell” also features the international hit, “Day by Day,” as well as an eclectic blend of song styles ranging from pop to vaudeville. The popular musical originally opened Off-Broadway in 1971 and has gone on to be produced worldwide.

“‘Godspell’ is about the parables recorded by Matthew about the prodigal son, the good Samaritan, the sower, the growing seeds—it’s the parables we all know and love,” said Lisa Lyons, the play’s director and an adjunct professor of theatre.

Lyons said students learned multiple dance routines and songs over a four-week rehearsal period. Students really put a lot of effort into this production, she added.

Ryan Lee, a communication studies junior, plays both John the Baptist and Judas.

“I learned [playing Judas] how to make a smoother transition, where people can see my character starting to change. From the show in general, I have learned how to be on top of things, engaging even when you’re not the focus of the scene,” Lee said.

“‘Godspell’ is a story both Christians and non-Christians can enjoy and people who don’t know much about the story of Christ can get an introduction to His story. This play is a really interesting take on the book of Matthew,” Lee said.