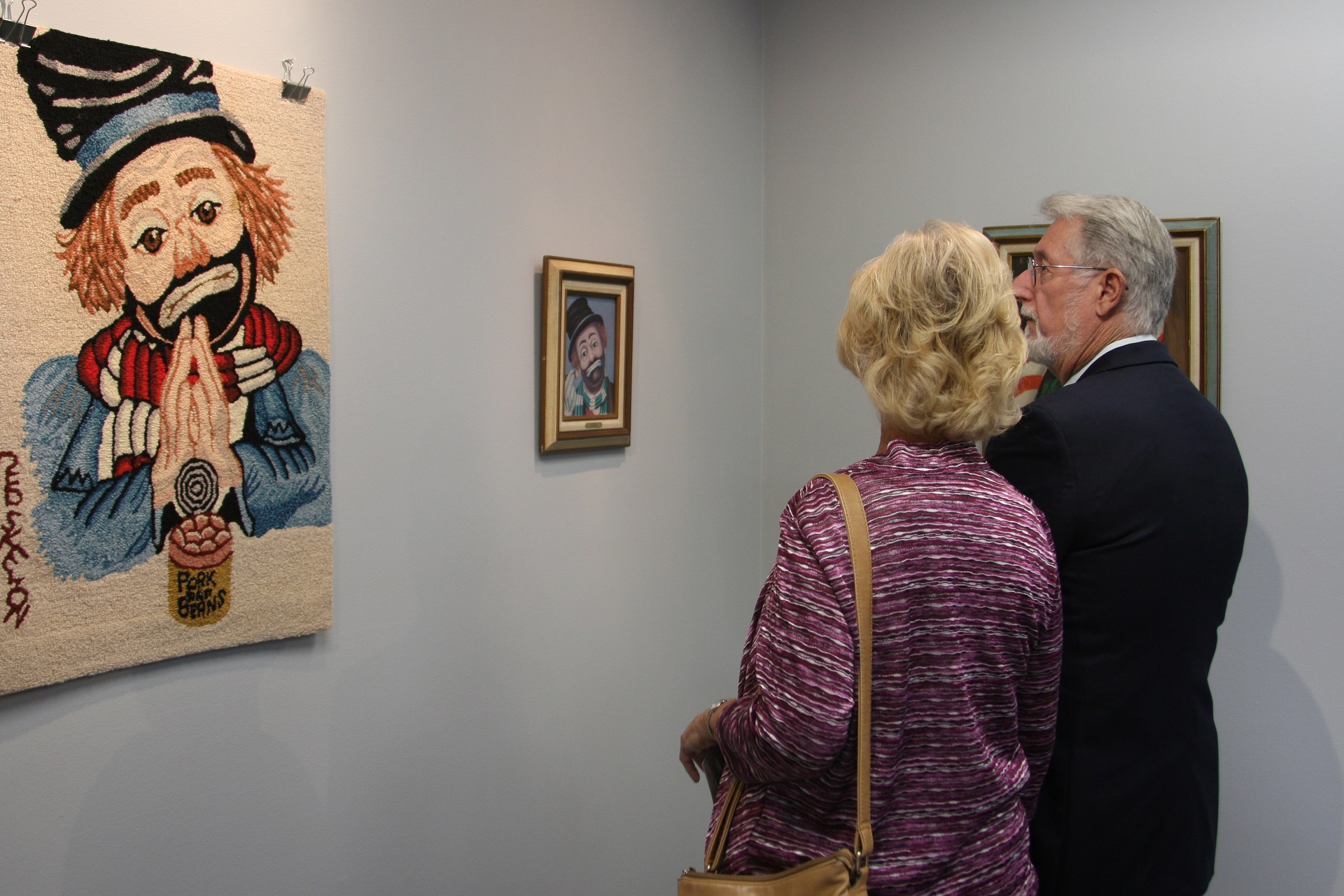 Riverside, Calif. (May 31, 2017) – A new exhibition at the California Baptist University Gallery explores the life and works of Red Skelton, renowned American comedian and entertainer also known for his paintings of clowns.

The display includes 35 Skelton works donated to CBU by the Jim and Edna White family. Dr. Ronald L. Ellis, CBU president, joined the Whites along with comedian Dick Hardwick and Lothian Skelton, the entertainer’s widow, at an opening reception on May 30.

"I’m so glad I could do something for the university,” said Lothian Skelton. “The fact that Red is honored here, I’m very proud of that.”

Red Skelton was the star of national programs on radio and television for more than three decades. The exhibit, which runs through Aug. 31, includes brief written summaries of his contributions as an entertainer and displays memorabilia including a trumpet that he used in his TV sketches as the “Mean Widdle Kid” character. Additionally, the exhibit features original art that Skelton created including books, musical scores and paintings of clowns.

John Pate, assistant professor of communication at CBU and a stand-up comedian for 40 years, recalled opening for Skelton for six years until his death in 1997.

“He was incredible. I would quiz him and ask him questions and just learn stuff from him,” Pate said. “He had the best guidance and was so willing to help and compliment you.”

“The exhibit is going to be an exhibition of his whole career,” Pate added.  “We’re trying to give people a little bit of an insight into what he was all about.”

The Skelton exhibit is a unique experience at the CBU Gallery, said Duncan Simcoe, professor of visual arts.

“It is truly a first for us to exhibit works by such a pioneering comedian and TV and movie celebrity,” Simcoe said. “It also means that our programming range has been enlarged in a dynamic way, introducing a different art-viewing public to the gallery.”