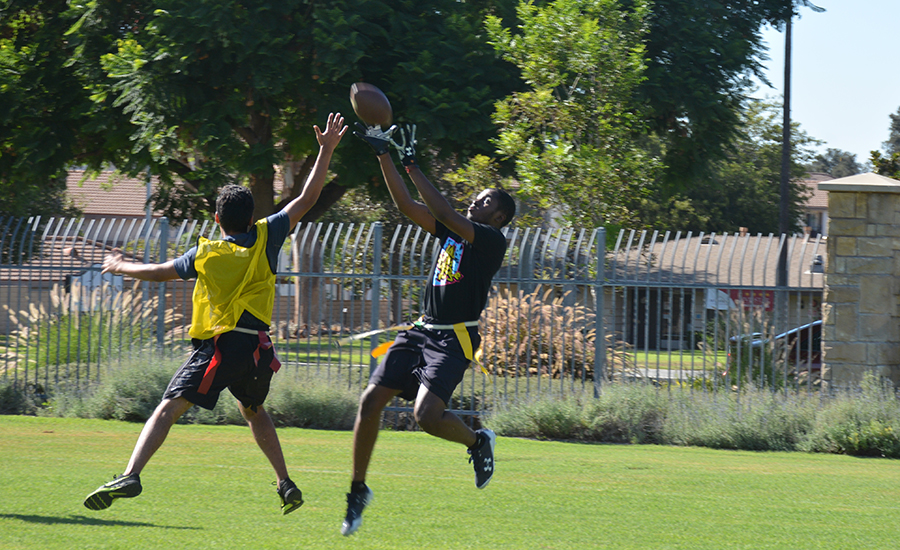 Flag football is the most popular intramural sport at CBU. This year, 27 teams and hundreds of competitors in men’s and women’s leagues are chasing the coveted Fortuna Bowl Trophy.

The championship games will be held Nov. 10 during Parent and Family Weekend at CBU. Last year’s Fortuna Bowl games drew thousands of spectators, including CBU students, their friends and families, and alumni. The event typically is one of the year’s highest attended sporting events at CBU.

Cox noted that some teams practice up to four times a week.

“Competition is intense out there,” Cox said.

More than half of the teams participating in intramural football are considered legacy teams, meaning those teams have been around for more than a decade.