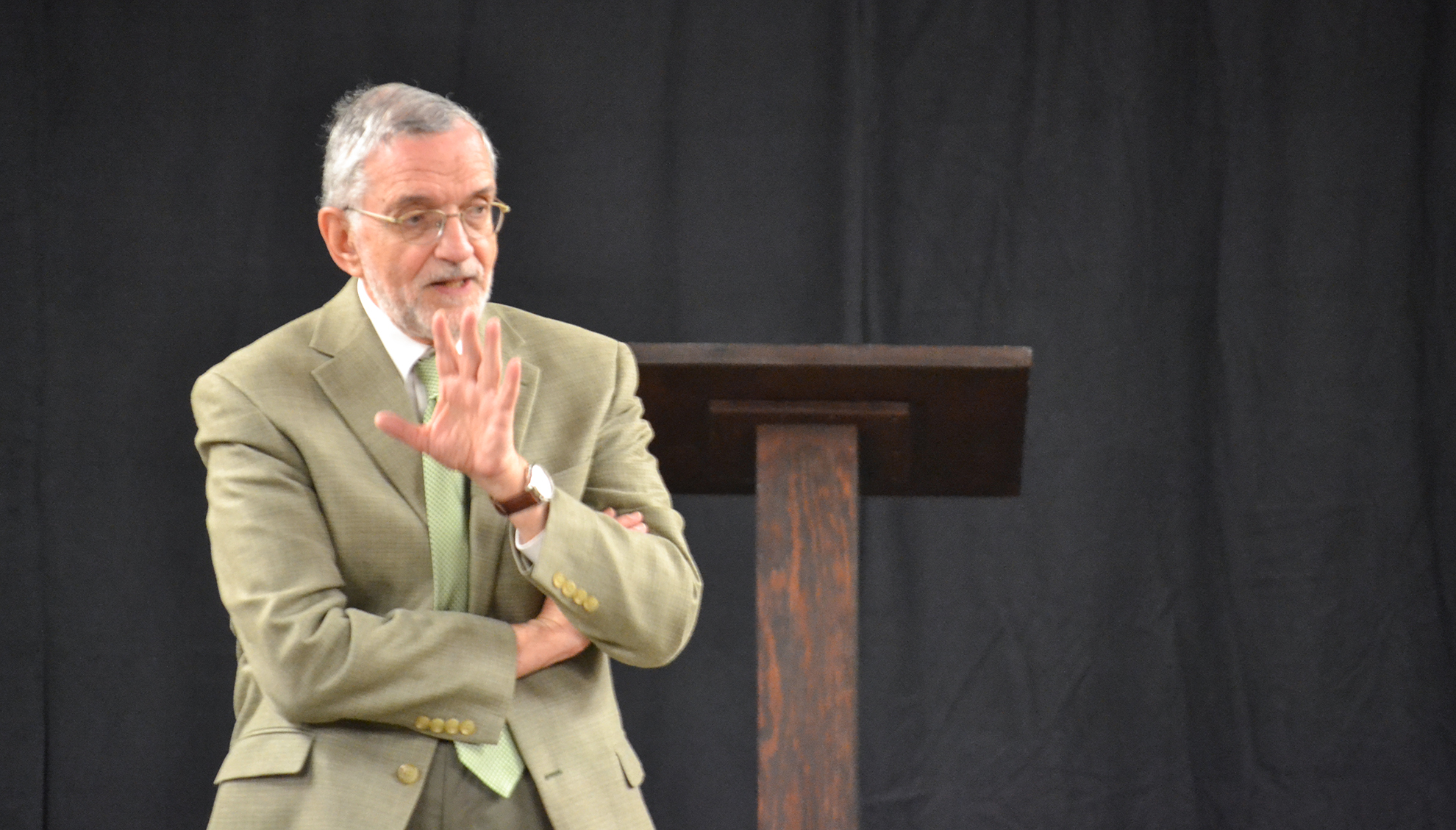 Riverside, Calif. (March 8, 2017) – Working as an U.S. ambassador comes with a lot of responsibility but it is also fascinating and exciting, former Ambassador Kenneth Yalowitz told an audience at California Baptist University on March 7.

Yalowitz served 35 years as a U.S. foreign service officer and twice as a U.S. ambassador—to the Republic of Belarus (1994-1997) and to Georgia (1998-2001). Yalowitz received the Ambassador Robert Frasure award for peacemaking and conflict prevention in 2000 for his work to prevent the spillover of the Chechen war into Georgia. He is also a global fellow at the Woodrow Wilson Center, a member of the Council on Foreign Relations and an adjunct professor at Georgetown University.

Yalowitz said an important aspect of the job is identifying the key players in the country. He talked to government officials, political opponents, student groups and the press.

“That’s the way I took the pulse,” Yalowitz said. “For an ambassador, one of the most important functions is informing Washington what is going on in the country to which you are an ambassador. What is it we need to be doing? Are we doing the right things?”

Yalowitz urged the students to be involved in politics, from voting to joining a political party to thinking critically.

“I hope that you take very seriously your education in terms of being able to read and understand critically,” Yalowitz said. “Be very aware of what is going on and talk with family, friends and people who may not share your viewpoints, start a dialogue…. You have to also get out of your comfort zone and understand what the other side is saying.”