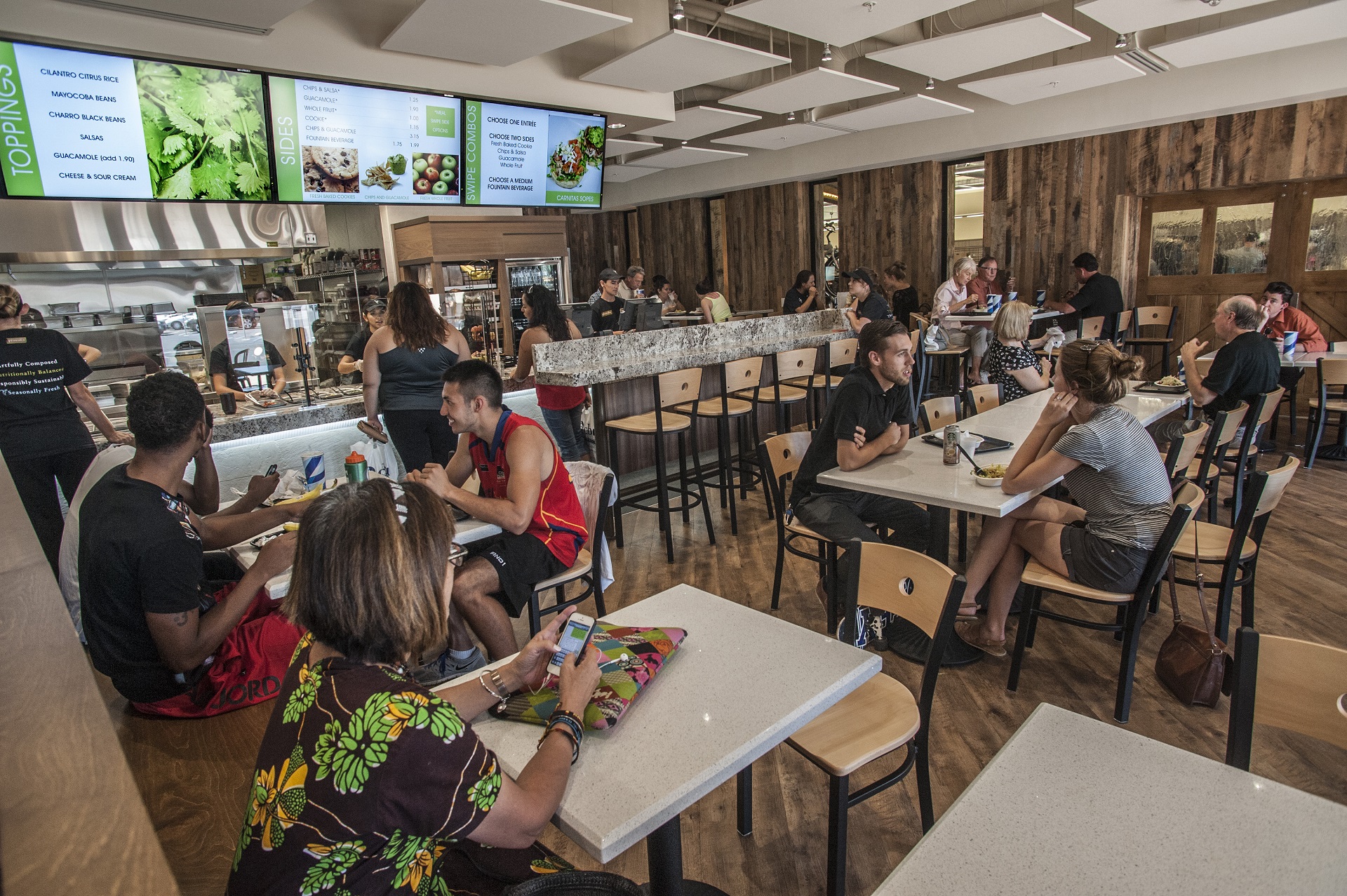 Riverside, Calif. (July 21, 2017) – This fall California Baptist University will welcome some tasty new additions to the food options offered on campus, along with a new way students can order food.

Menu revamps coming to CBU restaurants include a new “Torta” at El Monte Grill and built-to-order pasta dishes at Brisco’s. Additionally, evenings at the Alumni Dining Commons will feature Italian specialties including pastas; custom-made burgers with a toppings bar; and various appetizers.

“That’s a hot trend right now. People love breakfast, and a lot of our students don’t necessarily have time first thing in the morning, but they still like breakfast,” said Kipp Dougherty, director of Food Services at CBU.

Also new at CBU this fall will be Tapingo, a food-ordering mobile app. The app will allow students to place an order, pay for it—using a meal plan, dining dollars or credit card—and pick up the order at a set time. The app will be available for download before the fall semester on iTunes. The Tapingo app is the second app offered by CBU Food Services. The CBU Dining app, which premiered last spring, allows users to see restaurants’ hours of operation, daily menu options and can filter menu options for certain dietary restrictions.

“We want [guests] to have the kind of experience they would have if they went to their favorite restaurant,” Dougherty said.

A research and development committee, made up of chefs and managers of Food Services at CBU, continuously works throughout the year on product and menu development.

It typically takes one to two years of research before a new dish appears on the menu at CBU, Dougherty explained. During that time, the committee conducts research by sampling a variety of dishes including new fads at various restaurants to compare flavors.

The Food Services team believes food is important and not just for fuel, Dougherty added.

“Food is really where people come together. It’s a moment for fellowship,” she said. “It’s the tradition of breaking bread and stopping for a moment—not only to get nourishment but to share time with others.”

CBU food service has earned strong rankings in recent years. Niche.com ranked California Baptist University No. 2 among California universities in the site’s 2017 “Best College Food” rankings and No. 8 nationwide. Niche ranks more than a thousand colleges across the U.S. based on meal plan cost and more than 470,000 opinions from 64,000 students. A high ranking indicates the college offers a variety of healthy, quality food options that accommodate various dietary preferences and that the students are happy with the quality of campus food.