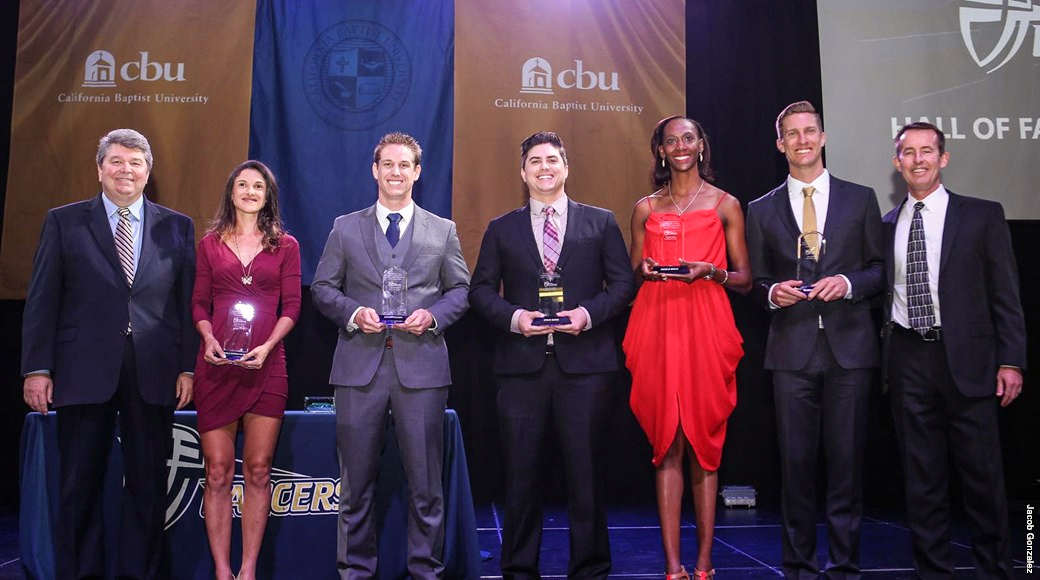 Riverside, Calif. (May 1, 2017) – Five former Lancers were inducted into the California Baptist University Hall of Fame at the Senior Banquet on April 30.