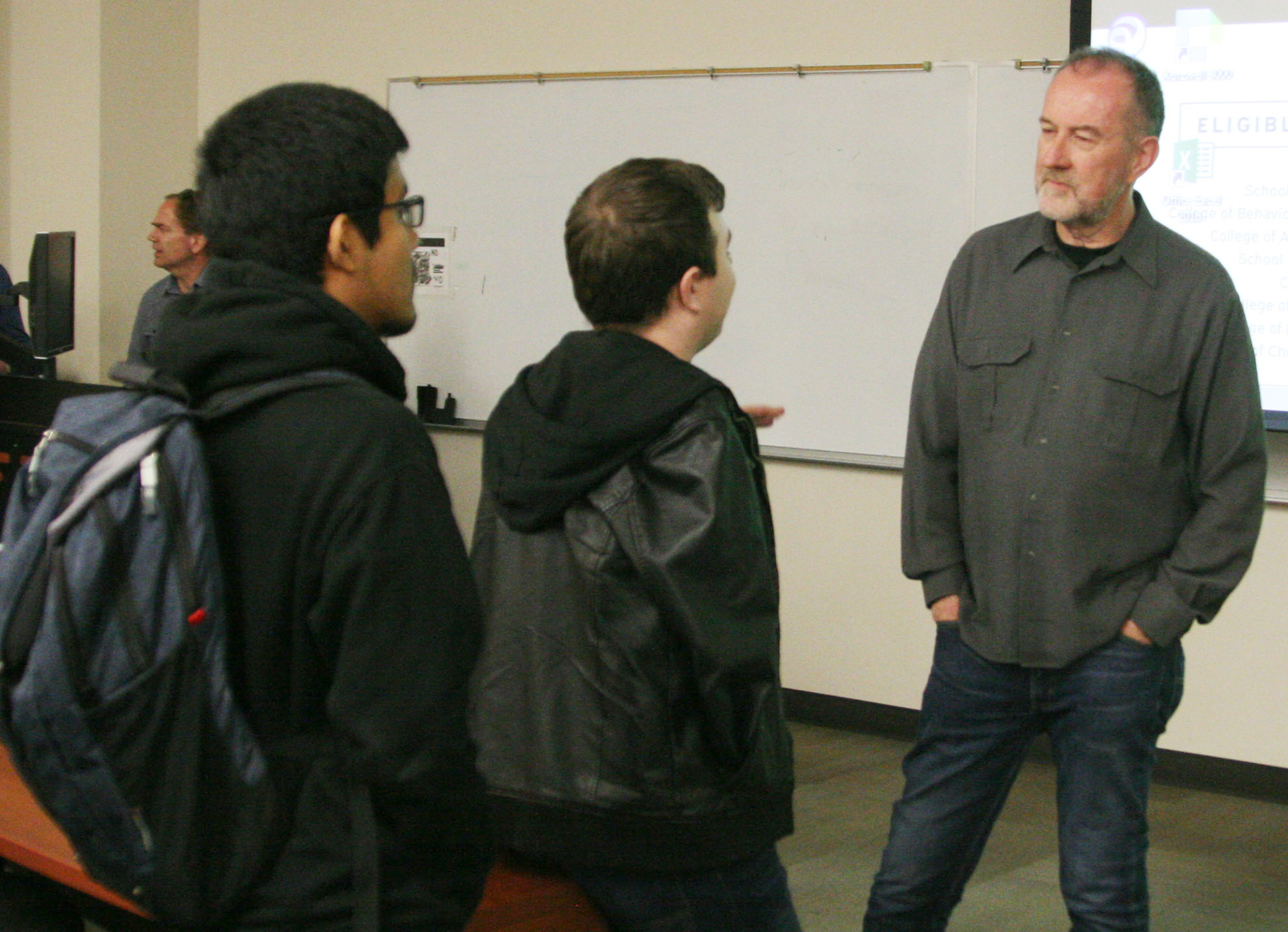 "Who are you? It’s the question that every great story sets out to find the answer to,” Winter said. “That’s the journey you’re on as well. That’s why movies have relevance; they’re on the same journey as you.”

Winter has produced blockbuster films such as the “X-Men,” “Fantastic Four,” and “Planet of the Apes.” Winter has also produced the film “Hangman’s Curse,” which was a novel-to-movie creation written by Christian author Frank Peretti. Winter’s talk was hosted by the College of Architecture, Visual Arts and Design (CAVAD) at CBU.

To illustrate his points on storytelling, Winter played clips from the 2019 Oscar Best Picture nominees.

“Movies have a way of getting inside of you, of getting an emotional response and there’s a reason for that. I think there’s a hidden road map,” Winter said.

The best movies have seven characteristics—a need, a desire, an opponent, a plan of action, a battle, a self-revelation and a new equilibrium, Winter said.

In movies, just like in music and books, the filmmakers are trying inject meaning into their work, Winter said.

“That self-revelation that we look for in each movie, is that something we can learn from? Is there something inside of us that resonates because we’re people of faith?” Winter asked.