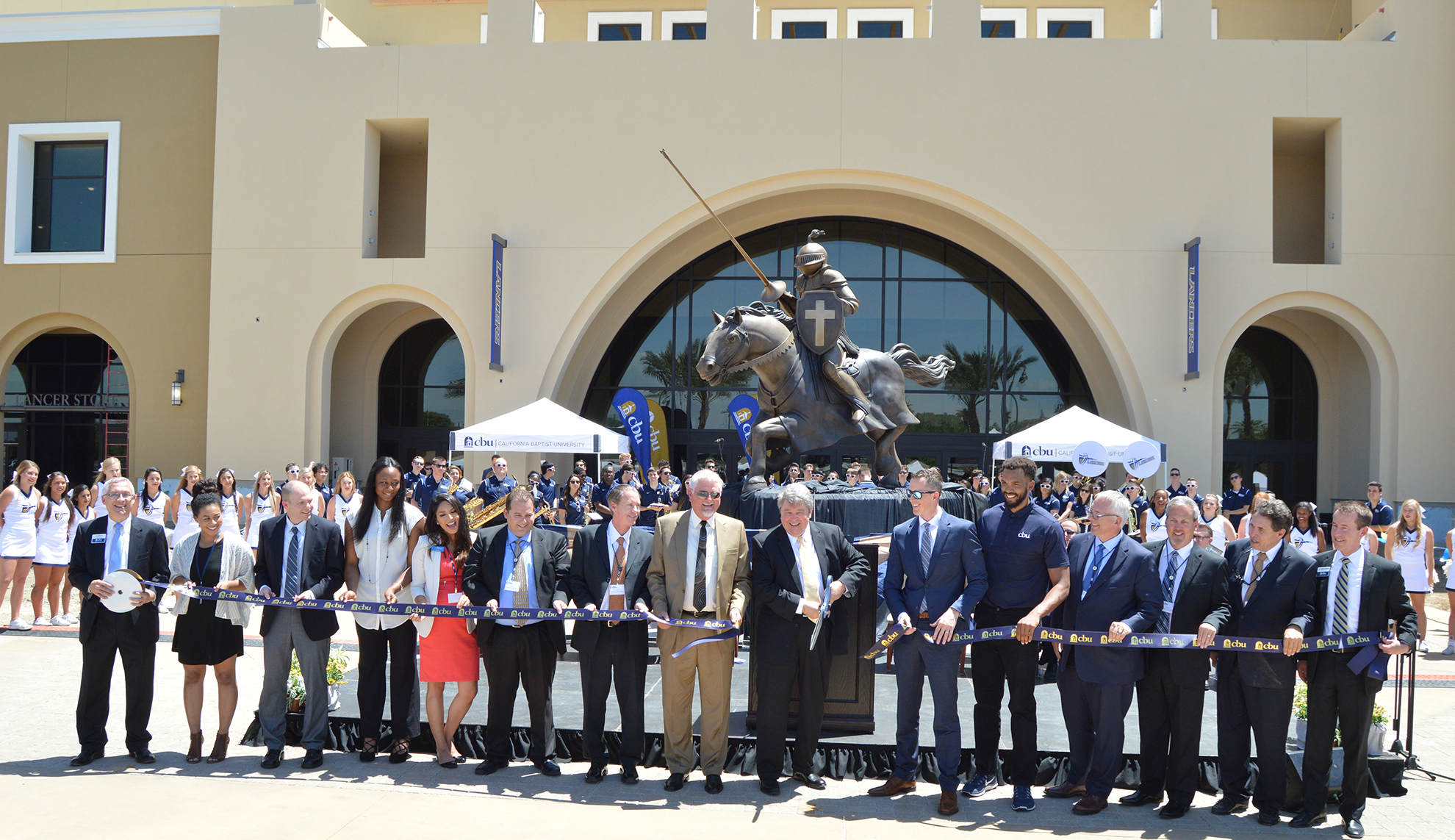 Riverside, Calif. (May 4, 2017)—California Baptist University celebrated a new 5,050 seat Events Center with a Ribbon-cutting and Dedication Ceremony on May 4.

Dr. Ronald L. Ellis, CBU president, said the new multi-use arena is the realization of dreams and prayers of generations of Lancers.

"We were in pursuit of this for most of my 23 years here [at CBU]. And I know that people dreamed about such a facility long before I arrived in 1994,” Ellis said. “So this is an accumulation of generational dreams for many, many people affiliated with California Baptist College and California Baptist University.”

Plans for the Events Center were unveiled on Aug. 28, 2015. Completion of the more than $73 million project is expected in June.

Officials of Sundt Construction, the project contractor, estimated more than 266,000 man-hours and more than 2,000 individual workers went into building the Events Center. The 153,000-square-feet building is adjacent to the CBU Recreation Center located in Lancer Plaza near the corner of Adams Street and Diana Avenue. The center’s north-facing front entrance will be located on Lancer Lane.

“We’re currently working on planning our opening basketball weekend tournament for both men’s and women’s basketball, which will be Nov. 10 and Nov. 11,” Parker said. Season tickets will be available online after May 9.

Besides athletics, the arena also will provide space for CBU’s chapel program attended by nearly 5,000 students weekly during the academic year. Other uses planned for the Events Center include student orientation activities and commencement ceremonies that are held each spring and fall.

“The CBU Events Center has been widely anticipated by everyone in the CBU community,” said Makenna Lammons, president of the Associated Student of CBU. “[Students] have eagerly waited and watched from the time the project broke ground…and we’re patiently waiting for when the doors will officially open.”

Lammons expressed gratitude to the CBU administration and thanked the CBU graduating classes of 2016, 2017, 2018 and 2019 as well as the ASCBU student government organization for “substantial” gifts that helped fund the massive bronze statue, the Mounted Lancer, which towers above the Events Center entrance plaza.