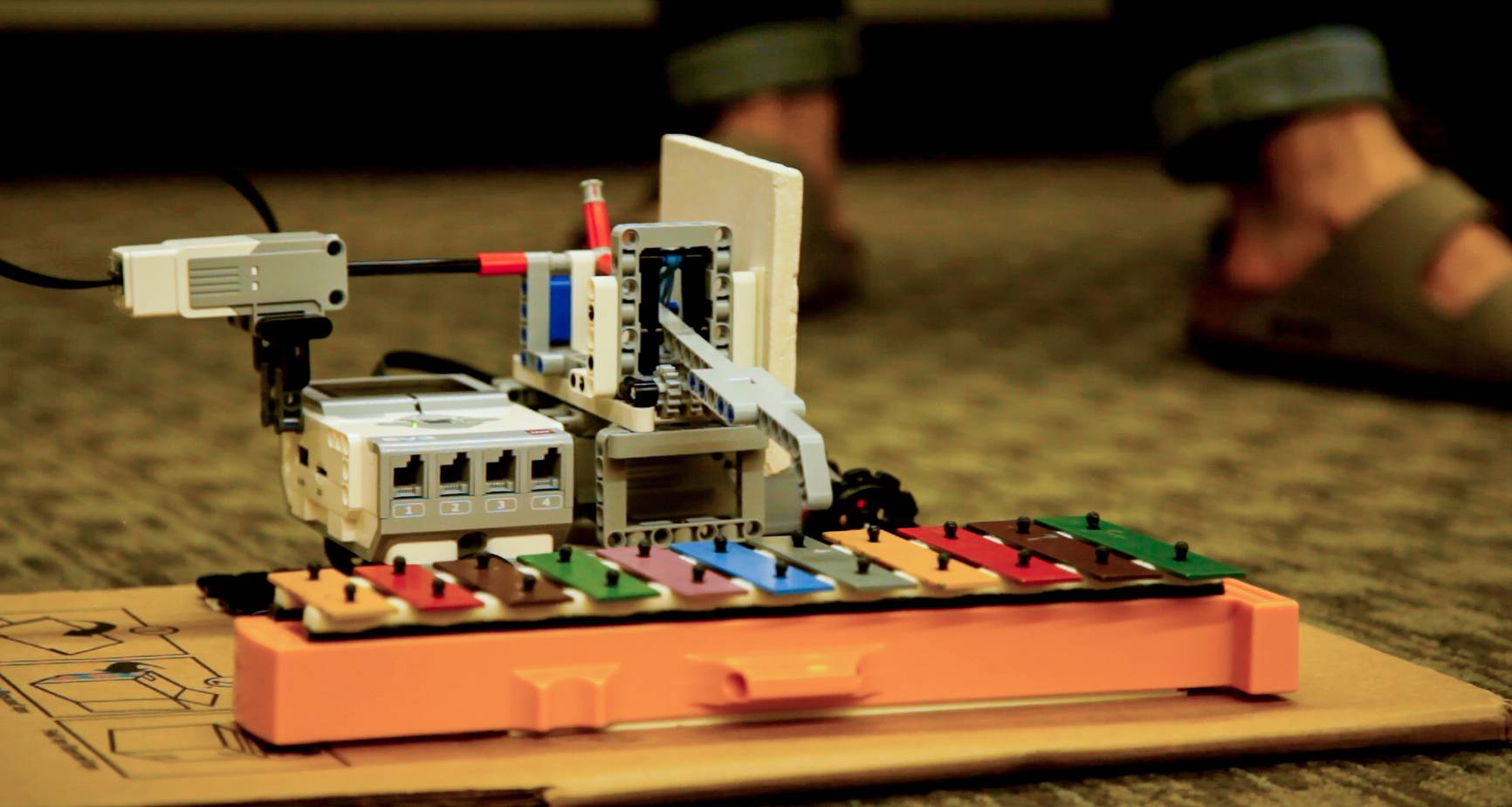 Riverside, Calif. (Dec 7, 2017) — Engineering students put their robots’ unique flair on display Dec. 5 during a “Robots’ Got Talent” event hosted by the Gordon and Jill Bourns College of Engineering at California Baptist University. The annual event featured the top eight teams in a semester-long competition to construct robots designed to perform specific functions.

Teams of undergraduate students enrolled in Introduction to Engineering courses (EGR 101) used design kits consisting of LEGO pieces, controllable motors and sensors to construct robots from scratch. The aim was to satisfy the twofold criteria of creativity and functionality, said Dr. Matthew Rickard, professor and chair of bioengineering at CBU.

“The purpose of the project is for engineering students to gain exposure to group projects, in a very free format, and to gain technical abilities in a multi-disciplinary competition that touches on a wide variety of disciplines such as conventional engineering, construction and software,” Rickard said.

Members of the winning team—Alisa Kidwell, Nathan Botello, Shaun Cary and Ashley Bretado—designed and programmed their robot to play the xylophone.

Other teams in the competition presented robots that performed tasks such as moving objects, opening soda cans and drawing, as well as a jukebox robot that played programmed songs with a synchronized color show.

“Each year we are pleasantly surprised by the creativity and technical demonstrations from our EGR 101 teams,” Rickard said.