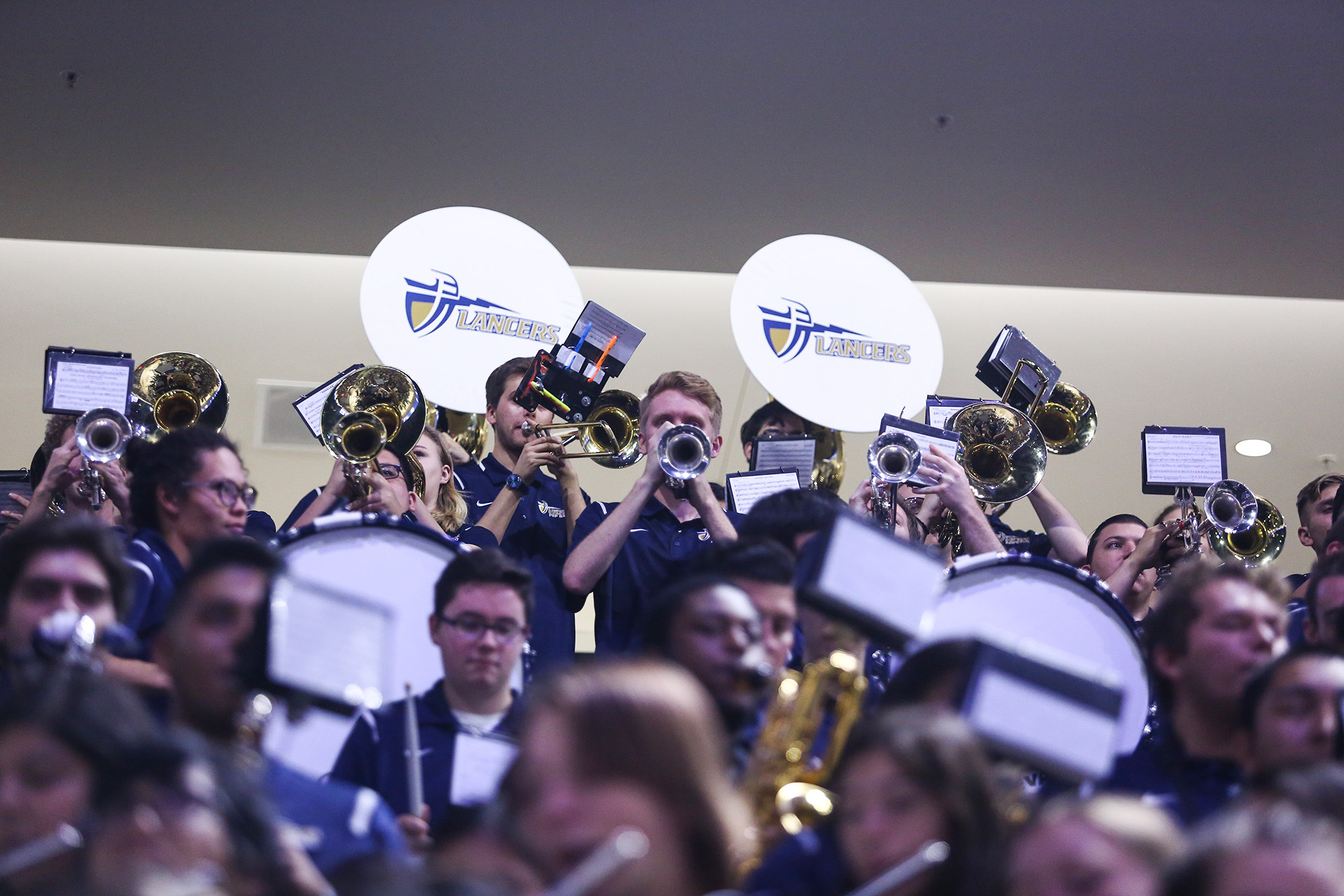 The Pep Band pumps up the crowd at the inaugural men’s basketball game in the California Baptist University Events Center on Nov. 10.

Riverside, Calif. (Nov. 28, 2017) – The California Baptist University Pep Band is sporting a bigger, bolder sound thanks to the addition of a new drumline team. The 2017-18 grouping is the largest Pep Band ever assembled at CBU.

The Drumline performs as part of the Pep Band at sporting events such as CBU basketball games. In total, the Pep Band comprises 87 members.

Tommy Goddard, adjunct professor of music at the Shelby and Ferne Collinsworth School of Music, said the 14-member CBU Drumline adds energy, emotion and a sense of flashback—reminding fans of pep rallies from their high school days.

"Just seeing a drumline will build interest and excitement from a nostalgia perspective,” Goddard said. “From a performance standpoint, our drumline will entertain the audience with our grooves, cadences, flashy visuals and dynamic rhythms.”

Guy Holliday, assistant professor of music and director of bands, said playing upbeat music during an athletic event helps create the appropriate environment. The band has more than 30 titles in its repertoire, which includes pop tunes and classic rock.

“The game is an emotional experience. You’re invested in your team and you want them to win and you’re pulling for them,” Holliday said. “I think the emotions run high and the energy is high. The Pep Band just needs to be a part of that.” 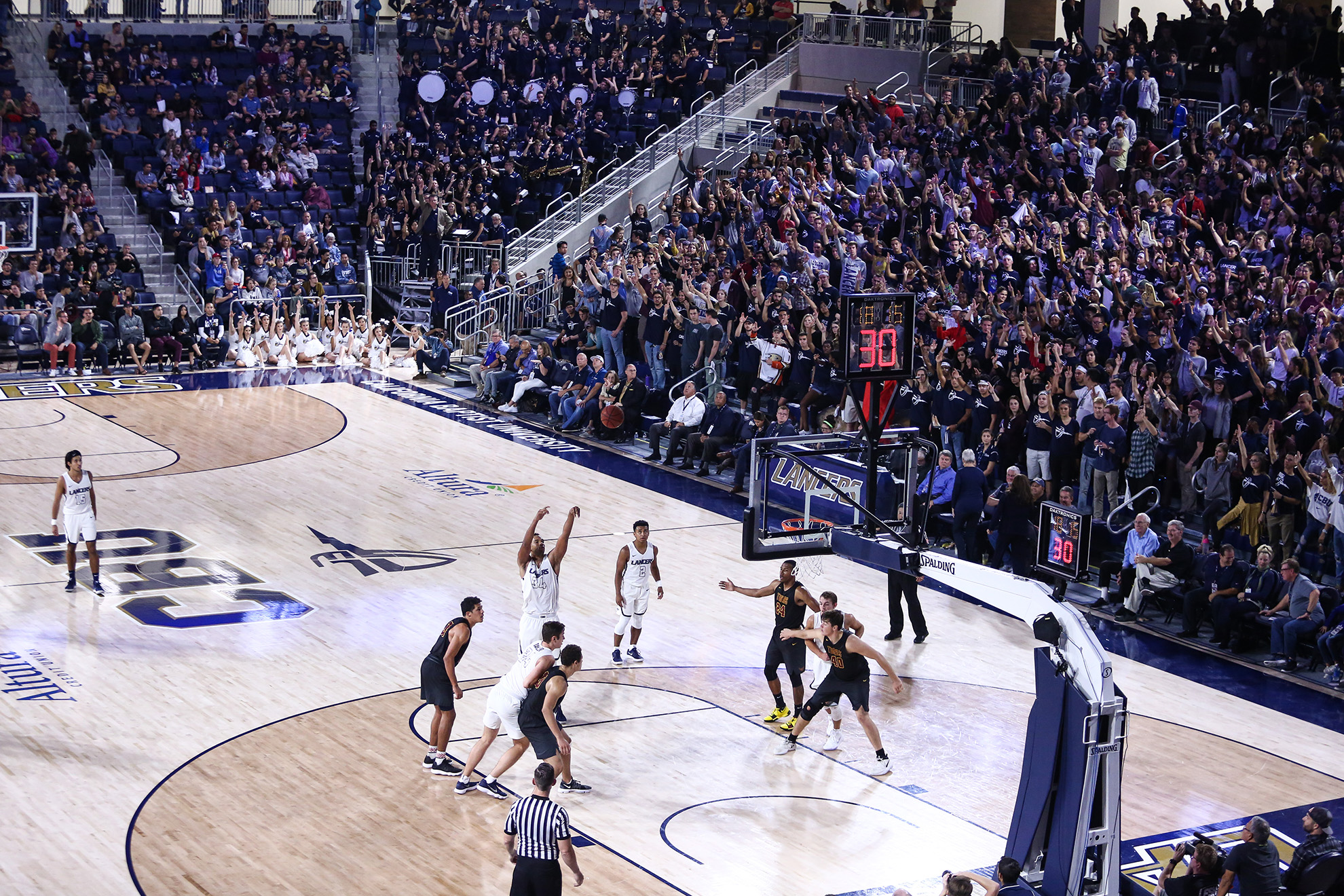 The Lancers men’s basketball team at California Baptist University plays its first game in the Events Center in front of nearly 5,000 roaring spectators on Nov. 10.

Holliday said the drumline combined with CBU’s new school fight song, “Lance Up, CBU!” help advance the Pep Band to the next level.

“From my perspective, basketball games wouldn’t be the same without the Pep Band,” Holliday said.

“The Pep Band is a huge part of the basketball game experience. They keep the crowd engaged in the experience [even] when the game isn’t in play,” Parker said.

Jacob DeRieux, drumline captain at CBU, said he hopes the percussion team will leave a lasting impression on spectators.

“A drumline is not something people really see outside of schools too often, so it's exciting to see it when you get the chance,” said DeRieux, a music education junior.