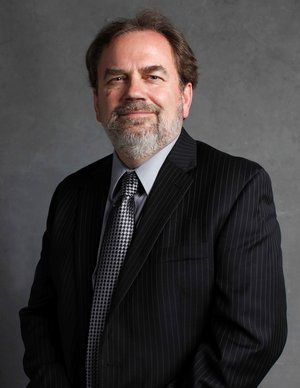 Riverside, Calif. (April 17, 2018) - The Riverside International Film Festival (RIFF) celebrates its “sweet 16” this year, and Dr. Jim Buchholz, festival president and California Baptist University professor, is thrilled to be showcasing more than 60 films from 14 countries. The festival runs from April 17-22 at the “The Box” in downtown Riverside.

Buchholz is passionate about performing, having acted on stage, performed stand-up comedy, and directed, produced and written short films. He even created a unique course at CBU to combine his interests called The Physics of Hollywood (PHY 112).

RIFF has additional ties to CBU. On April 19, the festival dedicates an evening to highlight the CBU Student Film Festival that will feature 15 student-produced short films.

CBU students will have an opportunity to see their productions on the big screen, Buchholz said. The student festival also is a competition where students can receive awards in several categories.

This year’s festival has two themes important to Buchholz—human trafficking and women’s issues. Since hearing former President George W. Bush address human trafficking in 2001, Buchholz became inspired to bring more awareness to public. Additionally, he has seen the lack of female representation in the sciences, which led him to start the STEM Girls club at CBU.

“Since I've become a filmmaker, I've seen the same underrepresentation of women in film and have added that to my cause,” Buchholz said.