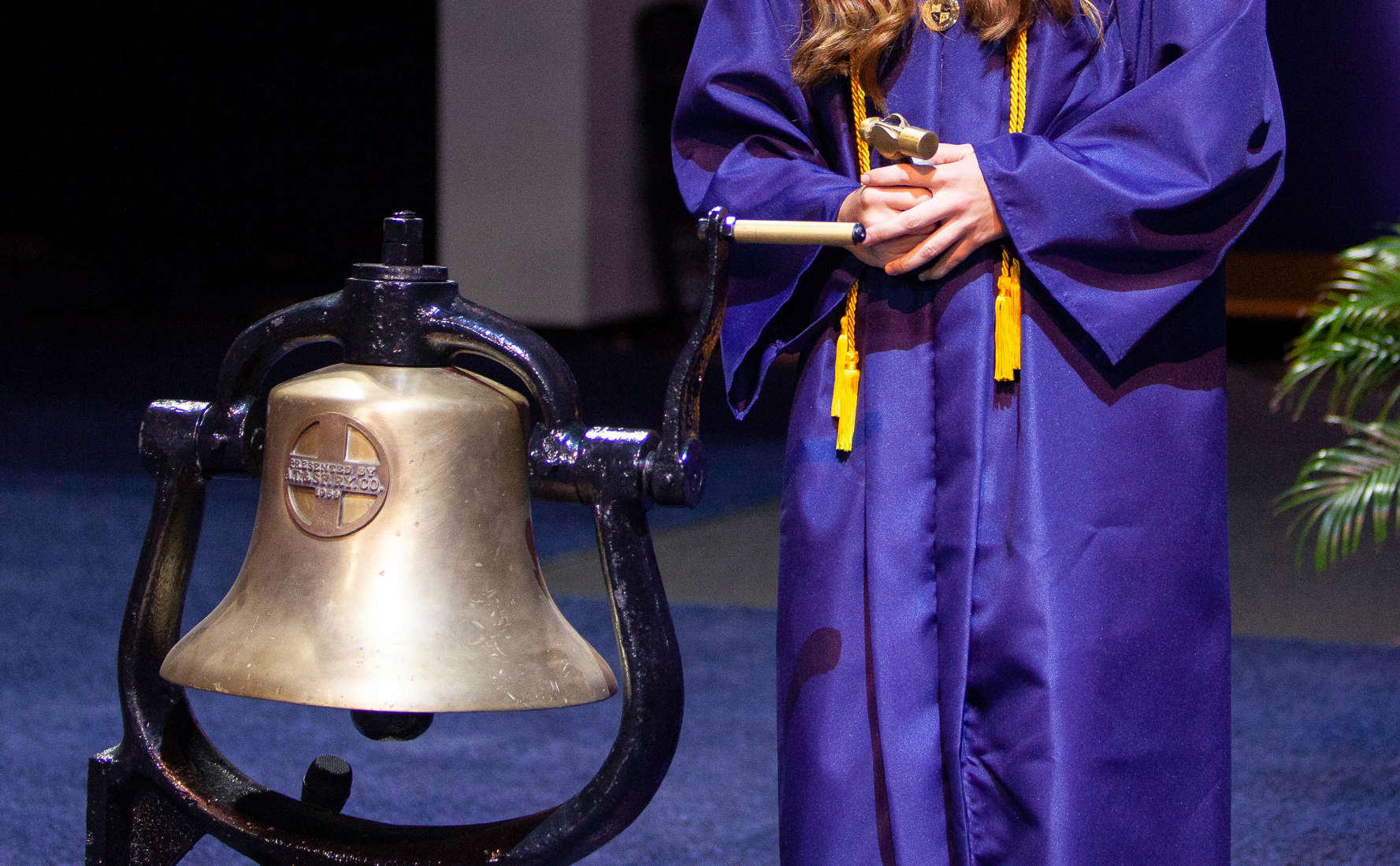 Riverside, Calif. (April 30, 2021) – California Baptist University will celebrate 2021 spring commencement from May 3-6 for nearly 1,800 students who are qualified to participate in the eight ceremonies.

Tradition calls for a distinguished scholar to ring the bell prior to each ceremony. Each toll of the bell represents one decade of the university’s existence. The bell will ring seven times at each of the ceremonies to commemorate the seven decades of academic excellence. CBU was established in 1950.

Binder, who has a 3.98 GPA, said it was an honor to be selected as a bell ringer. She plans to attend a graduate program to become a physical therapist.

“My professors propelled me on my career path through encouraging the pursuit of physical therapy,” Binder said. “I chose CBU because I was looking for an undergraduate school that would allow me to learn from knowledgeable, Christ-centered professors, as well as find like-minded friends who love God and their future career paths, and I am extremely blessed to have found that.”

Booth, whose GPA is 3.95, said reaching graduation was more special after the unpredictability of the past year.

“I learned from outstanding professors and gained the knowledge and tools necessary to step into my career field,” Booth said. “I was also able to learn from many people who challenged me to grow spiritually. I now have a genuine understanding of my faith and am better equipped to go out into the world to share the Good News with others for the glory of God.”

Normoyle, who has a 4.0 GPA, plans to work for Edwards Air Force Base in navigation and guidance testing.

“I have loved how the engineering department focused on integrating our faith with engineering and making our jobs and life a mission field,” Normoyle said. “Professors and faculty were there beside me pushing me to figure out what God’s purpose is for me and after that they were right there to support me.”

Akeh, whose GPA is 3.65, said when she learned she was chosen as a bell ringer she was excited and felt a sense of satisfaction that her hard work paid off.

“As an aspiring young architect, CBU surrounded me with like-minded students and excellent professors, who married the technical concepts with their spiritual values,” Akeh said. “CBU helped me become a well-rounded architect, able to see the light at the end of the tunnel, while remaining positive throughout this incredible and enriching journey.”