Distinguished students to ring in a CBU commencement tradition 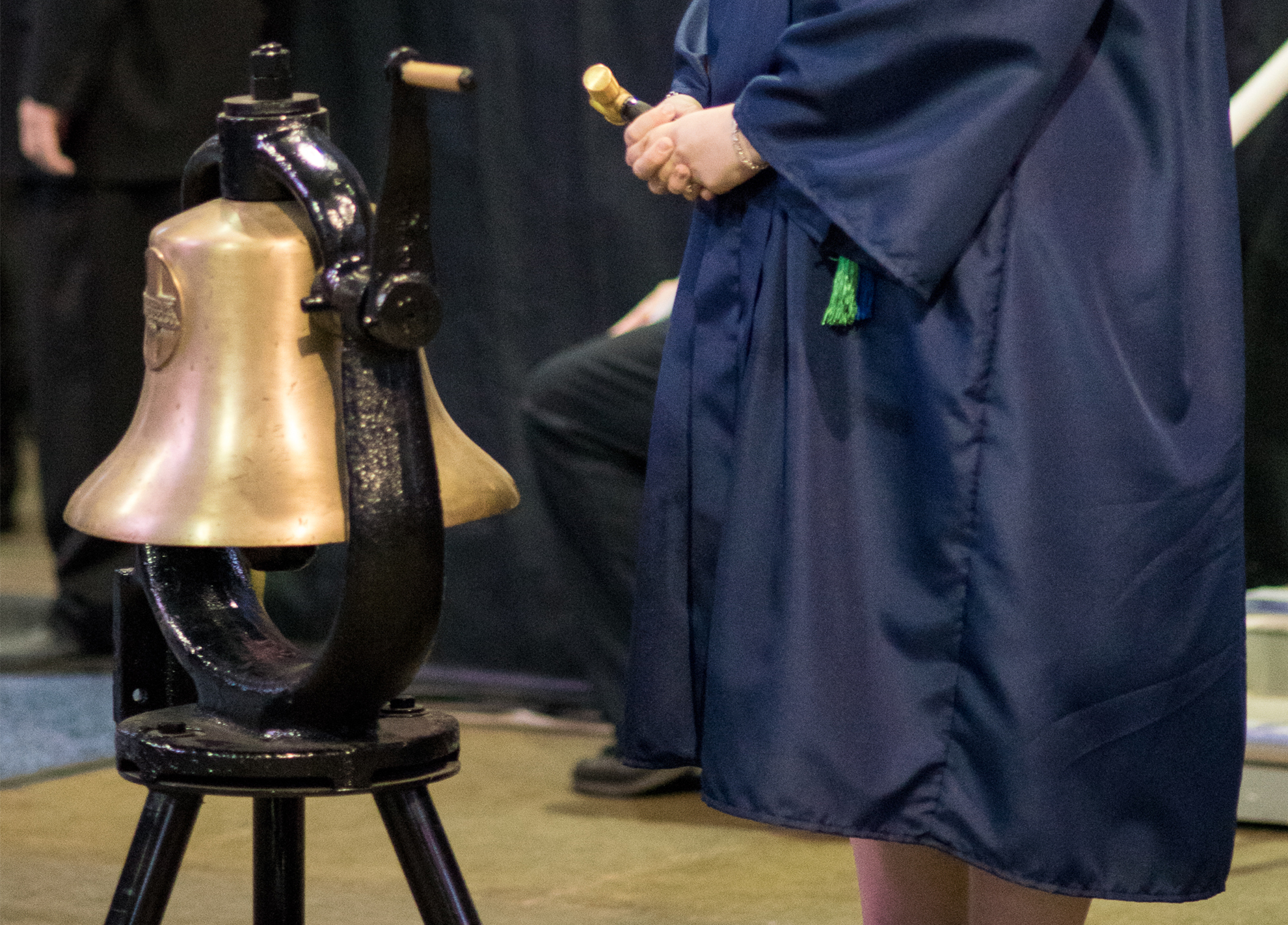 Riverside, Calif. (Dec. 12, 2017) – This week, as more than 800 students of California Baptist University prepare to walk during the three fall commencement ceremonies, they will hear the ringing of the bell, which will be carried out by several notable Lancers.

CBU tradition calls for the ringing of the bell to kick-off each commencement. Each toll represents one decade of the university’s existence. The bell will ring six times at each commencement to commemorate more than six decades of academic excellence. CBU was established in 1950.

Graduates from among the highest-ranking students were chosen for the honor this fall.

Nichols said she is elated to be involved in the prestigious tradition of ringing the bell at CBU. Nichols, who has a current 4.0 GPA said she desires to start a career in the field of early childhood education after graduation.

“Through my time at CBU, I have gained valuable information about the development of children which has shaped my career goals,” Nichols said. “Spiritually, CBU has allowed me to grow in my relationship with God. I feel blessed to have been taught by brilliant men and women who have a passion for God and learning.”

Ramos, who currently maintains a 3.96 GPA, has a job as a tax accountant waiting for her after graduation.

“I have been able to meet lifelong friends [at CBU] that encourage me in my faith and pray for me,” Ramos said. “My journey at CBU has been the biggest blessing. I am so grateful for all that I have learned and the people I have met during my time at CBU.”

Davis, who has a current 3.98 GPA, is currently serving in an internship role at St. Joseph Hospital of Orange. Davis will continue her educational endeavors in the physician assistant studies program at CBU after she earns her undergraduate degree.

“CBU has prepared me for the future,” Davis said. “My professors have been great mentors. They have really guided me and laid out a path for me to follow to my chosen profession as a physician assistant.”