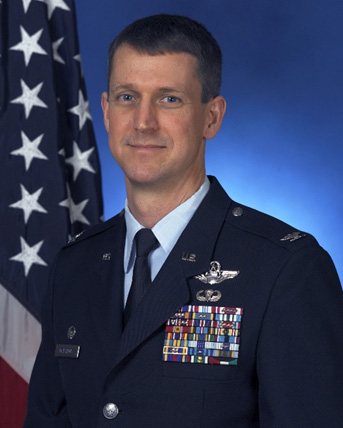 “My family and I are blessed to have the opportunity to serve at CBU. Many areas drew us to CBU. The commitment to excellence and proven backing from leadership from the very top are strong aspects,” said Marselus. “The university made a large investment into the aviation department in hiring superb staff and faculty in addition to purchasing a new fleet of aircraft and providing facilities at the airport for academics, flying and maintenance. This has provided a strong foundation for growth and expansion.”

Marselus served in the U.S. Air Force for 25 years retiring in 2010. He received numerous awards and recognitions including the Anthony C. Shine Award for Top Professional Fighter Pilot and the Distinguished Flying Cross for heroism.

Marselus has over 3,500 flight hours primarily in the A-10 Thunderbolt and F-15E Strike Eagle fighter jets instructing and flying combat missions in both aircraft. Marselus last assignment in the Air Force was as the commander of the 607th Air and Space Operations Center located in Osan Air Base, South Korea.

"We are thrilled and grateful to have Dr. Marselus assume leadership of the department of aviation science,” said Dr. Gayne Anacker, dean of the College of Arts and Sciences at CBU. “He brings a wealth of experience to CBU, from a distinguished career as a fighter pilot and unit commander in the U.S. Air Force to high-level leadership in academic aviation programs.  His ministry in church leadership also reveals a heart for God. This is a great fit for CBU."

Marselus comes to CBU after a several year stint at San Diego Christian College, where he served as the director of aviation while pastoring on staff with Shadow Mountain Community Church.

Marselus has a Bachelor of Science in Aeronautical Engineering from the U.S. Air Force Academy and a Master of Strategic Studies from Air War College. Additionally, Marselus obtained a Master of Divinity and Doctoral of Divinity (highest honors) from Liberty University. Marselus is married to Kim, and the couple have seven children.

“It is a great honor to pass on the many experiences, knowledge and faith to the next generation to prepare them to carry on for God’s glory. This is the Lord’s aviation department, I am simply the steward,” Marselus said. “There is no better time in history to begin a career in aviation. The demand for pilots, mechanics, and air traffic controllers has never been higher. Airlines, missionary aviation, military and unmanned aerial systems are all experiencing a critical shortage expected to continue for the next two decades.”