Courtyard Shakespeare Festival at CBU to feature “The Tempest” and “Macbeth” 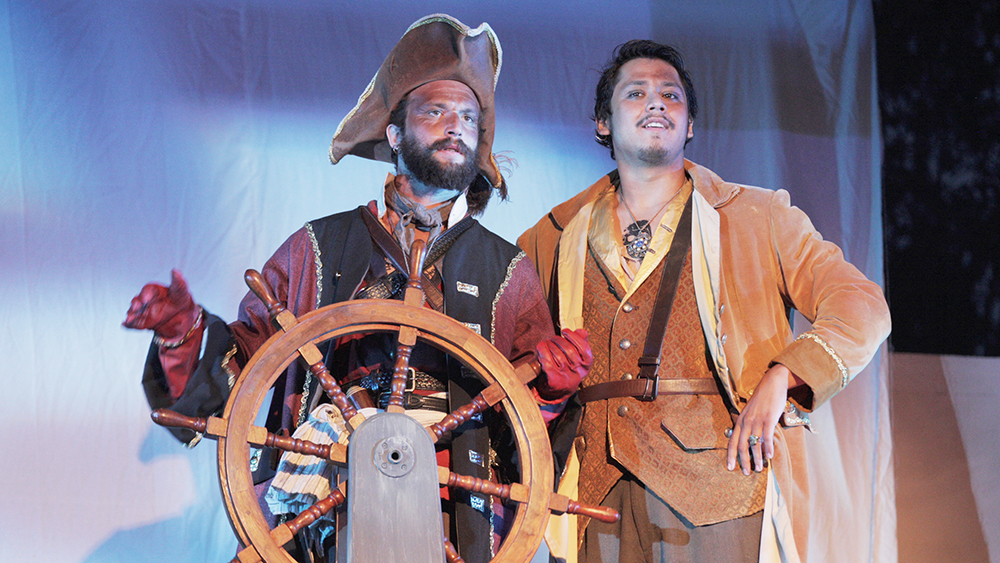 Riverside, Calif. (June 7, 2018) – The third annual Courtyard Shakespeare Festival at California Baptist University opens with a performance of “The Tempest” on June 8 followed by “Macbeth” on June 9.

The theatre department at CBU constructed an outdoor theater in Stamps Courtyard to host the repertory performances through June 23.

“There is a joy that comes from sitting outside on a warm summer evening and watching Shakespeare live,” said Lee Lyons, professor of theatre and the festival’s artistic director. “We have learned that there is an audience for this. There is a charm to that courtyard.”

The festival’s rendering of “The Tempest,” takes place in the mid-1800s and focuses on a magician’s endeavors at dabbling with supernatural power. “Macbeth,” will take place in a post-apocalyptic setting. The play unpacks a murder scene and the ensuing paranoia and madness that follow the evil act.

“Having those actors is a way to elevate the company,” Lyons said. “Now you have actors who have great experience and have worked professionally. Then our [amateur] actors get to integrate with them.”

Patrick Brien, executive director of the Riverside Arts Council, will be directing “Macbeth.” He has performed in previous plays featured at the CBU Courtyard Shakespeare Festival.

“The space is perfect, neatly nestled into the courtyard,” Brien said. “There's something about performing under the night sky. It's a shared experience between actors and audience. You can feel it on both sides of the stage.”