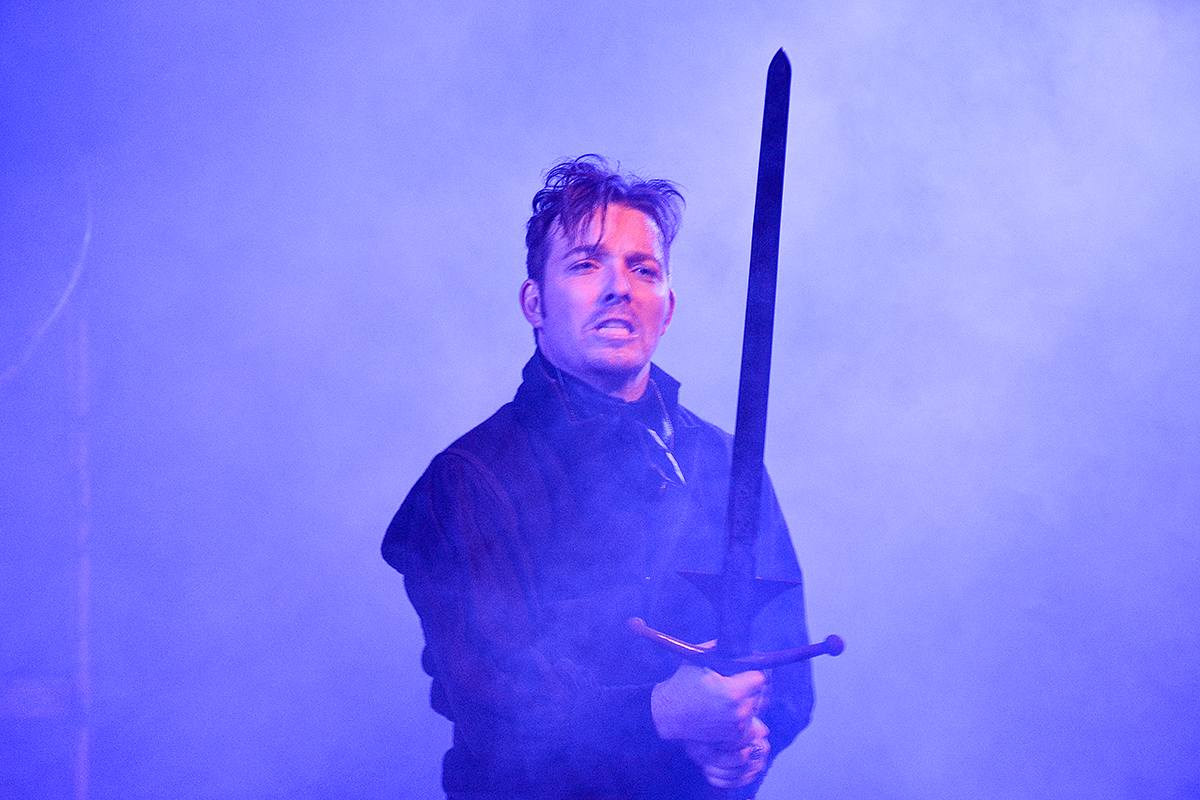 Riverside, Calif. (June 5, 2019) – The words of The Bard will live on during the fourth annual Courtyard Shakespeare Festival that starts on June 7. This year the outdoor repertory production features “Hamlet” along with “Rosencrantz and Guildenstern Are Dead.”

“Hamlet” follows the anguish of Prince Hamlet, who lives with his father’s murderer—his uncle Claudius—who has seized the throne and married Hamlet's mother. Tom Stoppard's tragicomedy “Rosencrantz and Guildenstern Are Dead” is focused around two minor characters from “Hamlet” who suddenly find themselves on the road to a castle, although they really are not sure why or where they came from.

Lee Lyons, professor of theatre, said when he first read “Hamlet” at age 19, the words went over his head. Shortly after, he saw a performance and the story came together. Now, years later, Lyons is directing the play for the first time.

“Even though the words may be unfamiliar, if the actor knows what they’re saying, the audience gets it—the beautiful poetry, Shakespeare’s description of the human experience,” Lyons said. “As I read ‘Hamlet’ and worked on it, it comes alive. It’s so moving, this man’s struggle to know what is the right thing to do.”

Meanwhile, “Rosencrantz and Guildenstern” is a spoof on “Hamlet,” said Frank Mihelich, associate professor of theatre and the play’s director. He said he hopes the audience will see both shows.

“They will get a more full experience. It’s essentially one big play that takes place over two nights,” Mihelich said. “If you come and see ‘Hamlet’ and the next night you see ‘Rosencrantz and Guildenstern Are Dead,’ it’s like watching the same play from the back side of it.”

The theatre department at CBU constructed the outdoor theater in Stamps Courtyard to stage the plays.

“There’s just something about Shakespeare, summer nights, stars and beautiful clouds, with actors speaking 400-year-old text that still talk about the human condition. We can still relate to it,” Lyons said.

Emily Feaster, a theatre senior, plays a lady in waiting in “Hamlet” and a traveling renaissance actor in “Rosencrantz and Guildenstern.”

“I hope the audience walks away with a greater appreciation for Shakespeare,” Feaster said. “Shakespeare is timeless because it relates so profoundly to the lives of people in every era as he gets to the root of human nature and holds a mirror up to it.”

Caleb Leal, who graduated from CBU in May and plays Guildenstern in both plays, said he loves performing outside.

“It really adds a layer of immersion for not only the audience, but for us the actors as well,” Leal said. “It is also more of a challenge, fighting the ambient sounds of nature and the surrounding city, but the challenge is exciting.”