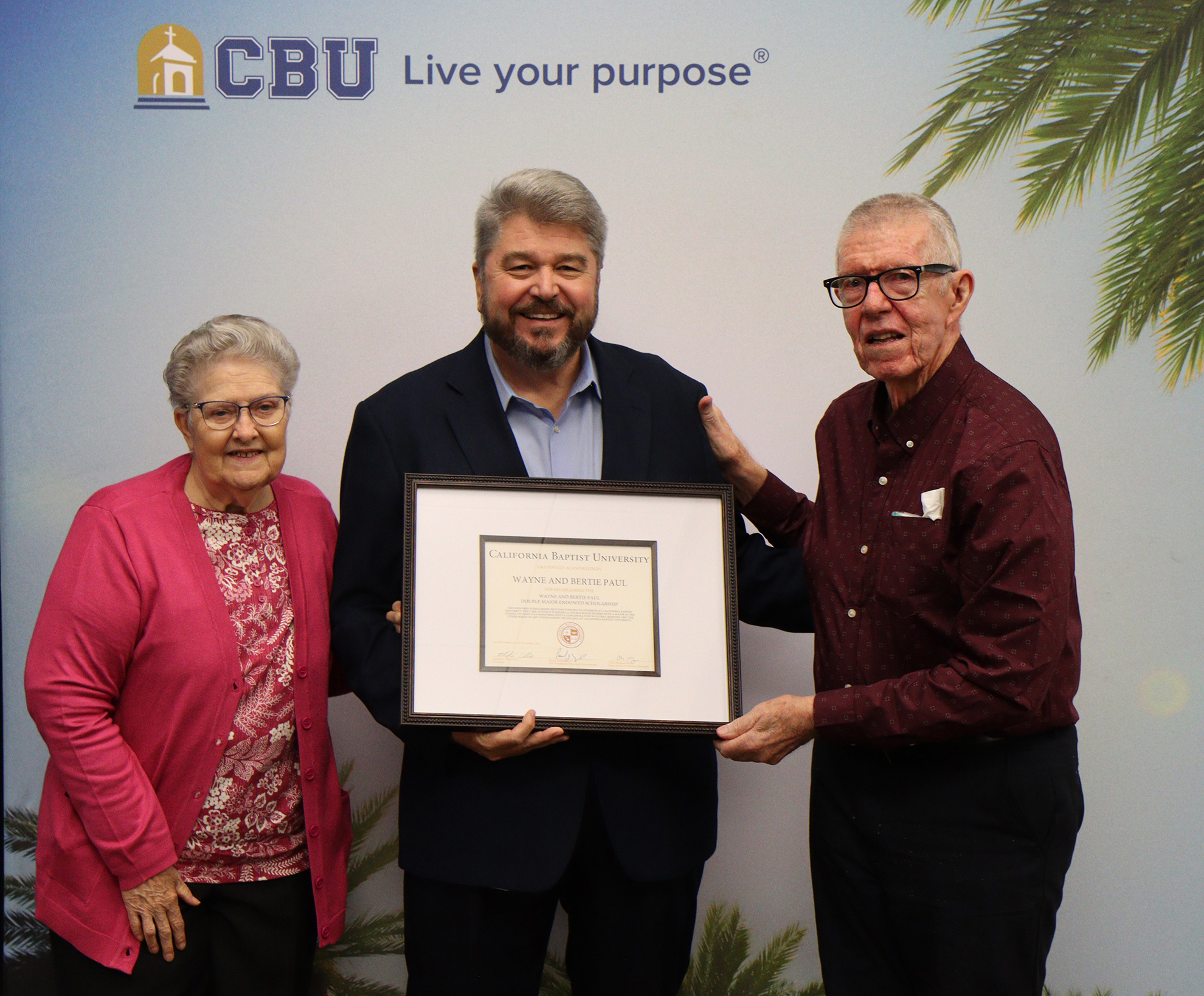 Riverside, Calif. (Nov. 16, 2021) – Wayne and Bertie Paul, longtime supporters of California Baptist University, have given $250,000 to the School of Christian Ministries for a double major endowed scholarship.

Their donation was matched by an anonymous donor. In turn, both gifts were matched by institutional funds from the CBU endowment match program, making The Wayne and Bertie Paul Double Major Endowed Scholarship total $1 million.

“I believe this endowment reflects the legacy of who Wayne and Bertie Paul are and what they have committed their lives to in serving Christ and all of those that He came to save,” said Curt Jarboe, director of development in University of Advancement. He spoke during the presentation of the scholarship on Nov. 9. Jarboe has known the Pauls for more than 40 years.

After careers in education and respiratory therapy, the Pauls went overseas and served more than 20 years, the latter years seeking to reach an unreached people group.

“Wayne and Bertie have created a double major endowed scholarship to help students who are wanting to attend CBU and prepare to do what they have done, and that is to serve in the development of churches among the world’s least reached peoples,” Jarboe said.

Dr. Ronald L. Ellis, president of CBU, told how the Pauls started giving $1 a month to CBU—then California Baptist College—in the 1960s when Wayne’s brother was a student. They have been supporting CBU ever since, Ellis said.

“We're grateful to the Pauls. I want to say personally thank you, Wayne and Bertie, for what you're doing and what you have done and what this gift will continue to do until Christ returns,” Ellis said. “The Wayne and Bertie Paul endowment will surely have significant and long-term gospel impact at CBU and throughout the world.”