The founding of the American government was “extraordinary,” lecturer says on Constitution Day 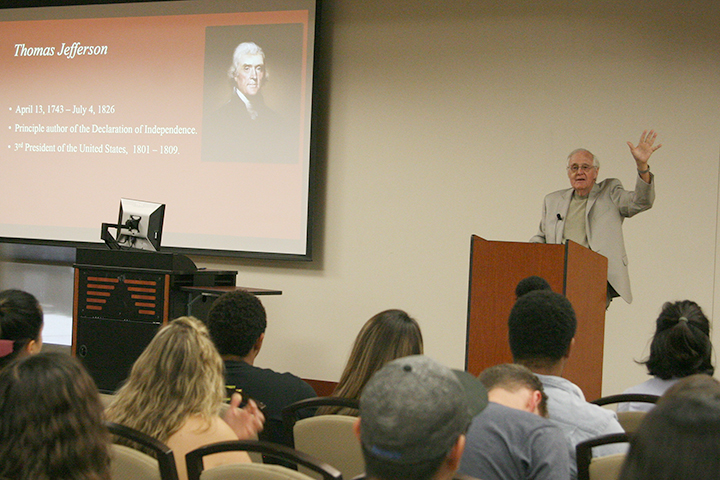 The phrase from the Declaration of Independence that refers to nature and God as “self-evident truths” is extraordinary, said Erler, professor of political science emeritus at California State University, San Bernardino said. Those principles, derived from both reason and revelation, serve as the basis for U.S. citizens’ constitutional rights.

“The Declaration of Independence says it is the self-evident truth that ‘all men are created equal and that they are endowed by their creator with certain unalienable rights.’ A creation and a creator are acknowledged to be the foundation of this government,” Erler said. “I believe it was this agreement between reason and revelation…that not only made the American founding a success but made it an exception. “

In the view of James Madison, often called the "Father of the Constitution," the Constitution was created to put into practice the principle of the Declaration of Independence, Erler said.

“Everyone has equal rights and the government has to be dedicated to the equal protection of the equal rights of everyone who consents to be governed,” Erler said.