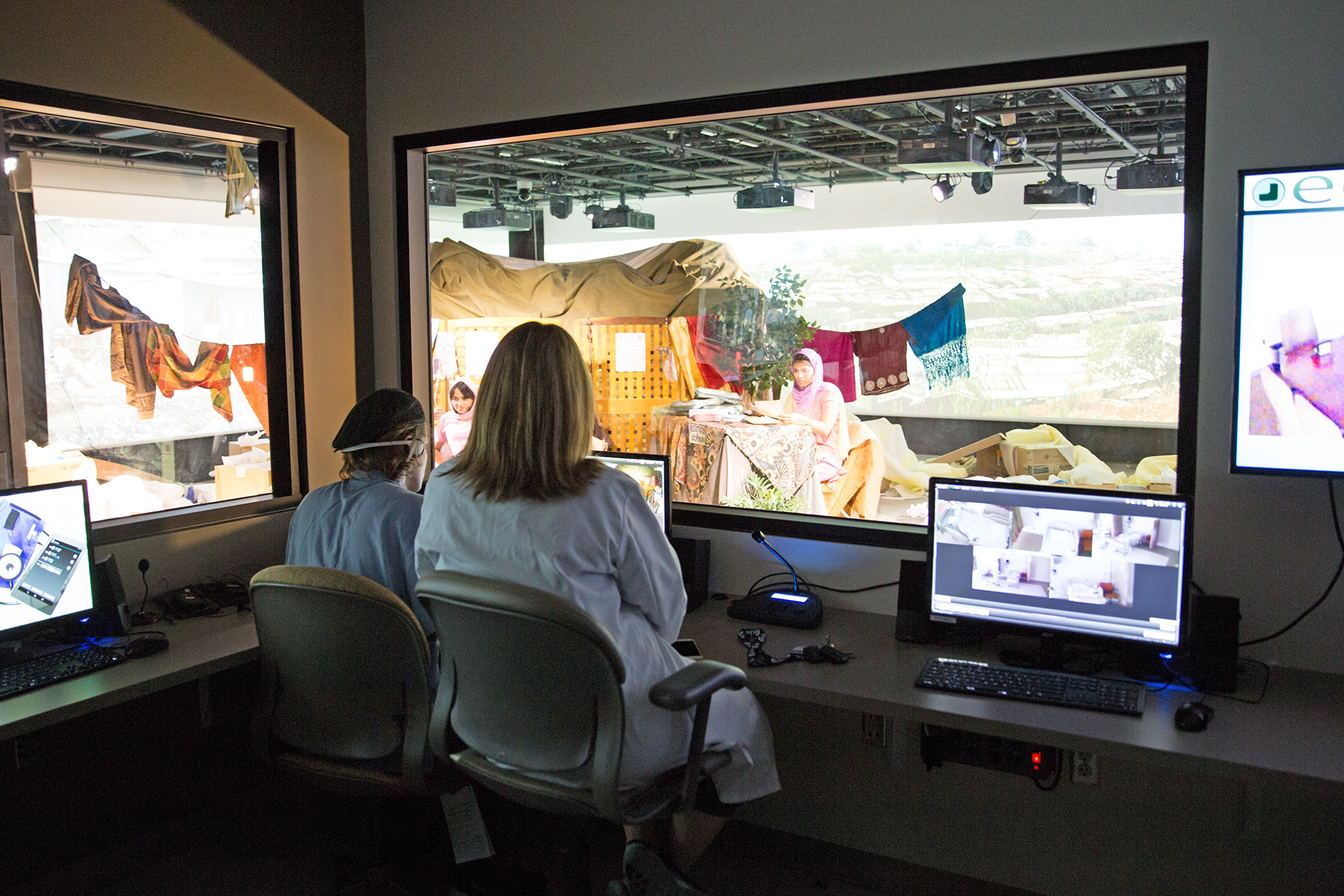 College of Nursing faculty members can monitor a scenario from the control room at the simulation studio.

Riverside, Calif. (Aug. 16, 2017) – The College of Nursing at California Baptist University has received provisional accreditation through the Society for Simulation in Healthcare.

The college’s Interprofessional Education Learning Resource Center is one of a handful of programs accredited in California and the only one in the Inland Empire. The Society for Simulation is the largest international accrediting body for healthcare simulation.

“CBU is all about being practice-ready,” said Sarah Pearce, assistant director of the Learning Resource Center. “If students can come here and learn the skill in simulation, it’s good for them when they actually go out into their clinical practice, because they feel less apprehension. They’ve already practiced it.”

The state-of-the-art simulation studio at the CBU College of Nursing can place students in a scenarios such a mental health ward or an apartment simulating community health. Simulation also happens in skills laboratories, where students learn to handle “emergencies,” and in interprofessional education simulations, where graduate students learn to work in teams with other health-care professionals.

The National Council of State Boards of Nursing is looking at increasing simulation to 50 percent of students’ clinical time, said Dr. Dayna Herrera, associate professor of nursing and director of clinical simulation and learning resources.

“It prepares them for the real world,” Herrera said. “They can make errors safely.”

Students retain more in simulation compared to lecture or group projects, because it is applied practice, said Pearce.

In two years, the program can apply for full accreditation. In the meantime, the program will work on upholding the society’s standards and collecting data, such as feedback from students and educators on the simulations,Herrera said.

One of the strengths the society noted on the accreditation form was “administrative support for innovation and development of new simulation programs throughout the School of Nursing and other disciplines on campus.”

“We’re excited about the accreditation,” Herrera said. “We’re also thankful for the support we get from the university.”