Chapel speaker tells of the hope she found in a shoebox 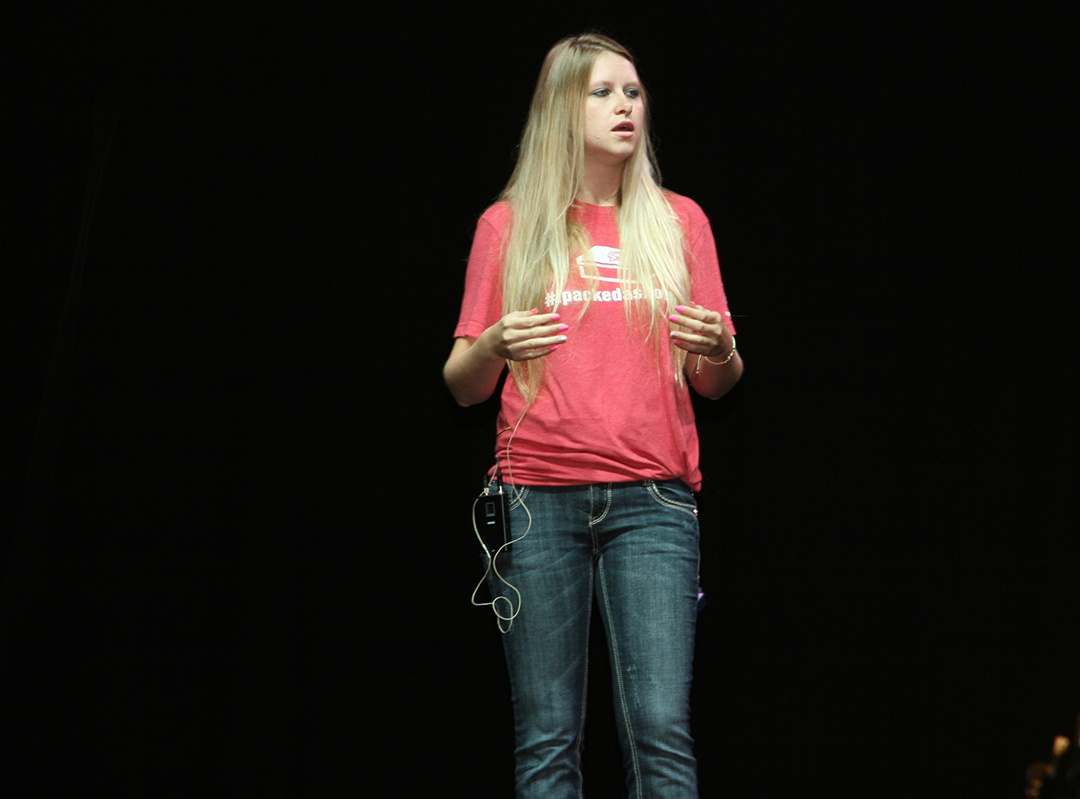 Riverside, Calif. (Nov. 1, 2016) – “I was afraid to open my shoebox, because until that point, I had been disappointed so many times in my life,” Elena Hagemeier said of the box she received from Operation Christmas Child. “I was afraid that the inside of my box wouldn’t be as bright as the outside of the box.”

Hagemeier grew up in a very poor and abusive home in the former Soviet Union. When she was 8, she and her younger sister where placed in an orphanage, Hagemeier told California Baptist University students in chapel on Oct. 31.

Although life was better, Hagemeier recalled not having hope for her future. Then, when she was around 10 years old, she got the shoebox from Operation Christmas Child, a ministry of Samaritan’s Purse. It was the first gift she had ever received.

She let her sister, who liked to draw, open her box first. It was full of coloring books, markers and colored pencils.

When Hagemeier opened her box, it was full of pink items, a color that she loved. However, the shoebox meant more to her than just the stuff inside.

“This small box was telling me that I was worth somebody’s time to pack a box,” Hagemeier said.

The shoeboxes included a booklet, “The Greatest Gift,” in her language, which told the story about Jesus. Although she could not imagine a God that would love her so much, Hagemeier started to pray for a family for her and her sister. In 2004, they were adopted by an American family.

“What [the children] will love the most is the fact that you packed a shoebox for them, and that [some will] feel love for the first time and that they get to feel that hope that God gives them,” Hagemeier said. “That is the greatest gift that we can give to these kids.”

CBU packed more than 550 shoeboxes last year. This year, the CBU community can participate in Operation Christmas Child on Nov. 10 from 6:30-8:30 p.m. at the Recreation Center.