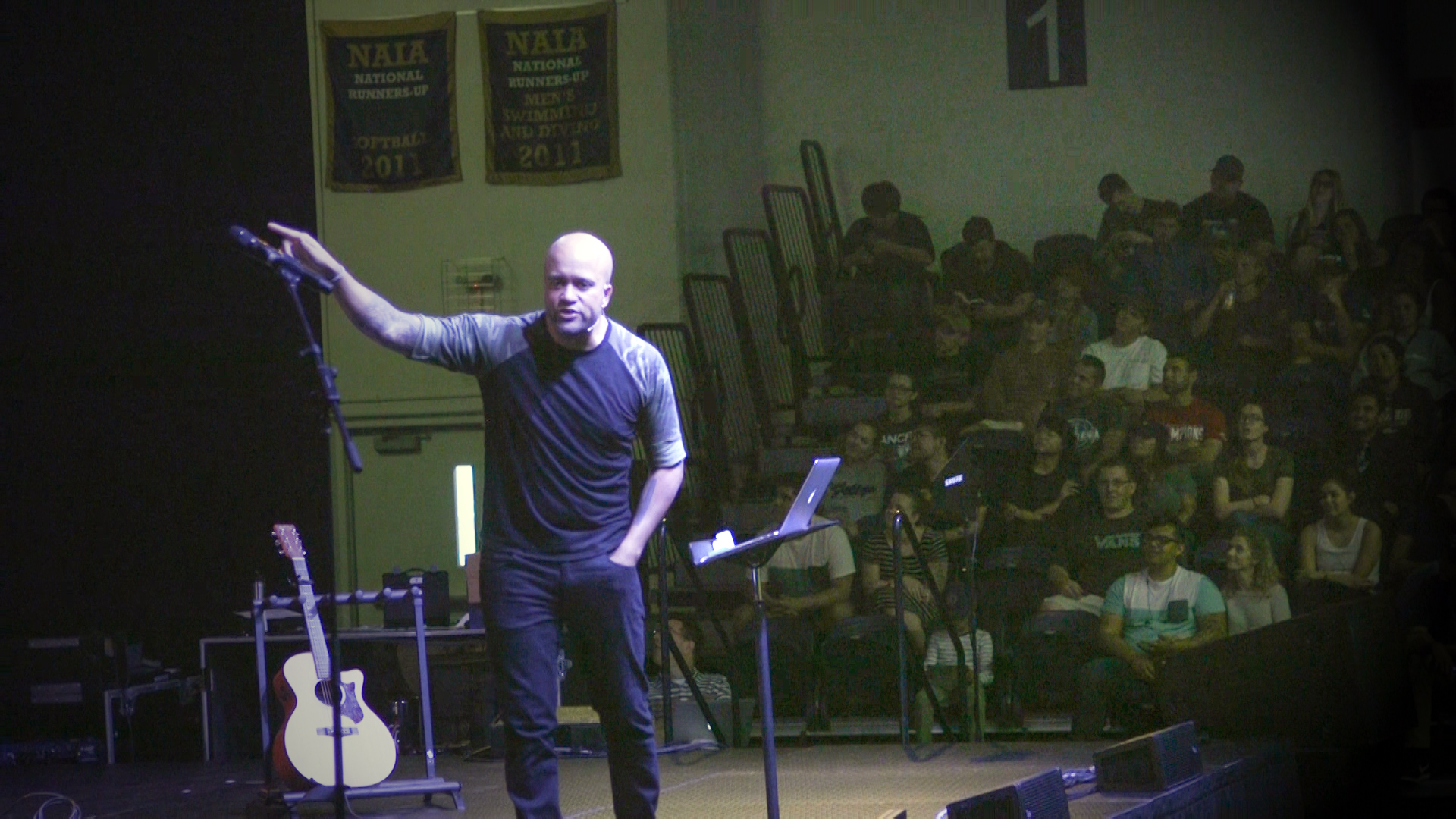 Riverside, Calif. (April 7, 2017) — “Moments are the makers in our lives,” Carlos Whittaker told a California Baptist University chapel audience. “You guys are living in a season right now where the moments you decide to create will mark the rest of your lives.”

Whittaker is a worship leader, author, blogger and musician who resides in Nashville, Tennessee, with his wife and three children. He spoke at the CBU chapel service on April 7.

Whittaker said as he started to study the life of Jesus to become more like Him, he began to form the concept of becoming a “Moment Maker,” which he describes as a deliberate way to make every moment of every day count.

Whittaker used scripture to illustrate the numerous “Creator Moments” Jesus had when it came to healing the sick.

Whittaker said if these moments are wrapped in Jesus, then one day the fruit of those acts will be revival.

“We can’t live our Christian faith on accident,” Whittaker said. “I did that far too long. Once you start living your faith on purpose, you start seeing small hints of revival.”

“These are the times believers need to stand still and try to discern the voice of God,” Whittaker said.

Whittaker shared a humorous story of a Justin Bieber concert he attended with his daughters. He recalls feeling distraught when he noticed that one of his daughters cried throughout the concert. His confusion turned to frustration when he found out the reason for the crying—“It’s because I love him so much,” his daughter said on the way home.

“Excuse me, you love him? I almost launched into her. ‘You don’t know about the first thing about love,’” said Whittaker with a chuckle about his immediate thoughts to his daughter’s response. “[In that moment] I felt like the Lord said, ‘stand still… Instead of telling your daughter why her love is so wrong, instead, tell her why my love is right.’”

Whittaker said he proceeded to have a lengthy conversation about Jesus’ love on their way home from the concert.

“We need to learn to gaze at God and glance at life,” Whittaker said. “We can flip it. We can gaze at life and then when we’re desperate, glance at God, but that’s not how we live a ‘Moment Making’ Christian life.”