CBU students do their best to “Woo” audiences at talent show 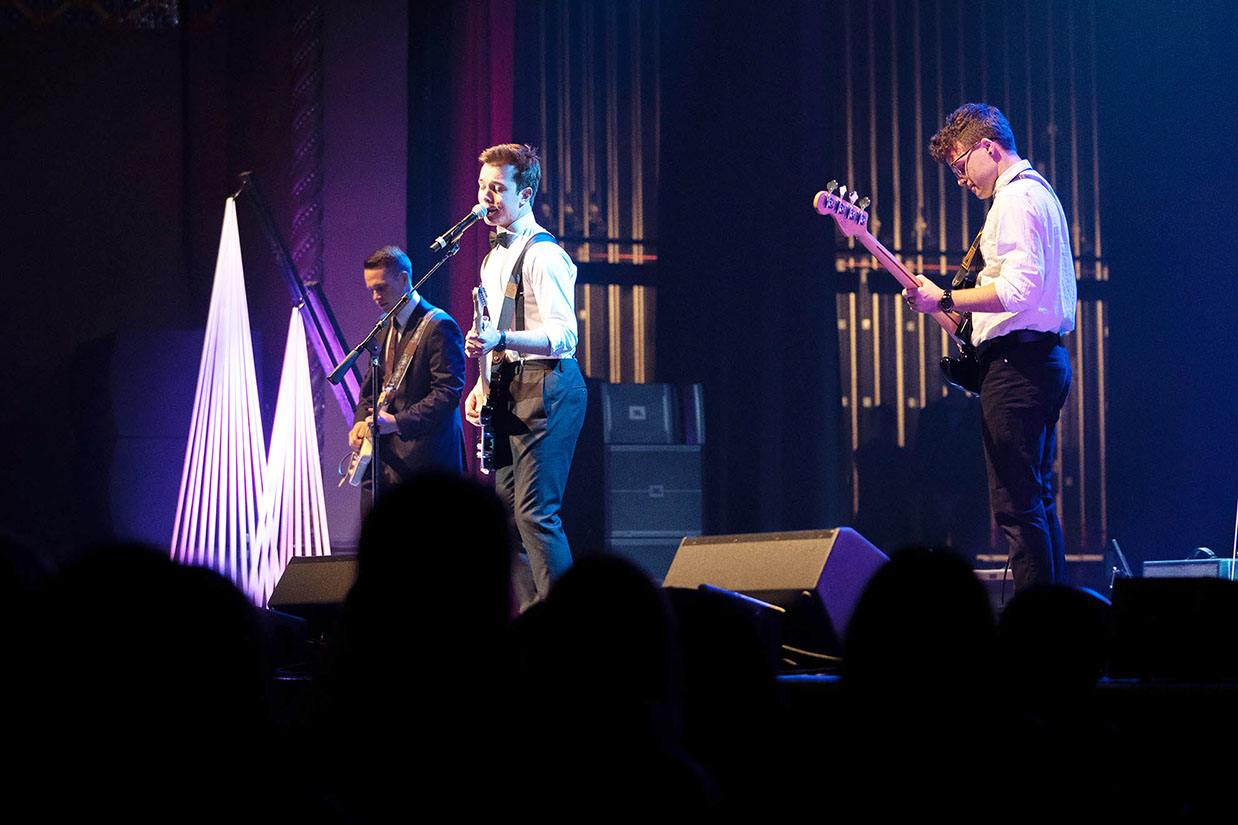 Riverside, Calif. (Feb. 11, 2019) – The popular Woo Fest, a California Baptist University student talent show, had its largest turn-out ever with more than 2,000 spectators who showed up to watch the traditional event at the Fox Performing Arts Center on Feb 8.

The Woo Fest originated a decade ago around Valentine’s Day as an opportunity for the male students at CBU to “woo” the females with their various talents. The event has evolved into one the largest events at CBU.  Many students dressed in formal attire for the event.

Sarah Pacheco, a business administration freshman, said she enjoyed how she was treated at the Woo Fest.

“It is awesome how they made us feel so good as ladies. It was just a great night, I loved it,” said Pacheco.

Upon entering the Fox Theater, each female student was given a red rose and escorted to her seat.

“It was so nice to have all the girls feel appreciated especially right before Valentine’s Day. I really felt as though I was treated like royalty,” said Samantha Maynard, a psychology freshman.

The evening featured 10 different acts. In addition, the audience roared with laughter while viewing brief prodigy videos of popular movies such as the “The Notebook” and “La La Land.”

“It was great coming to see my fellow students perform. They are all so talented and it was great to come and support them,” Kendale said.