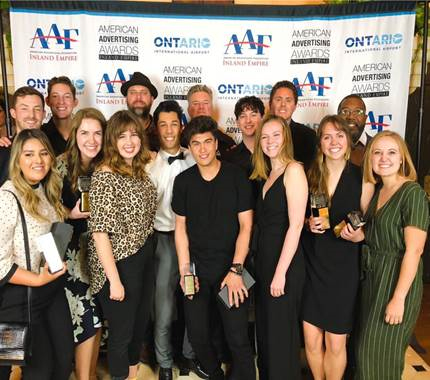 Mallory Cheatham, a CBU senior, earned Best of Show in the student category for Elements of Advertising – Illustration.

Michael Berger, program director for graphic design and photography, noted that CBU students have won Best of Show and Gold awards in the past four competitions.

“These wins are a testament to CBU’s graphic design and visual arts program’s quality and the students’ hard work,” Berger said.

The CBU Marketing and Communication division earned five awards, including Gold and a Special Judges Award for Integrated Advertising Campaign: “Live Your Purpose.”

Local Gold and Best of Show winners will advance to the district competition with a chance to move on and compete at the national level.

To see a complete list of winners in all categories, visit https://aafinlandempire.com.