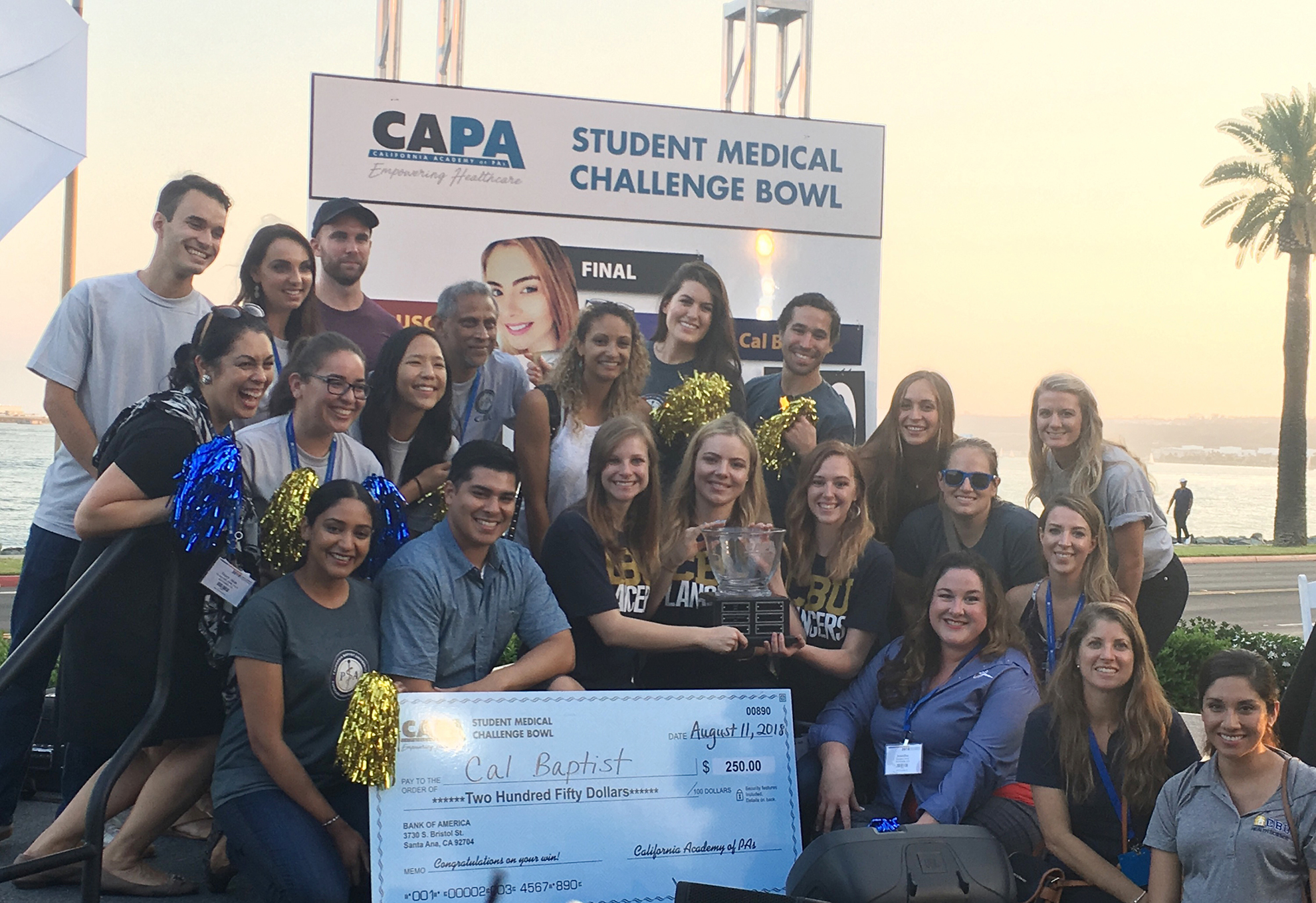 Riverside, Calif. (Aug. 17, 2018) – For a second year in a row, California Baptist University students displayed expertise in their field by winning the California Academy of Physician Assistants (CAPA) Student Medical Challenge Bowl on Aug 11. The competition was held during the CAPA summer conference in San Diego.

The physician assistant program at the College of Health Science will graduate its first students in the summer commencement ceremony Aug. 23. The CBU team competed against eight other collegiate programs, besting the University of Southern California and University of California, Davis in the final round.

“A second consecutive win for this state title further demonstrates great preparation, strategy and support,” said Mary Ann Stahovich, assistant professor of physician assistant studies. “As members of the CBU family, we are excited to share this great news with the whole CBU community.”

The winning team consisted of Jillian McCoy, Robin Atkins and Julia Hedger, who all made a commitment to practice for the competition despite being busy with clinical rotations throughout the academic year.

“Forcing myself to practice for CAPA forced me to practice board material too, which was very helpful because I’ll be taking my boards in less than a month,” McCoy said.

The students also studied the format of the competition and strategized how they should respond to questions.  Teams scored 10 points for each correct answer and lost 10 points for each incorrect one. In addition, they had to take into account the pressure of the “buzzer system,” which a team could “buzz” in to answer a question before it was even finished being read.

“Winning the CAPA bowl means bringing home bragging rights. Especially because this is our second consecutive win, making us undefeated since our program's inception,” Hedger said.