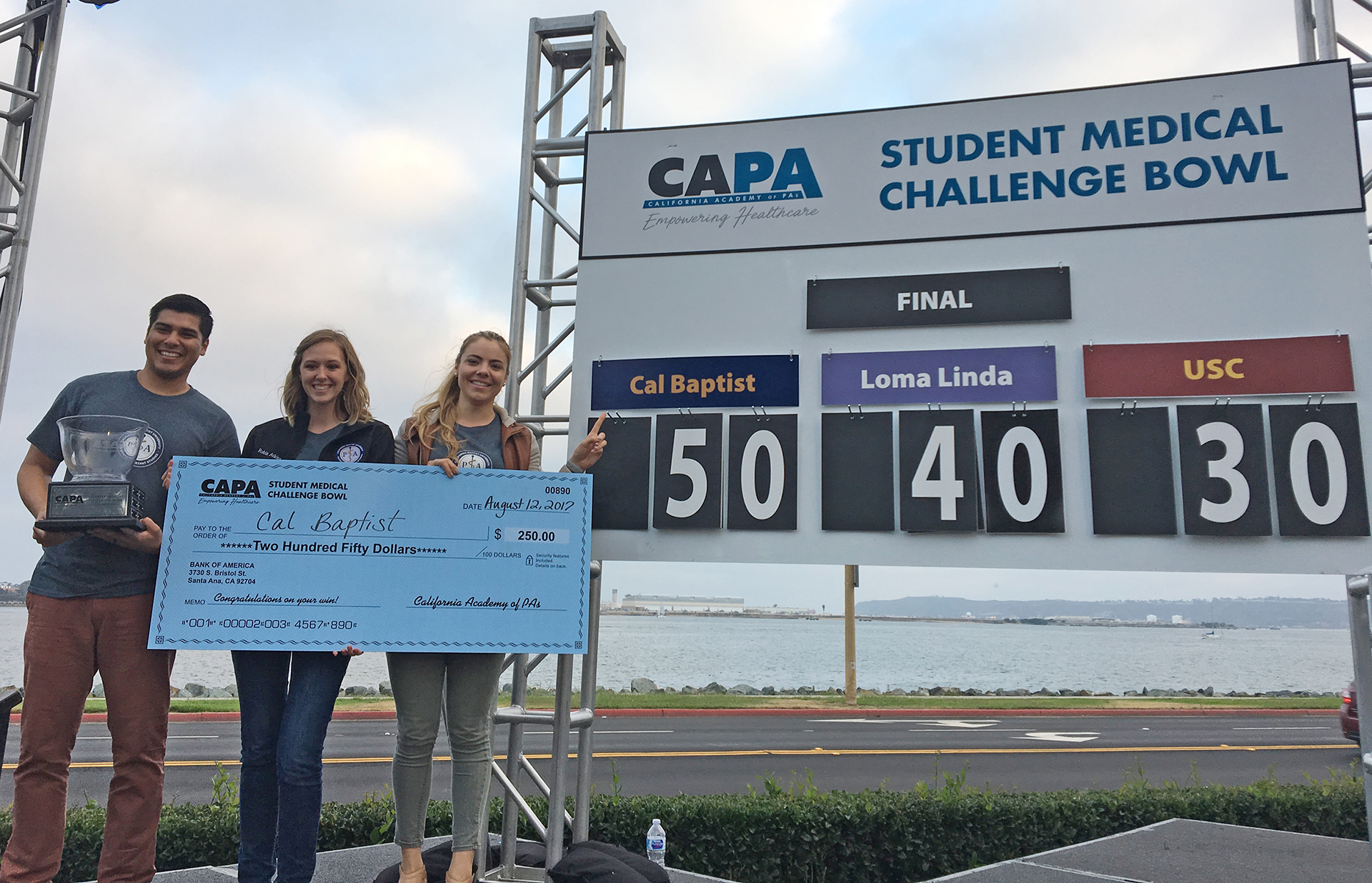 Riverside, Calif. (Aug. 17, 2017) – Students from California Baptist University were faced with this question: A patient with polymyalgia rheumatica develops headaches, jaw tightness and unilateral vision changes. What test will confirm the diagnosis?

Most people would not know the answer, but a student in the College of Health Science physician assistant studies program should. That was the final question the team of CBU students answered to win the California Academy of Physician Assistants (CAPA) Student Medical Challenge Bowl. (The answer: Temporal artery biopsy.)

The CBU program, which just completed its first year, sent a team to the competition Aug. 12 during CAPA’s Summer Conference in San Diego. Four other programs competed in the bowl. In the final round, CBU faced the University of Southern California and Loma Linda University and came out on top.

“The students put us on the map, which is very exciting when you’re going up against these other well-established programs,” said Mary Ann Stahovich, assistant professor of physician assistant studies.

The team—Willie Rivera Landeros, Jillian McCoy and Robin Atkins—started practicing in May, often competing against classmates. McShirley Math, another student, organized the weekly practices, came up with questions and purchased buzzers to make the practices realistic.

The students did extra studying and learned the pressure of the buzzer—buzz too soon, they might not hear the whole question and what it was asking for; wait too long and another team might buzz and get the answer. Teams scored 10 points for each correct answer and lost 10 points for each incorrect one.

“The team worked really well together and we complemented each other,” Rivera Landeros said.

“When we realized we won, we were in total disbelief,” Atkins said. “Going into the competition we did not expect to be very competitive, let alone win, considering we were up against some big schools with well-established programs. It’s kind of like a fairytale dream come true…first-year students in a new program at a small private school and we won!”