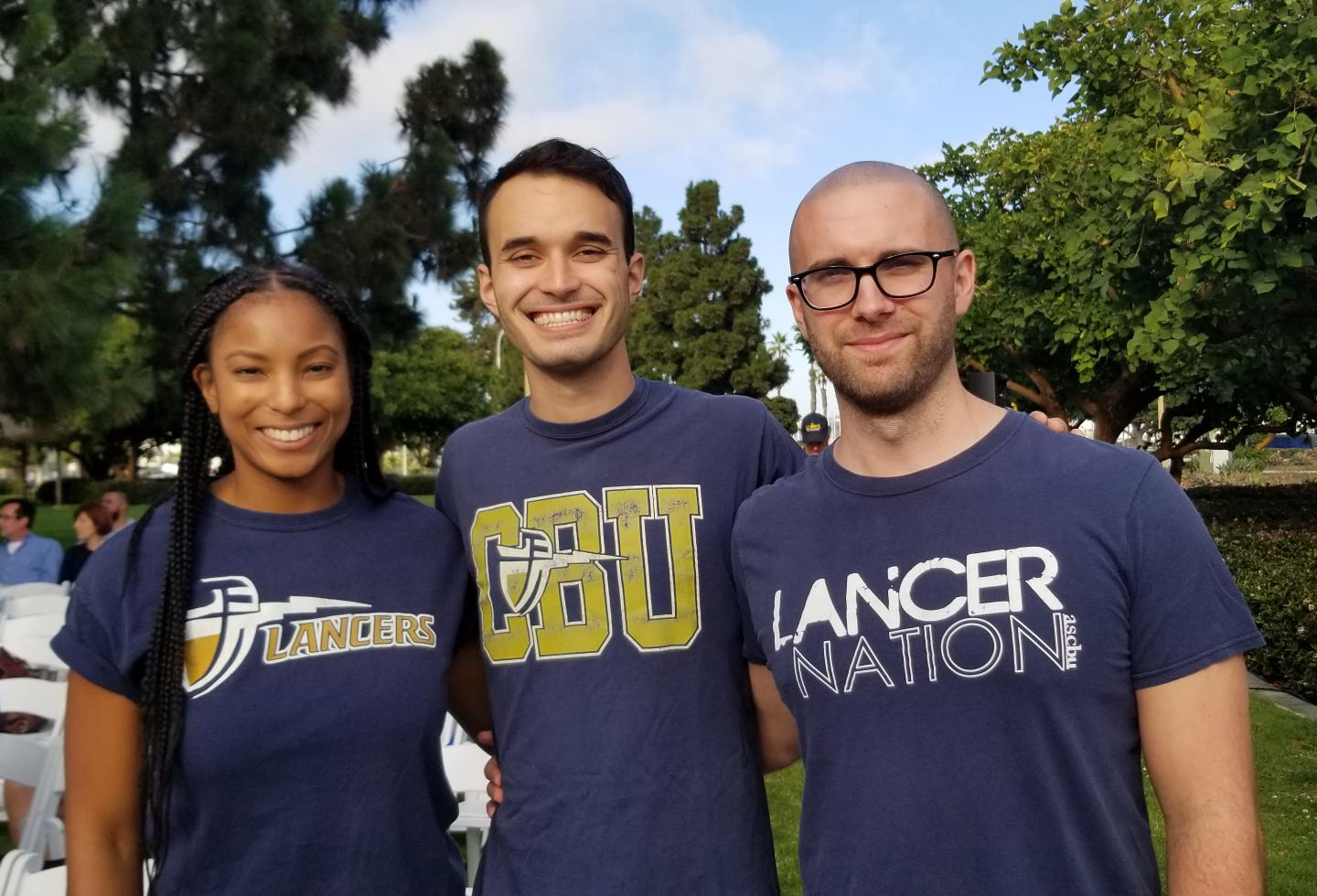 Riverside, Calif. (Aug. 15, 2019) – Students in the physician assistant studies graduate program at California Baptist University had a strong showing at the Physician Assistants Student Medical Challenge Bowl on Aug 10. A team of three students made it to the semifinals.

In the first round, CBU beat University of Pacific, 30 to 0, which advanced the team to the semifinals. The CBU team consisted of Ariel Bryant, Bryan Curtis and Jonathan Edens, with several alternates.

Teams had to answer questions pertaining to their field of study, in a fast-paced competitive environment. Teams scored 10 points for each correct answer and lost 10 points for each incorrect one. In addition, they had to take into account the pressure of the “buzzer system,” which a team could “buzz” in to answer a question before it was even finished being read. CBU had won the event the previous two years.

“A lot of what we’re doing is rapid recall. The answers are really quick,” Edens said.

The students had been preparing for the event since May. The team went through a physician assistants’ textbook, chapter by chapter, and Edens made flashcards to help the group prepare and compete.

Meanwhile, the team had also been busy with clinical rotations. Also, the bowl event came during finals.

“It’s pretty amazing that they committed to doing the bowl,” said Mary Ann Stahovich, assistant professor of physician assistant studies. “It’s coming at an extremely busy time. The fact that they each chose to do this is quite remarkable.”