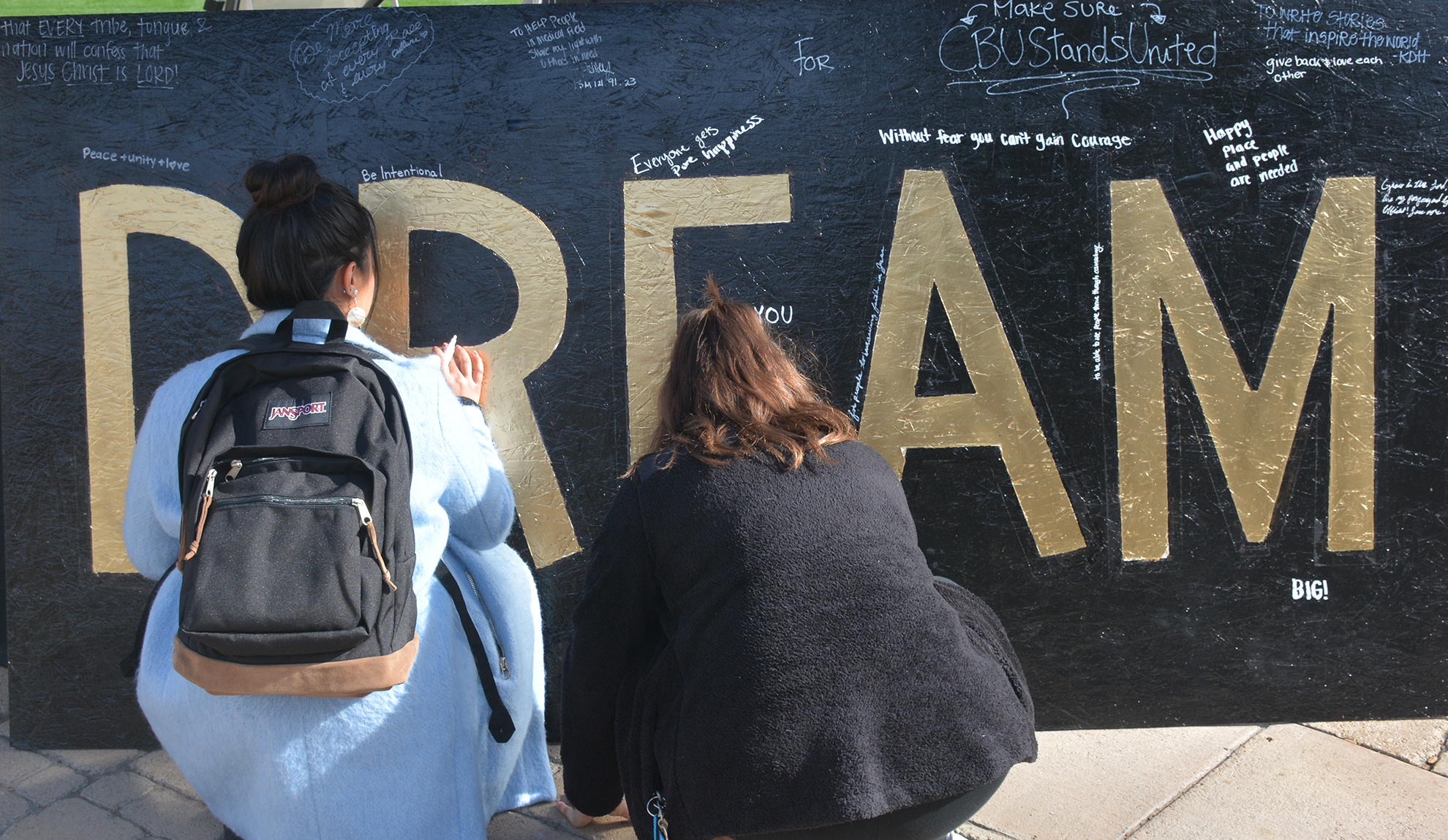 Students at California Baptist University jot down their dreams while reflecting on the Martin Luther King Jr. “I Have a Dream” speech at an MLK tribute held at Stamps Courtyard on Jan. 16.

Riverside, Calif. (Jan. 16, 2018) — With Martin Luther King Jr.’s historic “I Have a Dream” speech booming in the background, California Baptist University students lined up to write down their dreams on a large display in honor of the late minister and civil rights activist.

“His dream might have seemed impossible at the time, but look what has happened since then,” Martin said. “We want our students to dream big about their own lives.”

Alisa Molina, a business sophomore, said that she recognizes King as a catalyst for social change.

“Even though we still have ways to go with race relations in our country, I believe that King Jr. is responsible for a lot of the progress we’ve made,” Molina said.

Kaitlyn Alvarez, an early childhood studies junior, wrote down her dream, “Always show love and kindness to others.”

Alvarez said she views King as a person who had worthy dreams. His life was an inspirational one to follow, she added.

Community Life at CBU will be hosting several other events in the coming weeks to celebrate the life of not only King but also other African-American leaders.

On Jan. 26, there will be a Poetry Slam evening at Wallace Theater where poets or spoken word student artists at CBU will have an opportunity to reflect on influential leaders in their lives.

Additionally, on Feb. 8, CBU will kick off Black Heritage Month by hosting a Dream event at Innovators Auditorium where students will present in numerous artistic ways what King’s contributions to society have meant for them.