CBU students explore culture in the City of Angels 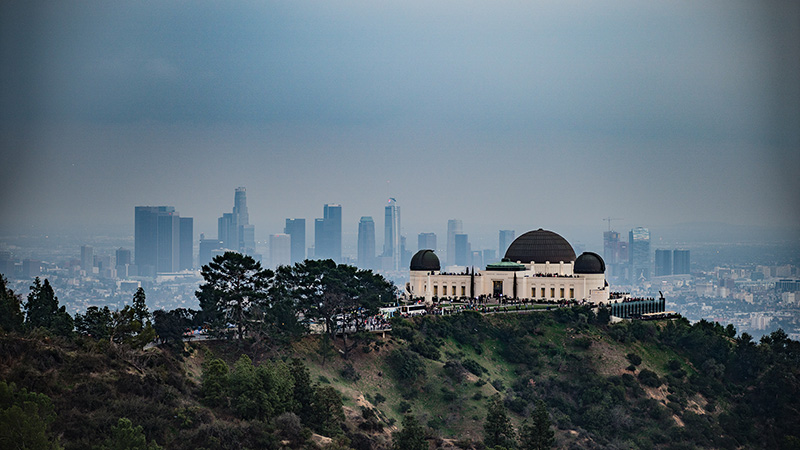 Riverside, Calif. (March 19, 2018) – More than 30 students from California Baptist University got a taste of Los Angeles culture during a day trip on March 17.

“To me, the best way to experience culture sometimes is through food, music and museum experiences,” said George Martin, director of cultural and commuter programs at CBU.  “It’s a way of experiencing the local culture that we have here in Southern California. Some students have never been to LA before.”

Sarah Hom, a psychology junior and a cultural and commuter intern, helped coordinate the trip. The outing gave her an opportunity to explore new sites, she said.

“My highlight was being able to go to Griffith Observatory for the first time and see the sunset over the LA skyline,” Hom said. “I also thought it was pretty cool to see places where Ryan Gosling and Emma Stone filmed scenes for the movie ‘La La Land.’”

The day also gave students an opportunity to connect with their peers. The group traveled by bus, giving students a chance to meet and chat. Additionally, during mealtimes, the students were instructed to pair up to make new connections.

At the markets, students had the opportunity to try a variety of cultural foods, Martin said.

“The whole purpose is for them not to end the day the same way,” Martin said. “They leave with a new perspective and appreciation for the various cultures.”