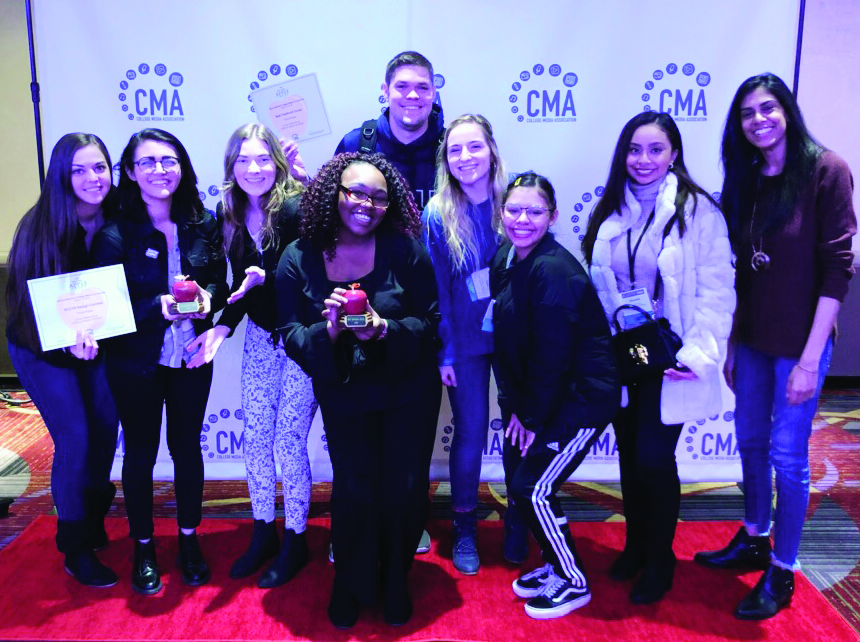 Riverside, Calif. (March 21, 2019) - Students from the journalism and new media and public relations programs at California Baptist University have accumulated 26 awards from preeminent organizations in college media, in a span of a few weeks.

At the Associated Collegiate Press award competition, held on the same evening as the CCMA awards, Lancers TV landed a first place prize—a first for CBU.

“We are excited to receive these high honors in competitions among the top journalism programs in California and throughout the United States,” said Dr. Michael Chute, director of the journalism and new media and public relations program. “Our students work extremely hard to produce top-notch campus publications, and winning such prestigious awards at both CMA and CCMA attests to the excellent work our students are doing for CBU’s campus publications.”