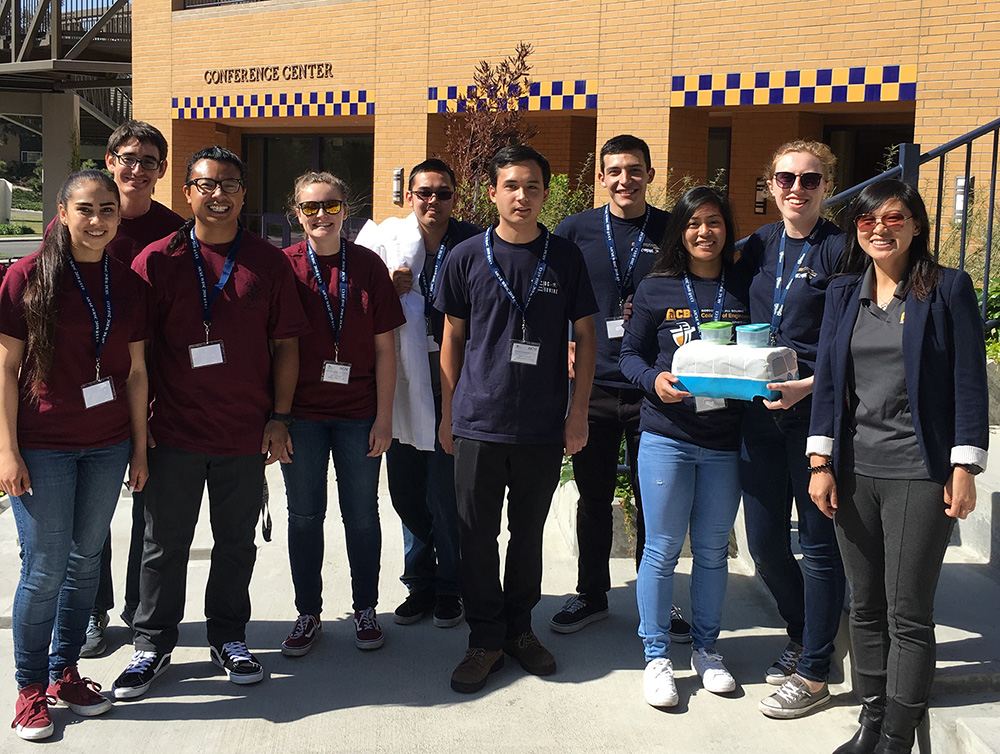 Riverside, Calf. (May 4, 2018) – Students at California Baptist University, along with their “VW Bus,” earned a third-place finish at the Chem-E-Car competition held April 28 at the American Institute of Chemical Engineers (AIChE) Western Regional Conference. The team earned a spot at the national competition held in October.

An additional CBU student team earned a 5th place finish at the event.  The CBU teams competed against 13 other cars.

The Chem-E-Car competition challenges students to build shoebox-sized vehicles that are self-powered and can stop by a chemical reaction. Additionally, the car must travel a specified distance within two minutes, typically 15 to 30 meters, while carrying an assigned amount of water. The car that ends up closest to the designated finish line wins the competition.

Chemical engineering students at CBU, who are part of the student chapter of American Institute of Chemical Engineers (AIChE), built and designed the cars. The third place winner featured students: James Suzuki, Sarah Hrovat, Luis Rodriguez, Kristine Sellona and Edward Mikenas. The team designed the exterior as a tribute to the Volkswagen Classic bus.

The body of the car was constructed with carbon fibers, which provided strength while remaining lightweight, said Dr. Sarah Zhao, assistant professor of chemical engineering and the AIChE club advisor.

Zhao said that the students powered the car by a customized lead-acid rechargeable battery.

“Students demonstrated that they grasped the concept of electrochemical reactions within the chemical engineering domain,” Zhao said.

Zhao said she was proud of the students’ collaborative work.

“Our students performed very well in the competition. They have showcased knowledge across engineering span in their design, and demonstrated their abilities to precisely control chemical reactions,” Zhao said.