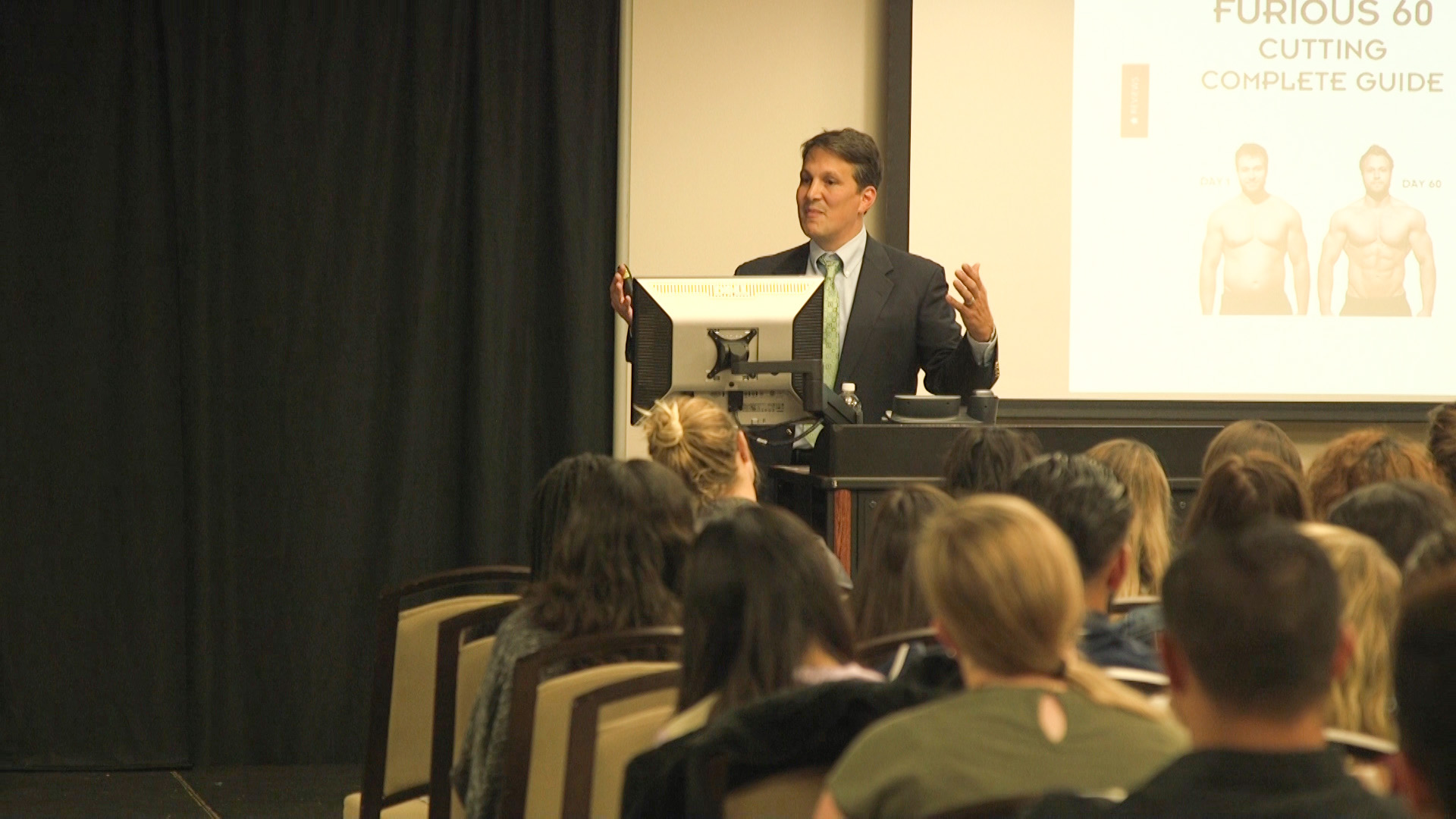 Mar was a speaker for the College of Behavioral and Social Sciences’ Culture and Justice Lecture Series. A Dartmouth College medical school graduate and founder and medical director at the Valenta Eating Disorder Program, Mar focuses his professional efforts on the evaluation, treatment and causes of eating disorders.

Mar said physiological development plays a big role in the evolution of a disorder.

“An eating disorder can also serve as a coping mechanism,” Mar said. He added that the environment where a person grows up in can aid in the development of an eating disorder.

How a person views himself or herself is formed early in life, Mar said. When there is a lack of awareness in these areas, individuals can have an underdeveloped sense of identity.

“An eating disorder is a representative of a flaw in the sense of self,” Mar said. “They are not flawed people, but their identities have a flaw in it. There is a sense of uncertainty and an element of mental illness.”

“[With our patients] we want to explore the self, to identify and heal self,” Mar said of his approach to treating eating disorders. “We want to reduce shame. We want to address guilt, which means we are going to explore inappropriate guilt, correct transgressions against their set of values and approve self-worth through an identification of core values.”

Each person is vulnerable to external influences to varying degrees, Mar said.  It is important to look at what affects and influences one’s sense of self.

“We can actually ameliorate the effects on our sense of self,” Mar said. “It is important to take time and intentionally look at yourself in a positive way, and I think that has a lot to do with community, what our environment is, what our spiritual life is like and what our own aesthetic values are.”